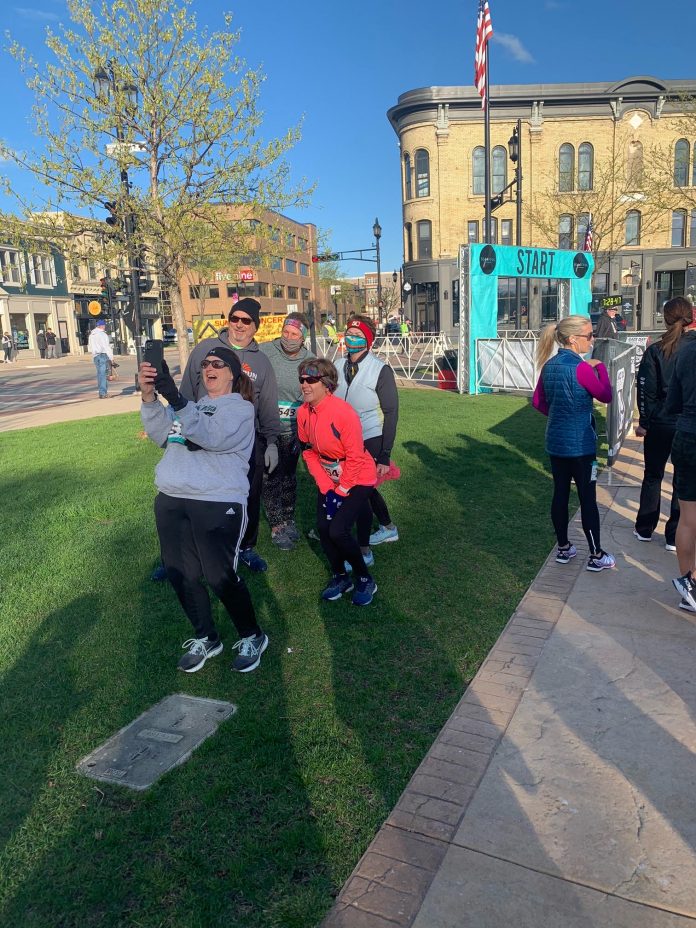 On Saturday, May 8, I attended a brand new race in Oconomowoc, Wisconsin. Hosted by Race Day Events, the BeYOUtiful Half Marathon & 5K kicked off its inaugural year.

The weather cooperated beautifully, note my clever wording here, at the BeYOUtiful race. Race morning began in the 40’s and ended in your 50’s. Sun and blue skies greeted runners as they walked up to the start/finish line.

This race included all of the amenities such as a gender-specific, soft cotton shirt, stemless wine glass, unique metal, and plethora of finish line goodies. There was a finish line shoot, along with a DJ calling out finishers as they crossed. The music kept the energy up and the runners were in great spirits for the day.

The half marathon runners started in waves of 20 people each at 7:30 AM. The 5K runners followed at 7:40 AM. All runners began in downtown Oconomowoc and wove through the business area before entering a paved trail. Half marathoners headed out on the paved trail about 3 miles and circled back into the downtown area. We then went through the residential areas and to word the picturesque town. The course included a high school, several parks, homes, and the business district.

“This flat and fast course is sure to appeal to all runners with only 215 feet of elevation views of three different lakes. The half marathon starts in the heart of Downtown Oconomowoc and takes you out and back on the scenic Lake Country Trail before sending you up the peninsula between Lac La Belle and Lake fowler. Take in the pleasant neighborhoods of Oconomowoc before looping back around and finishing overlooking BeYOUtiful Lake Fowler.” – Race Website

With low winds, ideal running temps, and that type of course, runners could get PR‘s if they pushed it. There were several street closures and police and volunteers to support runners along the course. Aid stations were available every couple of miles. The course was well marked with colored arrows indicating which distance to follow.

It was a picturesque, and well thought out course. I imagine it took the race directors a long time to set this course and mark it for runners. That extra time and thoughtfulness makes a huge difference to runners in their race experience. 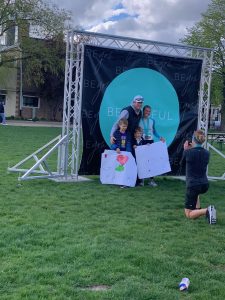 Not only was the course itself well thought out, but the whole experience was incredibly organized and designed with runners in mind. The swag was top notch, finish line goodies we’re surprisingly stocked, and the ease of parking was delightful. Following the race, runners were encouraged to visit the downtown shops which were all open for runners. They were coffee shops, wine bars, and many other places to visit.

Race Day events did an incredible job on this race and I can’t wait to return next year.