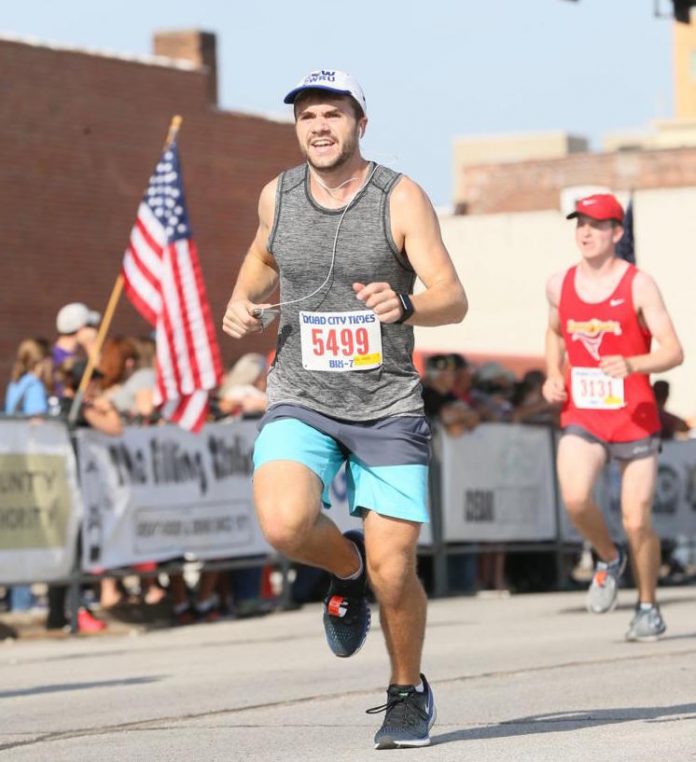 On Saturday, the 44th running of the Quad Cities Bix 7 began under ideal running conditions; about 8,000 runners took on the challenge of the hilly seven-mile course and truly were part of something magical for runners.

This race is one of the most famous races in the area and would be a “must run” on any runners list.  The race begins with a steep hill immediately after the start line.  Fans line Brady Street in Davenport, Iowa to cheer on the runners as they start their journey into the hills.  The course has several rolling and challenging hills, making the race a tough course but an amazing race.  Throughout the race, there are thousands of fans making up a “Chicago Marathon Fan” atmosphere with contagious energy.  There is also a two mile race for those runners who desire a smaller challenge.

This race is known for its tough competition with its superb elite field with runners from around the world and for the competitive running of college and high school athletes. Local running teams also participated in the race including members of the Tinley Track and Trail running team led by Rich Matula.   Several members of the Clifton-Central High School Cross Country team, located south of Kankakee, ran a tough race in preparation for their season led by Jeremy Snejberg of Chebanse with a time of  39:08 place 15thin an extremely competitive high school field.

The Bix 7 is a must for any runner.  It is designed for the elite but also for the average runner.  Runners are divided into three colored divisions after the elite field with a fourth corral for walkers.  The energy and excitement of the race makes it challenging and enjoyable. The post-race party is one of the best around with numerous refreshments, music, and volunteers to assist runners.  This well-organized race started with only a few runners decades ago has now become a world known event.  Be sure to put this race on your list for next year – Saturday, July 29.  You do not want to miss it!