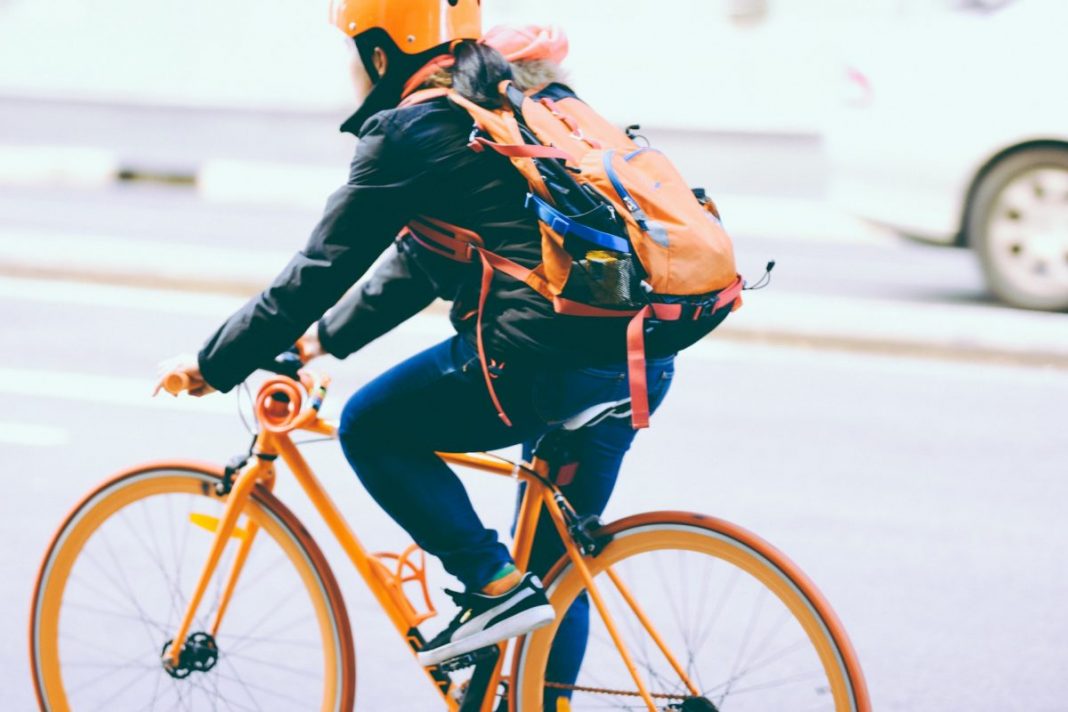 May is National Bike Month, sponsored by the League of American Bicyclists and celebrated in communities from coast to coast. Established in 1956, National Bike Month is a chance to showcase the many benefits of bicycling — and encourage more folks to giving biking a try.

Whether you bike to work or school; ride to save money or time; pump those pedals to preserve your health or the environment; or simply to explore your community, National Bike Month is an opportunity to celebrate the unique power of the bicycle and the many reasons we ride.

As a national sponsor, the League provides resources to help you plan an event in your area, and each year the number and diversity of Bike Month celebrations continues to grow, accelerating the momentum around bicycling nationwide.

The sixth annual National Bike Challenge began May 1, and through Sept. 1, more than 60,000 riders will pedal a combined 30 million miles to promote improved health, fitness and fun. Participants can create and join teams across their networks, including workplaces, schools, bike clubs and bike shops.

With leading sponsor 3M, the 2017 National Bike Challenge offers a free, improved platform to log rides, build bicycling community and culture and engage in friendly competition. New features, such as personalized referral links, allow riders to easily invite their friends, family and coworkers to ride with them. Challenge participants will use the Strava platform to record their commuting and recreational miles, and statistics and leaderboards will then appear on the new nationalbikechallenge.org site.

According to Bill Nesper, the League’s Interim Executive Director, “The Challenge brings together individuals, businesses, universities and communities to support our goal of creating a Bicycle Friendly America for everyone. We are honored to partner with 3M to grow the 2017 Challenge with a new website. We look forward to sharing the stories of how the Challenge encourages new riders and builds community.”

Another popular bike event this month is National Bike to Work Week, which will take place May 15-19, with the official Bike to Work Day on May 19. From 2000 to 2013, the number of bicycle commuters in the U.S. grew by more than 62 percent, the League reports, and 1.6 percent of Chicagoans 16 or older commuted by bike to work in 2014; each year the number continues to rise according to the United States Census Bureau.

With Chicago’s recognition as the most Bike Friendly City in the United States last fall, the city constantly strives to improve its resources for cyclists; its bike-share program, Divvy, hit 10 million riders in January, and nearly 148 miles of bike lanes have been added in Chicago in the last five years, the Tribune reports, including 108 miles of protected lanes.