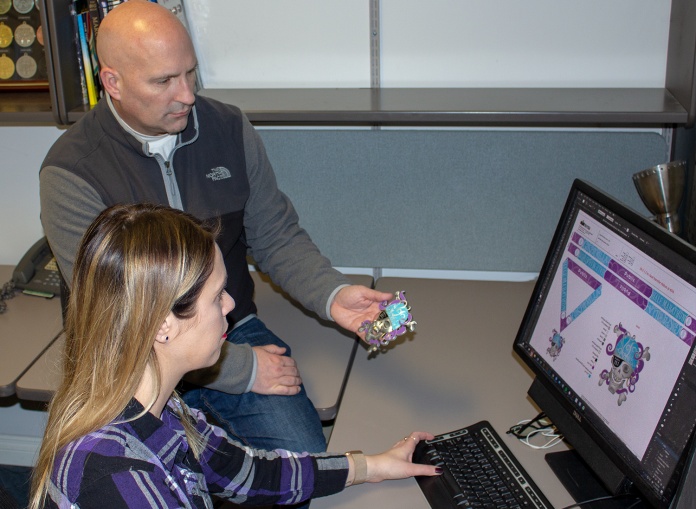 Well, I’ve been here for 23 years, but Maxwell can really go back. We just finished up our 40thanniversary in 2018, so we got started in 1978. The founder was a high school wrestling coach, and thought there was a need out there for affordable awards.  He looked into doing that with plaques and medals, and it eventually evolved into doing some custom medals. Because we’re in Michigan, we had a few road race customers like the Detroit Free Press Marathon, which we still do today.

When I came along in 1995, we were still fairly small, and I really put my efforts into the road race market. I discovered that many races, especially marathons, were giving a medal to other finisher. So I really started concentrating on marathons at the time, which happened to be a really good time because that matched up with the running boom in the mid 90’s.

Over the years, it went from a marathon medal being a commodity to all of these half marathons giving medals, and then 10ks and now any distance giving a medal to finishers. It’s gotten bigger and more colorful and more elaborate, as they became part of the event marketing.

We have to have something, like a sponsor logo or a landmark; they have to give us some direction and feedback. Sometimes people want us to do it all, and that’s hard if they don’t give us any direction and we can have completely different ideas. Some events work with a graphic design company for marketing materials and logos which is helpful.

We have a sales staff and an art department. I’m the sales manager, and the sales people work as the liaison between the customer and the art department to ultimately get what the customer wants. There’s usually some back and forth in that process – it’s pretty rare to get it on the first iteration. 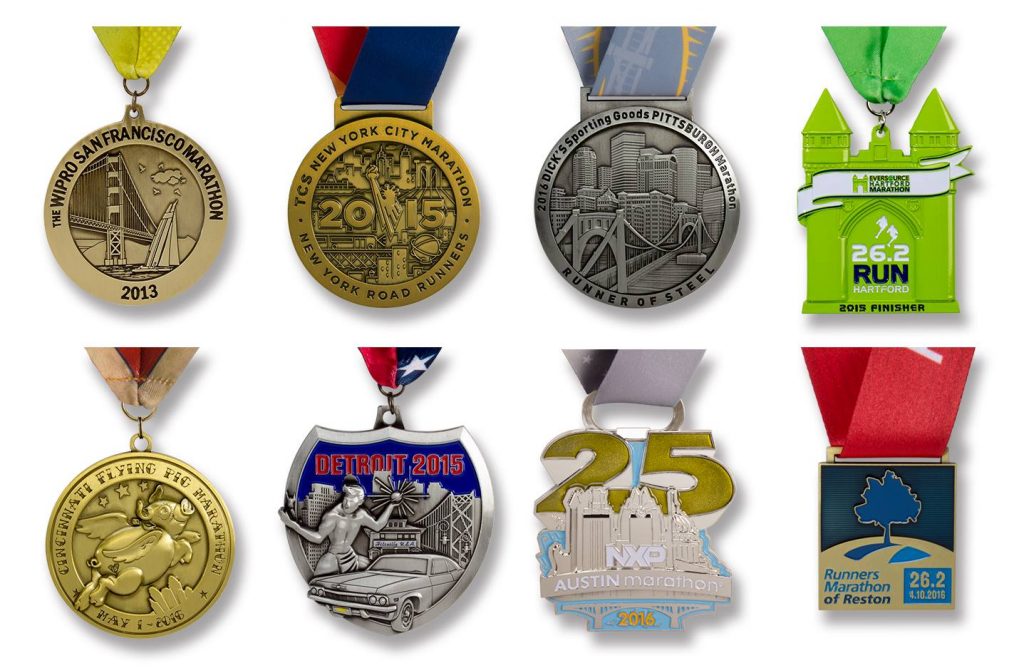 4. Any common mistakes/design tips race directors should be aware of?

One mistake is people often get too caught up in their branding. If they have a title sponsor of a bank or hospital, they want to include that, but there’s nothing more boring than a corporate logo; runners don’t want a medal that looks like a bank logo.  I would encourage them to be more creative in terms of using cityscapes, landmarks, or something more interesting.

Also, these days, a lot of races or event management companies have a series or a challenge, so if you run these four races you get all these medals, and they want them all to go together. If you do that, you end up making four medals that by themselves look incomplete, and not everybody is going to run all four events. In fact, the percentages of people that complete those challenges is in the 10-15 percent range. So now you’ve made an uglier medal and spent more money. In my opinion, the best way to go about it is to have one separate medal for challenge finishers.

Finally, race directors often get too caught up in the fine details in designing a medal. Metal is different than printing on a shirt, and certain little details can’t always come out. When they’re really close to it, they get hung up on it, but frankly, not a single recipient is going to notice.

It’s more about how early you do the artwork and design; the medal has become such a big part of the marketing plan that a lot of races want to do a medal reveal because they know a good medal will help drive registration. It could even be done six months ahead of time when registration opens – it’s never too early.

From a production standpoint, there’s no secret that most of this is produced overseas. Medals are heavy, we want to be able to import them via ocean rather than flying them in. We’d like to have the design process complete and finalized and ordered a good 12-14 weeks prior to race day.

We can do it in less time, but you are dealing with shipping and customs and shipping again domestically, and stuff happens. The earlier the better, but it’s hard to know exactly what your numbers are going to be ahead of time. One of the things you have to figure into your budget is you’re going to have medals left over, and if you have 500 people, you should order 600-700 because you definitely can’t come up short.

Our medals, like the majority of race medals (including Chicago, Boston and New York marathons) are made of die cast metal; diecast metal is a sink-based metal with electroplating to make them gold, silver or bronze, and then some enamel fill. Some races have their own materials made from local artists, but die cast is the most common. Anyways, every town typically has one metal scrapper. PADNOS is a national chain, and they will take the medals from you, usually give you about 40 or 50 cents per pound back, and scrap it. You won’t make a ton of money back, but it’s a responsible thing to do and a way to clear out extra medals, especially after several years.