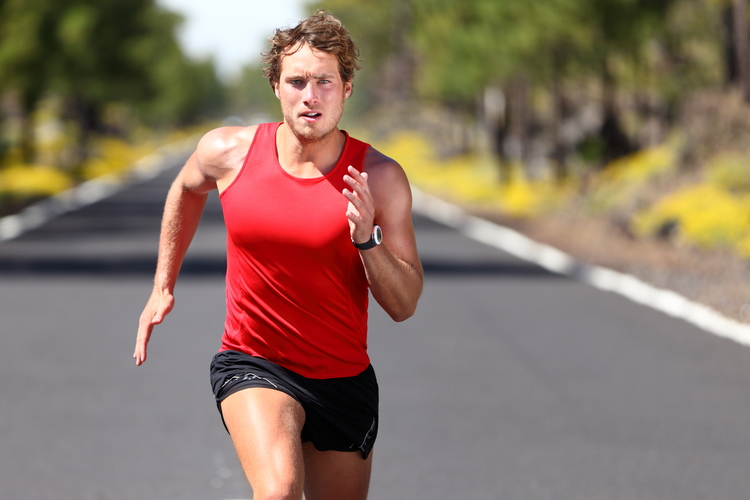 Since 2008 with the introduction of John Ratey’s book, “SPARK:  THE REVOLUTIONARY NEW SCIENCE OF EXERCISE AND THE BRAIN,” a host of new research studies in this field has surfaced.  Along with the information presented in this book and newer research other topics related to the brain have emerged.  Of interest to the long distance runner is the information and research about the brain and how it can affect running performance.  Based on this information the following ideas are presented to be incorporated into advancing the training schedules and performances of all long distance runners.

Idea 1.  Mental Toughness.  Train the brain to be mentally tough.   Mental toughness is a disposition which fosters a need to stay with it, to persist in the wake of failure, and push beyond a person’s limits even when failure presents itself.  The key here is to be aware of persisting under uncontrollable situations when they present themselves such as terrain issues, injury, pain, weather conditions and a host of other unpleasant circumstances.  This disposition is definitely an asset that all great distance runners possess.  This type of mindset needs to be incorporated in every workout.

Idea 2.  Resilience.  Train the brain to be resilient. Resilience is the ability to maintain calmness when stress and anxiety are presented and to return to equilibrium physically and emotionally.  Doing so requires the runner to retain a self-confidence and belief in self that does not waver.  Training under many different stressful situations and learning to cope with them produces a resilient runner.

Idea 3.  Resisting fatigue.  Train the brain to resist fatigue.   Fatigue is a combination of physiological and psychological processes while in extremely stressful situations that will only persists as the race continues.  Resisting fatigue is a difficult task at best, however, using the thoughts in the brain to dissociate (clearing the mind of physical sensations experienced during the race and thinking of something other than what is happening now), seems to work well.

A theory that relates to fatigue was espoused by Tim Noakes in the 1990’s and is known as the Central Governor theory.   It is his contention that the brain is instrumental in producing a safety shut off mechanism to prevent severe damage to the body.  In other words, if a runner attempts to go beyond the physical capabilities of the body, the brain will somehow prevent further work.   While not proven, it is an interesting theory and takes into account the importance of the brain when fatigue is present.  Attempting to extend each runners fatigue threshold takes a great deal of mental fortitude.  It is a gradual process and needs to be incorporated into the mindset of the runner to achieve maximal potential.

Idea 4.  Automatic Pilot.  Train the brain to be on automatic pilot.  The automatic pilot in running or any other sport refers to the efficient and economical process of mastering skills to the point at which the original mental processes for movement are no longer required.  In essence, the brain no longer has to consciously control the body’s movements but more or less it operates on its own without concentrating on the motor skill itself.  Sometimes runners think about their stride, their pace, their pain, their movement, instead of letting the body perform on its own the movement itself is impeded.  Questioning what is being done, how it is being done, why it is being done and many more questions can lead to doubt and worry.  Letting the body do what it is meant to do to relieve the physical and mental pressures of the run increases the runner’s chances of achieving their maximum potential.

Idea 5.  Imagery.  Train the brain to visualize every part of a race.  Mental imagery is a process by which the participant attempts to see, feel and sense their participation in a situation, in this case running.  Not only should the runner imagine the entire scene, but should attach emotional feelings to the experience being imaged. This process needs to be practiced prior to training sessions every day to make it work.  The benefits to the runner are being familiar with the course run, overcoming issues in the run, i.e. hills, weather, rough terrain, injuries,  etc., reassuring success on the course, reinforcing belief in self and what can be achieved, and overcoming doubt about the runners ability to finish strong.