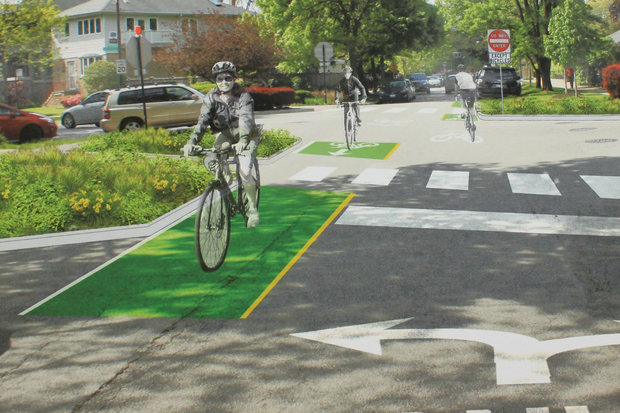 The awkward gap between Montrose and Lawrence Avenues along the Chicago River has caused much confusion to tourists, and even more frustration to locals trying to get in a nice bike ride.

Fortunately, the Chicago Department of Transportation is working with the residents of Ravenswood Manor to fill the opening. The Neighborhood Greenway Project was introduced at a community meeting on June 15, and suggested using Manor Avenue to connect Horner Park on the south and Ronan Park on the North, according to DNA Info.

While the plan is still in the beginning stages of design and development, the CDT aims to finalize it by the end of this year, and potentially install it in summer 2017.

The new greenway would include crosswalks at the corners of Manor and Lawrence and Manor and Montrose; a new path spur in Horner Park that would align with Manor Avenue at Montrose; and a new shared-use path on the south side of Lawrence Avenue to connect it to Ronan Park. The department also wants to paint shared lane bike markings along the path, and post 20 mph speed limit signs.

No parking spaces would be lost in this project, and it will be funded through federal dollars and $70,000 in aldermanic infrastructure money.

Other projects to extend the riverfront bike path are the Riverview Bridge, which will soar about the Chicago Rover to connect Clark Park to California Park, and the under bridge at Irving Park Road, linking California Park and Horner Park. These projects will extend the path from Belmont Avenue.