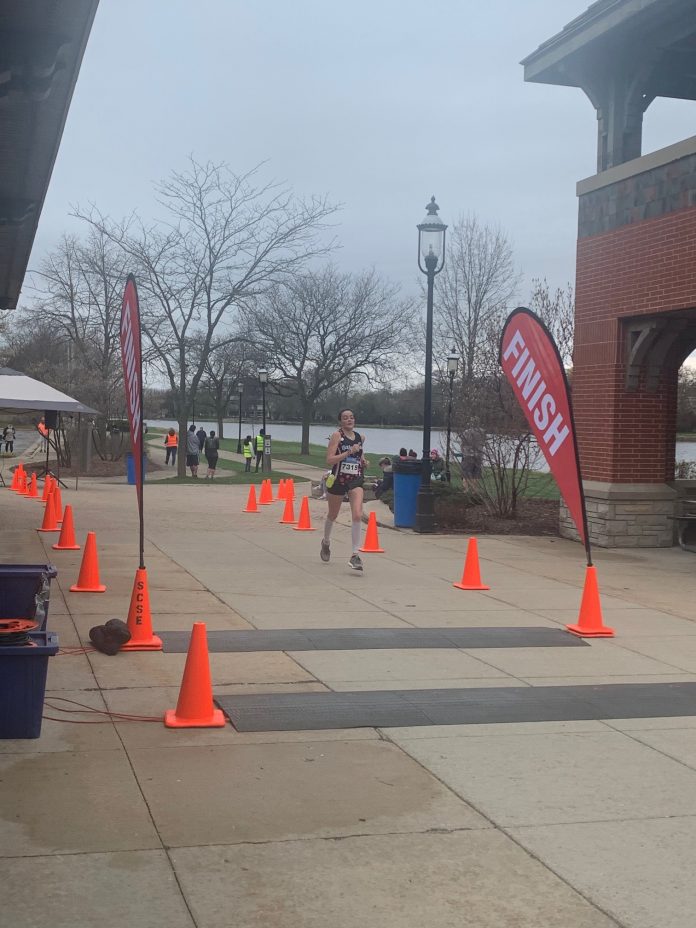 On Saturday, April 10, Silver Circle Sporting Events hosted the annual Trailbreaker race, benefiting the Waukesha Parks Foundation. This classic spring race is a tradition for many, although like most races, this year it looked a little different.

Distances offered included a 5K, 10K, and half marathon. Traditionally this race offers a full marathon that weaves through the Ice Age Trail and has components of trail racing and paved running within it. Unfortunately, due to the pandemic, this distance was eliminated for 2021.

However, the Trailbreaker was just successful as ever. The race started and ended in downtown Waukesha at the Schuetze Recreation Center. There were several local parking lots and street parking available for runners. Packet pick up was offered the day prior and the morning of the race.

The Trailbreaker was put on by Silver Circle Sporting Events, a race company that has been hosting events throughout the pandemic. They have figured out how to safely put on races and follow the same protocol at each event. Runners line up next to a cone and are spaced out at the start. They are released in waves throughout the morning to ensure space on the running routes. There are no aid stations, however the race company always provides runners with several drop bag options along the course where they could stash water. 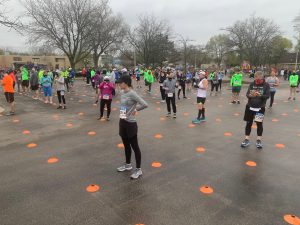 All distances began together at 8 AM and started their routes through downtown Waukesha. The 5K course turnaround happened at the edge of the downtown area and the 10K and half marathon runners kept on going along the Fox River Trail. The course was well marked and lined with helpful volunteers.

It was a fairly flat course, on streets and paved trail. There were a few portions of the route that were under construction and got a little muddy, but nothing to write home about.

There were several street closures where police ushered racers safely across. The logistics behind this route must have been monumental as runners ran throughout the commercial and business area, in addition to the trail.

There is a lot that I love about this race, but running through downtown Waukesha along the cobblestone sidewalks is probably my favorite. It’s such a charming area, nestled along the waterfront. If you have never run this race, I highly encourage you to check it out next year. There is a distance and an experience for everyone.