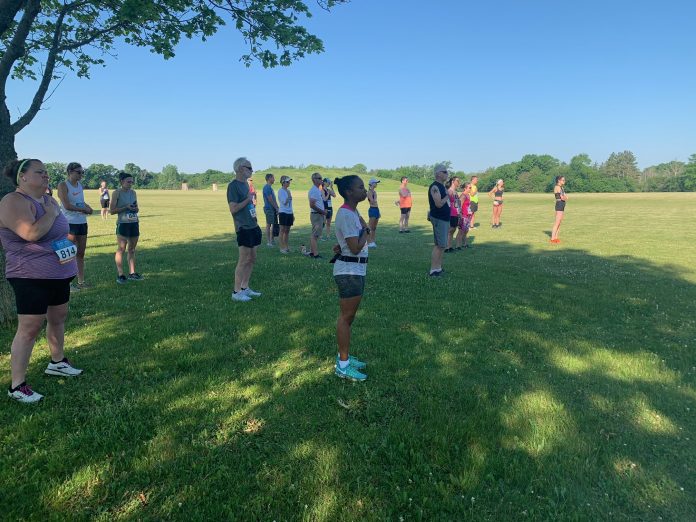 On Sunday, June 6, I got to race with one of my favorite race companies, Silver Circle Sporting Events at SummitFest in Oconomowoc, Wisconsin.

SCSE is one of the few race companies that put on races throughout the pandemic. They developed a system of socially distant running that ensured safety for all of the runners, staff members, and volunteers. While this placed a much higher burden both economically and physically on the race company, owner Sean Osborne felt it was important to provide the stability for runners. And we all appreciated it.

On Sunday, runners came together at the event that began SCSE 10 years ago. So it was fitting that this was the first race to return to a bit of normalcy. Runners began together, although a socially distant start was provided for those that preferred. Masks were not required at the start or finish line. Runners were cognizant to keep distance, but it was nice to have a bit of a normal starting and finish line area. I even saw a few groups cracking open beers at the finish line, a sight I haven’t seen since 2019.

Distances included a 5K, 10K, and half marathon. All runners began together at 8 AM from Genesee Lake Road Park. The heat was already elevating and the humidity was high. Race morning began at 77° and finished near 90°. 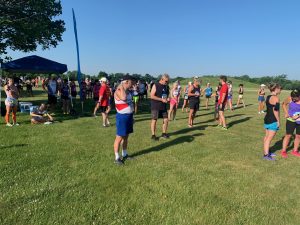 It was a warm day on the course. Most of the route was not tree covered and half of it was on blacktop. Runners definitely pushed themselves through the heat, although the course was mostly flat. There were a few rolling hills at the start and finish of the loop but total elevation only reached 125 for the half.

All distances began together at the park and headed out along a country road. There was a turnaround point for the 5K, 10K, and half marathon. The half marathon runners looped twice. This allowed for runners to place aid along the course, which was encouraged by SCSE.

Despite the heat, most runners carried smiles and words of encouragement for each other. It was a blue sky, sunshine filled, summer day in Wisconsin. Truly, a kick off to the summer, this race carries historical meaning for not only the race company, but for many runners that attended.

Cash prizes were offered to the overall winners of all distances, so this brought out a fast field. The front of the pack was highly competitive and didn’t seem to be too impacted by the heat.

All runners received a short sleeved, gender specific, technical T-shirt and finishers medal. Cold water was available along the course and at the start/finish. I was extremely appreciative of the kind aid station volunteer who opened the bottle of water for me at mile 11. My hands were just too sweaty to be able to grip so I needed that extra help! I also greatly appreciated the homeowner who lived along the route that came out with a hose to spray down runners that requested.

If you haven’t yet checked out a Silver Circle Sporting Events race, check out their website. They have a full lineup for the rest of the year.