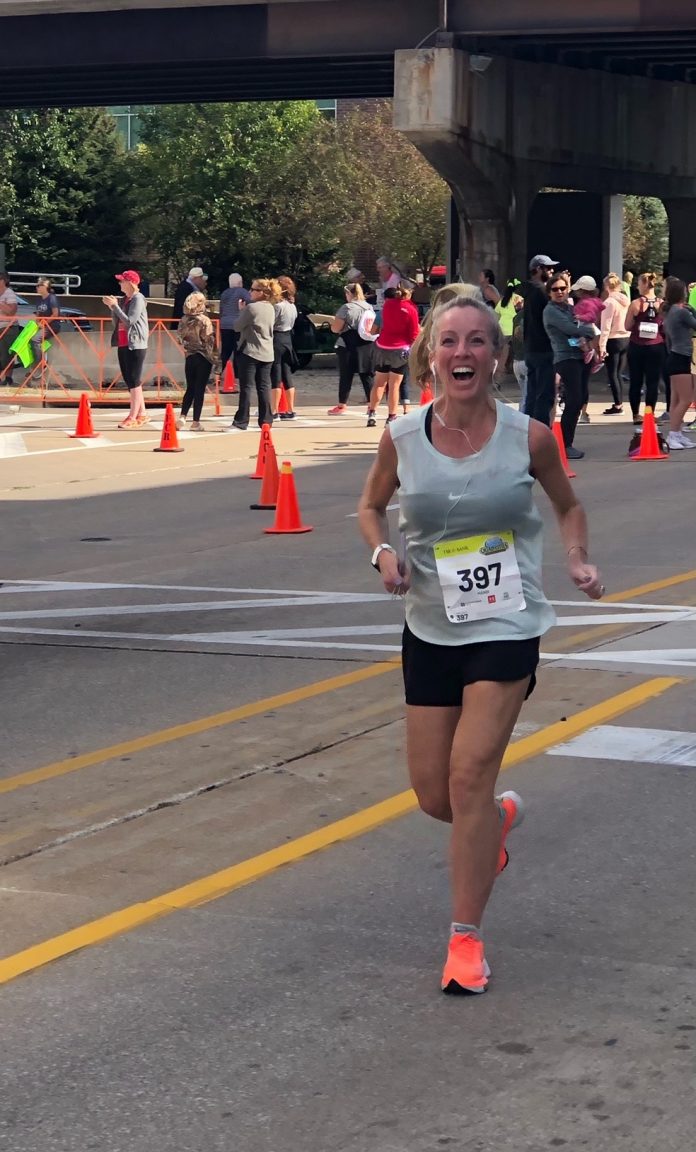 On September 26, I attended the Quad Cities Marathon. Distances included a full, half, 5K, and relay.

The expo was held the day prior at a large convention center in the Quad cities, called the TaxSlayer center. Parking was easy and directions were clear for pick up. The expo had over 40 booths, including for comfort dogs that you were invited to love on. 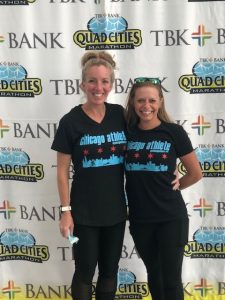 I am an Augustana College graduate, which is located in the quad cities, so it was nice to return back to the campus with my family the day before the race. We toured the campus and I even made my husband make up for 20 years worth of not visiting at the college bookstore! A lot has changed and yet the charm I once fell in love with when selecting a college remained the same. 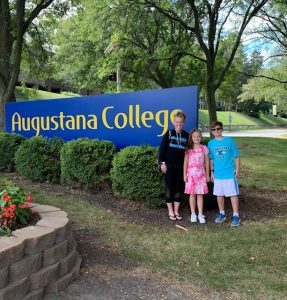 Following the day of expo-ing and college touring it was time to get ready for the race.

The full and half began promptly at 7am from downtown Moline. There was parking available throughout the area and the start/finish line were easy to access. 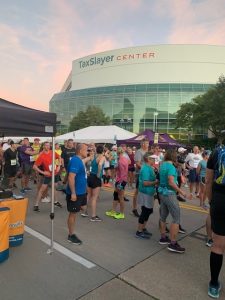 The event was set up to accommodate over 5000 runners and volunteers, but everyone was made to feel special. I cannot speak highly enough about this great event. 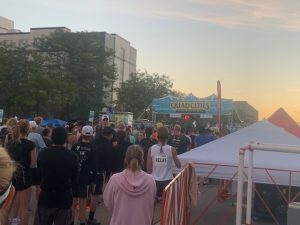 The race itself featured four cities, two states, and one island. Runners began in downtown Moline and immediately crossed the bridge to head into Iowa. We spent the first 10 miles in Iowa before crossing the bridge again and returning to Illinois. After we entered back into Illinois, we ran on Arsenal Island and ran by the Rock Island National Cemetery.

There were several hills throughout the first 10 miles, including the two bridge crossings, but nothing too difficult. I ran with the BEST pacer in the 3:40 group who knew the course and was able to prep us for the hills, aid stations, and challenging portions of the course. I can’t thank my pacer enough for leading my group.

The course was very well marked and the turn offs for the various distances and relay exchanges were clear. Volunteers were everywhere along the course and aid stations were available every mile or two.

All runners received a short sleeved technical t-shirt, finishers medal, and a poster which has everyone’s name on it.

This is a race event that you should put on your calendar for next September. It’s extremely well done by a talented and experienced race staff and volunteer group. The course is magnificent and unique. And, it’s a short weekend trip from Chicago!

A huge thank you to the race staff, volunteers, police, medical professionals, and runners for an amazing weekend at the Quad Cities Marathon!