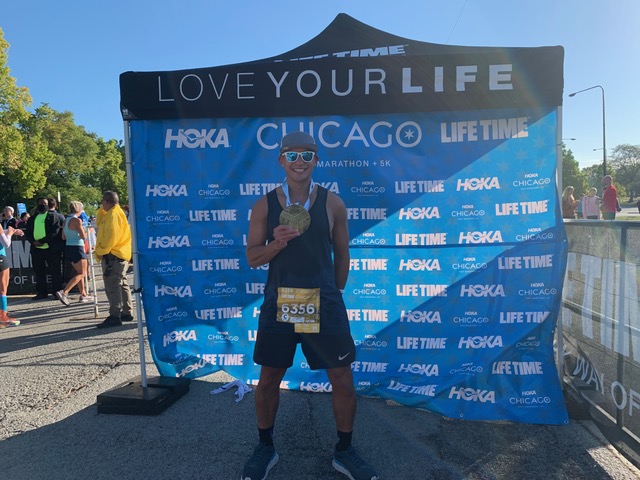 I ran the Chicago Half Marathon for the fifth time this past Sunday (9/27), but it was unique and quite surreal from previous years. Like many of the 7,000+ other runners that morning, this was the first live race I’ve run in almost 2 years, where virtual racing was constant. And I believe that this was also the largest live running race in Chicago since pre-COVID, of course, second to the upcoming Chicago Marathon.

The race started promptly at 7:00am in Jackson Park, a 552-acre park located on the South Side of Chicago, IL. However, many runners were up no later than 4:00am that morning (I was up by 3:30am), so that we could catch the 5:00am shuttles that transported thousands from Millennium Park and Belmont to the race site. 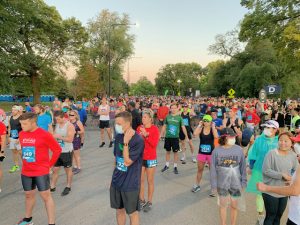 The race itself was amazing.

The weather conditions were just about perfect – sunny but not hot, 60-degree temps with a slight wind, and ample shade on Lakeshore Drive (especially Southbound) as the sun stayed low behind the tree line. Most of the course was up/down Lakeshore Drive, with some of it also running up/down the Lakeshore path.

Feel-good vibes all around, from the runners and fans to the pacers and volunteers.

The race ended just before 9:00am for me, right back where we started, in Jackson Park, where we were greeted with the biggest finisher medal that I’ve ever seen at the finish line.

Personally, this was a huge race for me because of a few reasons: 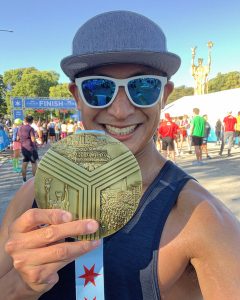 Props to LifeTime, the sponsors, and the volunteers for welcoming 7,000+ runners back to live racing, with open and safe arms.