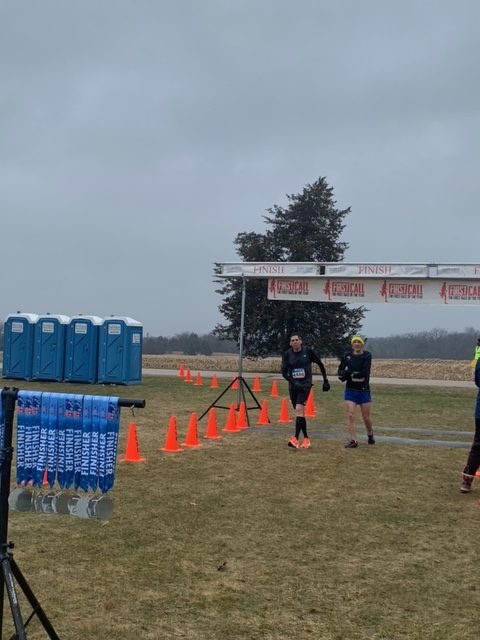 On Saturday, March 27, Silver Circle Sporting Events hosted their annual First Call 5K, 10K, and half marathon. This event has changed locations but is still the same well organized, fun way to kick off spring running. The race is a sister race to Last Call which is held in December each year. The concept is unique in that First Call allows runners to set a foundation for themselves and train all year with that time in mind. Then at Last Call, the race company has incentives for beating your previous time. It’s a fun challenge bbut either race stands alone as a fun event.

The race was held in Oconomowoc, Wisconsin, which is just an hour across the border. Parking is free and packet pick up is held on the day of the event. The races start and end at Genesee Lake Road Park.

All events began at 9 AM in a spaced out fashion. Cones were placed on the ground and runners were instructed to stand by a cone. Each column was released in intervals throughout the morning. There was more than enough space on the course which ran along a road surrounded by farmland and homes. All distances were out and back with a clear turnaround. We all followed the same road as an out and back, with the turn around point varying by your selected distance. Half marathon runners completed two loops. 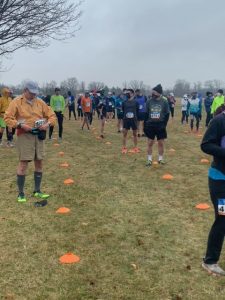 There were no aid stations on the course because of COVID-19 protocol, but race director, Sean Osborne, sent clear and detailed instructions prior to the race so runners were aware. He even included places along the course where runners could stash water bottles.

There were two intersections where police were stationed to block the road for runners. Along the course there weren’t too many volunteers as numbers were kept low for safety reasons. But the start/finish line was a high energy, friendly atmosphere that allowed runners to regroup before heading back out if they were running the half marathon course.

All runners received a short-sleeved technical shirt and a large metal. This is one of the few race companies that has continued running through the pandemic. They have figured out how to space and control runners so that there is little to no overlap on the course. I was highly impressed with how much space I had while running and with the protocols that were in place to ensure everyone’s safety.

Silver Circle Sporting Events has quite a few races lined up throughout this year, so check out their website to see what is coming up.