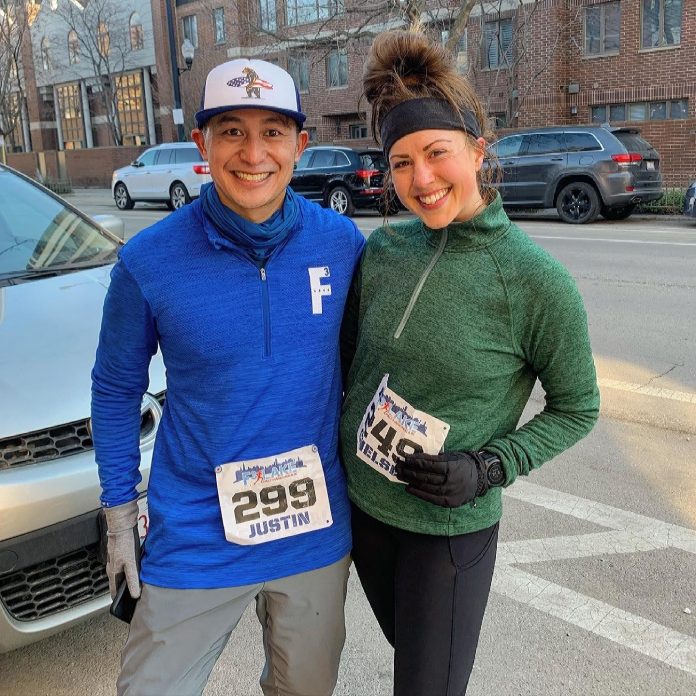 Virtual races are so much harder than the real thing and this past Saturday’s F^3 Half Marathon was no exception. No crowds, less than 100 runners and no pomp-and-circumstance, aside from spray-painted, mile markers along the route. 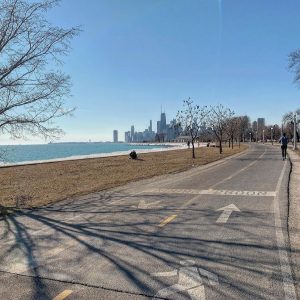 The race started at 7:10am, right outside the entrance of Fleet Feet’s Old Town location where Zach Edmonson, Race Director, had setup the clock and timing device to officially start our time tracking. It was just my friend, Chelsea, and I, so before we headed out, we reviewed the 1st mile of the course with Zach, to ensure we did not get off-course.

The race itself, like other virtual race over the past year, was a little surreal and somewhat anticlimactic since it was just the two of us running the first mile through North Avenue fields. Then we crossed North Avenue bridge and were on our way, northbound on the Lakeshore path, with not many runners or bikers around. It was a blue-bird, sunny morning and the 40-degree temps made for perfect running conditions.

The rest of the race was very straight-forward. We just kept heading north until we hit Hollywood Avenue and then just turned around and headed back to Fleet Feet in Old Town. We saw the occasional spray-painted sign, to ensure we were on the route. We also saw longtime F^3 course manager, Lynne Ingalls, at Recreation Drive, where she had some water to refill my hand-carry bottle. Otherwise, surprisingly, there were not many folks running during the 1st half of the race, aside from a few CARA groups and an occasional running friend that either Chelsea or I knew. During the 2nd half of the race, we did start seeing more F^3 racers and among many other runners, which gave us some spark.

Since neither of us were in true race shape, we ran at an 8:45/mile pace (we usually run 8:00/mi or better) but when you factored in a few stops (e.g., to take photos and catch our breaths, we basically ran at a 9:05/mile pace. Personally, my legs were tight most of the race, my lungs were struggling the 2nd half of it and my stomach was craving bacon for the last mile, as we were running by the Lincoln Park Zoo. At times, we wondered why we were even out there, and we joked about how much a racing bib can hold someone accountable.

The race ended shortly after 9:00am, back at Fleet Feet’s Old Town location. The finish was quiet, but it felt just as amazing as finishing a regular race. All the feelings – happiness, surprise, relief, gratitude, and accomplishment – rang through our bodies. Soon after we finished, another runner crossed the finish line, and we spent a few minutes just recapping our races and laughing about how surreal (and fun) this whole race was. And the fact that Fleet Feet was still not open (opens at 10am) just made the finish even more surreal.

And Zach was still there, greeting a few others. Since Zach could not leave the start line (he was there from 7am-1pm), we ended up getting him a coffee and sandwich from the Starbucks down the street, because why not?

Props to Fleet Feet, F3 Events, the volunteers, and the other runners for making this virtual race something tangible, given all the circumstances.