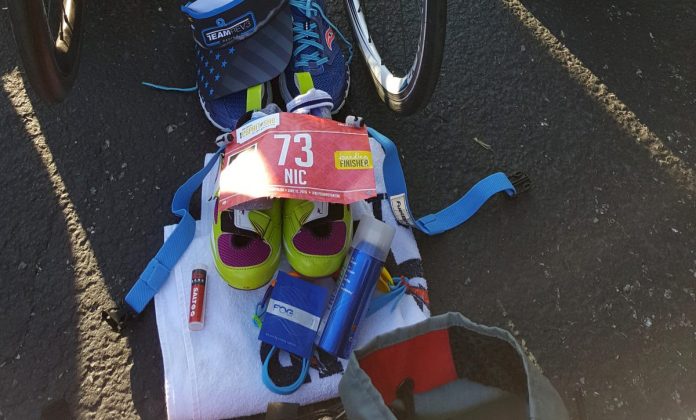 This past Sunday, over 1500 women competed in the Esprit De She Sprint Triathlon in Naperville.

This long standing event has gone through a few name changes over the years but the message has remained consistent; Empowering women to reach their own potential.

The swim took place at Centennial Beach, a old stone quarry turned swimming pool with sand. It is ideal for newcomers to the sport, along with the race providing swim buddies for anyone needing a little more encouragement, to get through the ½ mile swim.  After transition, racers biked the two loop course of closed roads around Naperville.  Participants finished the tri with a 5K run along shaded paths and neighborhood roads. The run course had two stations and lots of supporters in certain areas.

Thankfully temps were cooler than the day before but the winds were in full force making some stretches much harder than they needed to be!

After crossing the finish line, racers entered the post-race party immediately. Not only did racers get post race food and a medal, but there was a take-home flower station, non-alcoholic sangria and women cut t-shirts provided by Gilden.  Everyone celebrated the racers accomplishments while cheering on later finishers.