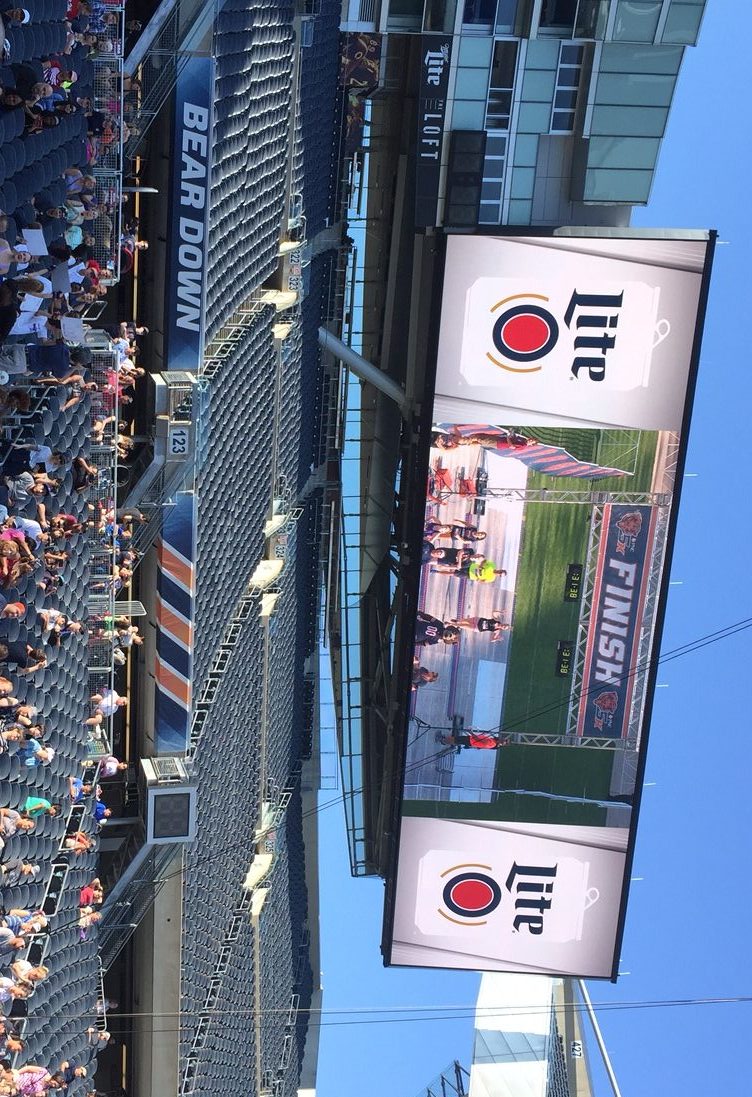 If you missed the chance to run on Soldier Field at the Soldier Field 10 Miler in May, another opportunity was presented this past Saturday at the PNC Chicago Bears 5K.

The race was previously known as the Super Bear Shuffle and took place in September during preseason; however, race directors decided to move it to June to allow finishers on the field. 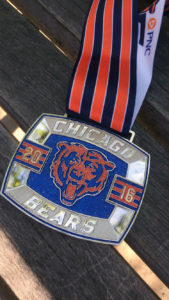 And the change was worth it – not only did runners get to feel the actual grass that the Chicago Bears play on, but they saw themselves on the big screen as they crossed the finish line. And better yet, Staley Da Bear congratulated many finishers with a high five.

In addition to the memorable finish, the course itself was quick and enjoyable; although it was an out-and-back route, the first half ran towards McCormick Place and through the tunnel, while the second half remained alongside the lakefront. It was a very hot and sunny morning, but the consistent music and water stations along the way made the run go very quickly.

The post-race party was another highlight of the event, with complementary Miller Lights to all participants 21 and over, along with music (some played live on instruments with Bears decal), food and giveaways including tickets to Chicago Bears games.

Even though registration was on the higher end, at $55 on race day, the swag made the money worth it; a navy blue tech shirt with the Bears logo was in the race packets, and a sparkly blue and orange medal hung around every finisher’s neck. Runners also received a free Bears towel upon exiting Soldier Field

Overall, it was a successful event for both runners and football fans – some participants even sported Green Bay Packer shirts to represent the popular team rivalry. 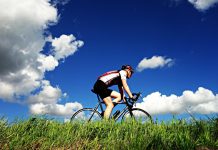