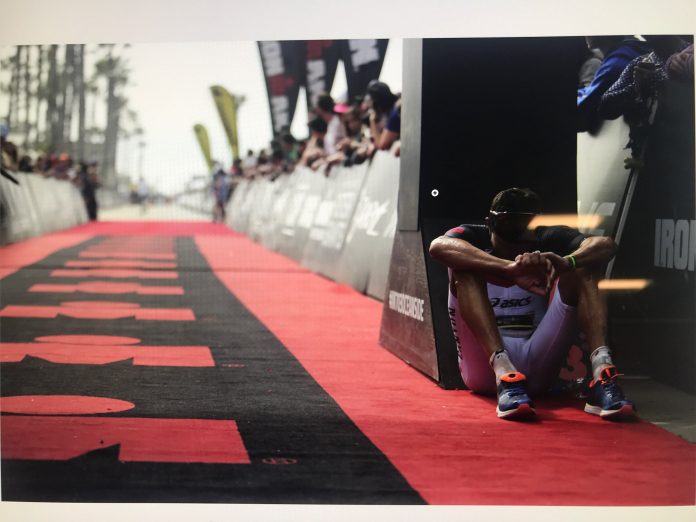 On Monday, the Pro Triathletes Organization (PTO) announced intentions to attempt to purchase the World Triathlon Corporation (Ironman). Ironman is currently owned by the Wanda Sports Group (WSG), a division of Chinese mega-conglomerate Dalian Wanda. WSG’s IPO in July was largely considered a flop, and it’s currently trading at $4.25 a share.

PTO was originally an attempt to unionize professional triathletes worldwide, but has since morphed into more of an advocacy group. It pushes for bigger prize purses and health insurance, mainly from Ironman, which is by far the largest organizer of triathlons in the world.

This would have huge implications for professional and amateur athletes alike, and it is somewhat unprecedented in endurance sports. We talked with newly-appointed PTO CEO Sam Renouf—a former elite triathlete himself—about the announcement.

What spurred on the idea of buying Ironman? Was it the IPO flop, or is it an idea that’s been brewing a bit longer?

It’s a combination of both, really. We’ve realized that Ironman is an incredible brand, but if anything, the IPO has showed that’s it’s under the wrong ownership structure. Whether you take that from the stock price, or just fact that, as an organization, they’re under so much debt, that it’s not really healthy for the sport.

So how it came about is that we were working with North Point Advisors out of San Francisco to raise money for the Collins Cup. And the advice from North Point was that we look at the Ironman listing to see that there’s a larger play. There was enough financial interest there that we can make a difference in the sport and also lead the pros to a position where we think they should be. We feel the pros should be essential to the sport—rather than an afterthought—which is where they’ve landed.

A lot of the response has been that this all seems implausible. What’s your response to that?

This is the logical step that many sports have taken. Professional athletes become organized and they take the step toward self-determination. Whether it’s golf, or it happened a long time ago in tennis with the ATP in 1988. Triathlon is a relatively young sport. It’s a surprise it’s taken this long, but now there’s a group that recognizes the value professionals can bring. And why shouldn’t they have a major stake in the major brand of the sport? We think it’s perfectly logical and there have been a lot of financial partners that recognize the value of working alongside the professionals instead of working aside from them.

So we think the next phase of athlete self-determination is athletes having a greater voice in the sport. It’s not just good for them—it’s good for the entire sport in general. I’m sure you’ll agree that none of the athletes get anywhere near as much exposure as they should for the athletic performance that’s delivered in this sport. I’ll use the example of Alistair Brownlee—a double Olympic gold medalist—racing the Ironman 70.3 World Championship a few weeks ago, having never won that event. Yet there was no press coverage in the British press. Pros have largely been forgotten. That’s because Ironman has become a participation business under Wanda. We don’t think it’s the fault of Ironman’s organization in particular; it’s just the structure they’ve had. Since [Ironman’s previous owner] Providence Equity they’ve been paying down debt. So they’re not able to invest in the way that they could, which hurts all of us.

Sports need superstars to reach the mainstream masses. Daniela Ryf is a superstar in Switzerland, and she’s been as dominant as Serena Williams, but no one knows about it. How do we fix that?

We have triathletes who are big names in many countries, but not on a global scale—and it’s a global sport. In Germany, Jan Frodeno and Patrick Lange have won “sports personality of the year” and yet their global presence is minimal—in this global sport. This isn’t something like cricket that only exists in the UK, India and Australia. Triathlon is all over the world and Daniela should be a global personality on the back of that. But she’s not, because of the structure of the professional sport at the moment. We want to change that by elevating their presence.

At the end of the day, Ironman still is a mass-participation event—that’s the bread and butter of the business. Is there anything you’d like to do differently at the amateur level?

It’s the bread and butter and where the money is made, but I’d like to challenge that. If you compare the financial structure and where Ironman makes it’s money—and the great part of it now being public is that you can see that information—and you compare it to almost any other sport, there’s a dramatic lack of broadcast revenue. And sponsor revenue is also low. It’s because there aren’t compelling stories that are being told. We think we can elevate the profile of the athletes, which brings in more viewership, more participation and more sponsors—it all flows. This isn’t about moving money from age-groupers to professionals. It’s about having professionals elevate the sport to a position far greater than it is. I’d argue that it was a bigger sport 25 years ago. The “Ironwar” [the 1989 Ironman Hawaii race between Mark Allen and Dave Scott] was bigger in the lexicon of Ironman than what we’ll have this year in Kona.

Why announce the intentions of buying Ironman publicly before negotiations with Wanda have actually begun?

As they’re a public company, our bankers advised that we should disclose it. Now that we have disclosed it, we can’t comment any negotiations with Wanda. We thought it relevant to announce that the professionals have taken an interest in the sport and want to be involved in the conversation about where Ironman goes.

What kind of financial partners do you have or what kind are you looking for?

The phrase I would use—and one that’s beginning to be used a lot more in stable investing—is patient capital. It’s a different kind of profile of investor who is still able to get healthy returns from a company like Ironman but doesn’t need to leverage it up with debt and squeeze it with interest payments. If you look at their filings, they’re paying roughly $30 million in interest payments at the moment, and yet there’s roughly only $4.8 million in annual prize purses. So we’re talking six times more money paid in interest per year than prize money—it’s crazy. That’s just the financial structure they’re in.

In contrast, there’s a huge amount of patient capital out there. Through North Point, we’re talking to a number of investors who recognize the value in professional sport and the value of working with professional athletes. We’ve engaged them to handle all the financial aspects of this, and we’re being choosey. We want to make sure we have the right financial partners who are going to be in this for the long haul. It’s been an exciting couple of months seeing the interest that there is. Even taking away from the terrible IPO, I think it shows there’s a better place for Ironman than where it currently is.

Ironman has a huge staff that by most accounts does an outstanding job. Do you foresee any changes with the company structure?

This is about working in partnership with the people who have been producing Ironman and doing a fantastic job. We want to allow them to further grow the sport, rather than being concerned about a stock price. We’re not looking to take the Ironman asset and give it to someone else to operate. There are incredibly talented people at Ironman, they’ve just been restricted by the current financial structure.

PTO hasn’t been able to get the Collins Cup off the ground for three years—why should they be trusted with the largest producer of triathlons in the world?

It’s a valid question. Everyone has their faults and we’ve certainly had some false starts over the past couple years. We believe now that we’re in the position to really make a difference in the sport. That’s not just because of the position Ironman is in since going public. We have financial partners raising their hands saying, “let’s go forward.” We’re confident that we can be the path to self-determination for professional athletes.

Whether it’s the PTO now that does this, or it’s somebody else in the future, change needs to come for Ironman. I think a lot of people know it, and we’re going to be out there beating the drum and saying that. We think that the professional athletes can bring a huge amount of value to the sport, and that’s why we’ve announced what we have and why we’re moving forward. The pros have kind of been forgotten and it’s held back the sport and it’s time to change that. It’s worked in other sports and I think we’ll see it work in endurance sports as well.