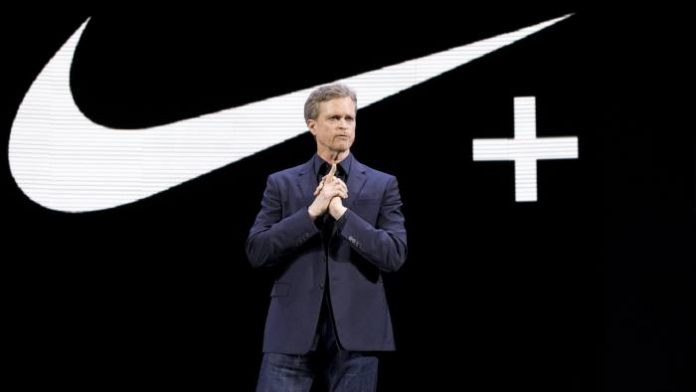 Nike announced Tuesday that CEO Mark Parker will step down in January. Parker has served as CEO since 2006, and he became Chairman in 2016, at which point his annual compensation tripled to $47.6 million. He will remain on the board at Nike as executive chairman.

The shakeup at the world’s largest sportswear company comes amid the fall of the Nike Oregon Project and the U.S. Anti-Doping Agency’s ban of head coach Alberto Salazar. The USADA investigation brought forth emails between Parker and Salazar discussing experiments with performance-enhancing drugs. Parker responded by claiming he believed the experiements were being done to prevent the sabotage of Nike athletes. He stood by this claim even as it was widely ridiculed, and also said he would support Salazar in his appeal.

By keeping Parker on in such a prominent role, the company is showing it cares little about optics and nothing about company culture or clean sport. Under Parker’s leadership, Nike spent millions defending Lance Armstrong, financially punished female athletes who became pregnant, endured numerous claims of harassment toward female employees, and now is complicit in helping coaches and athletes cheat.

With Parker remaining one of the most preeminent (and highest-paid) employees at the company, there’s little hope that the culture that fostered these issues will actually change. Given the concerns Nike has recently had with female employees and sponsored athletes, wouldn’t tapping a woman as the next CEO send a message that the company actually cares about a change in culture and image? Currently, only two of Nike’s nine executives and only three of its 13 board members are women.

Former Oregon Project runner Kara Goucher was one of the whistleblowers who led to the USADA investigation and has experienced both the sexist and win-at-at-costs mentality that is pervasive at Nike. I asked her if she thought Parker stepping down as CEO will do anything to change the company culture.

While running is just a small part of Nike’s global business and brand, it’s particularly meaningful to Parker, who ran track at Penn State before joining Nike as a shoe designer in 1979. He’s been behind some of the biggest breakthroughs in running shoe technology for more than three decades, including Nike Air and the recent Vaporfly technology that has been the cause of much controversy and hype.

When it comes to the sport he loves, Parker has shown that he’s willing the push the limits of what’s possible and acceptable with both shoe technology and other forms of exogenous performance enhancement. It’s one thing to do everything you can to make a really fast shoe when you’re leading the world’s largest running shoe brand. It’s something entirely different to be part of a coordinated effort help athletes, coaches and doctors cheat and get away with it.

Parker was aware of the testosterone tests Salazar was performing on his own sons. Doubling down by claiming that he believed Salazar was attempting to prevent the doping of his athletes is a slap in the face to USADA and the anti-doping movement. He was also aware of experiments of large infusions of L-carnitine. It’s hard to believe that was being done to prevent the subversion of Nike athletes.

The CEO of running’s biggest brand and largest financial supporter shouldn’t be complicit in helping runners cheat. Neither should the executive chairman. It’s time to send Mr. Parker packing.