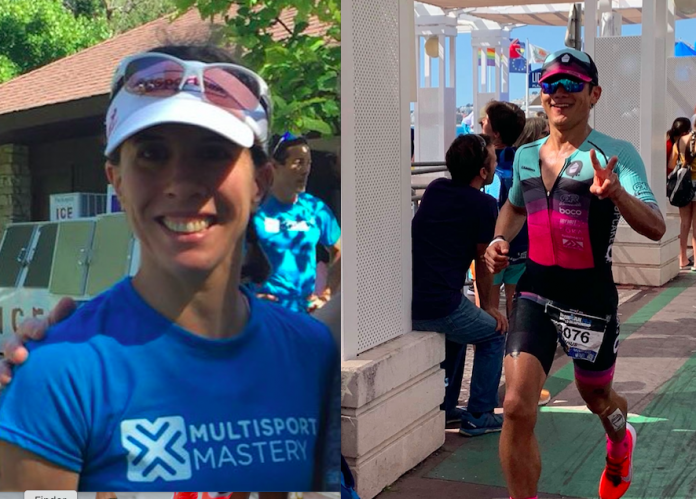 What is your favorite triathlon discipline?

I entered triathlon 20 years ago as a runner who wanted a new challenge but needed to learn to swim. These days, I really enjoy the swim. It’s the sport that I’ve always been able to go to during pregnancies, injuries, easy days or race recovery.

What is your most memorable moment in your endurance career?

In 2015, nine months after giving birth to my second child, I won my age group and placed second overall at Ironman Texas, qualifying for the Ironman World Championship and setting a new Ironman PR.  It was one of those rare magical race days where everything came together.

3 sessions in each sport per week and 2 strength sessions

Where is your favorite place to train?

Locally, I spend a lot of time on the lakefront. I usually run through the main path, and get in open water swimming right by Ohio street beach. I ride a lot on my trainer to catch up on some shows, but if weather permits, I ride up north on Sheridan road making it up to Wisconsin or south on the path to Indiana. To find hills, I make a trek up to Wisconsin.

What athletic endeavor are you most proud of and why?

As someone who wasn’t really born athletic but fairly active, getting into triathlons has opened a lot of doors for me. I’ve raced a handful of times outside the country, but the best memories may have been not entirely when racing. One would be a self-supported coast-to-coast ride with friends. We started from the Pacific in Chile cycling through Patagonia and ended in Atlantic in Argentina.

7-16 depending on time of year

My definition of PRs have evolved from mere time goals to efforts on race days. If I knew I had given it my best, that in itself is already a win.