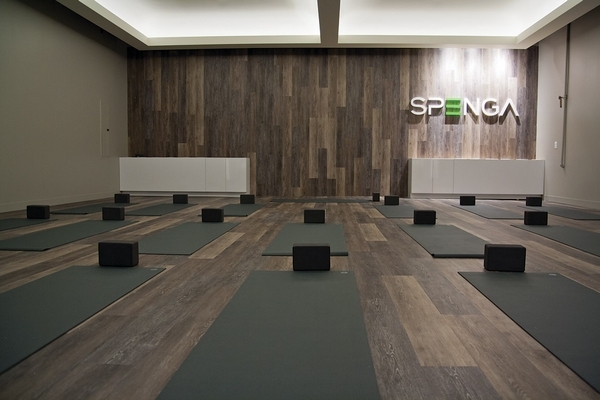 A new studio fitness franchise hits the suburbs this fall, and provides customers with an all-inclusive workout in just one hour.

Spenga, the hybrid fitness studio, combines 20 minutes of spin, strength and yoga into an instructor-led class, according to Crain’s.  Founders Amy Nielsen and Heather Ruff recognized that many like to add variety in their workouts, but end up paying for multiple memberships as a result. With Spenga, members get the whole package.

“A lot of people had a gym membership, and then they might do their cardio somewhere else like a SoulCycle or a Flywheel, and then they’d also do yoga in a different studio,” Nielsen tells Crain’s. “[At Spenga] you have those three components in a one-hour session.”

The first location opened in July 2015 in Mokena, and this past July a franchise opened in Downers Grove. Now, Spenga has signed 40 franchise deals in the Chicagoland area, along with locations in Colorado, Virginia, Florida and Ohio. In November, athletes can join Spenga in Glenview, and another will open in Oak Park in January.

Members can buy a 30-, 90- or 180-day membership with a twice-weekly or unlimited option. Prices vary by location.

The company’s goal was to sign up to 40 deals by the end of 2016, and 100 in three years, says senior vice president of franchise development Scott Nichols.