Home Features Navigating the Changes in the Female Body 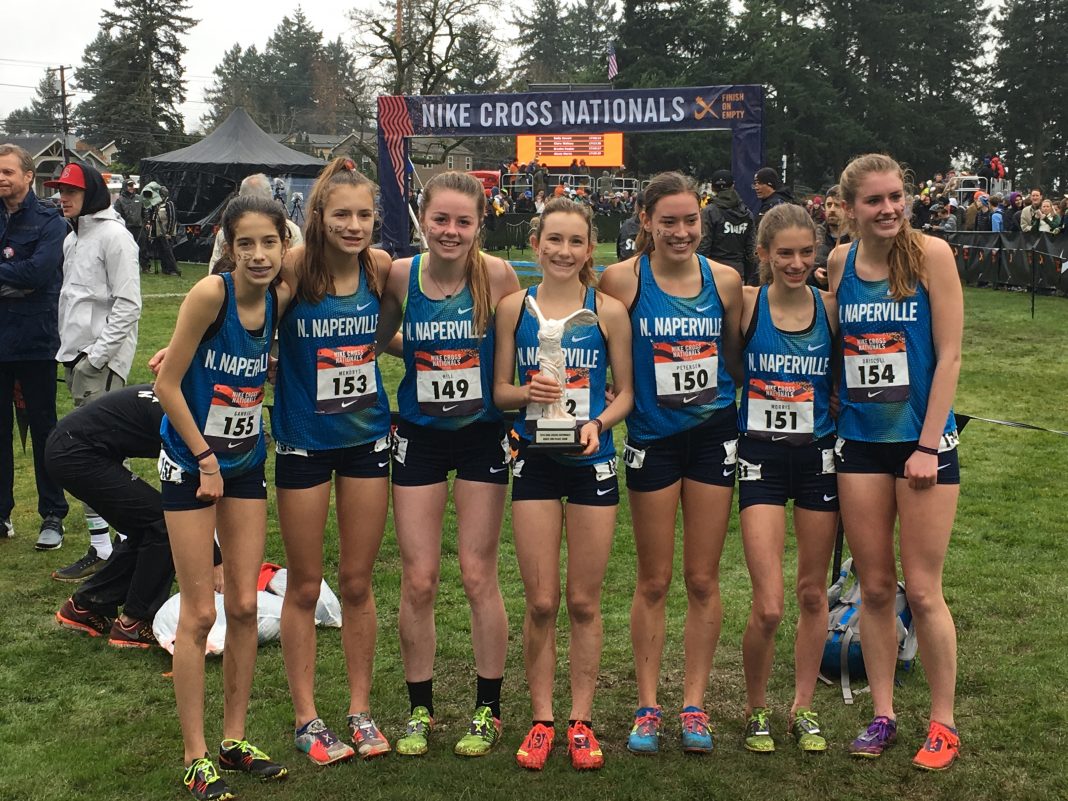 By the age of 14, girls are dropping out of sports at twice the rate of boys, according to a report by the Women’s Sports Foundation. While many of these cases can be attributed to accessibility, cost, and lack of motivation, often times, puberty plays a role, as the changing body can effect performance and attitude.

Alyssa Schneider was Bartlett High School’s top runner during her four years, and went on to run at the University of Illinois in Champaign-Urbana. She is now on the Second City Track Club downtown. While speed was always in her legs, she underwent several changes that affected her training, and required constant attention and adjustments.

“I had no running experience before the summer of freshman year, so I was able to slowly build and stay injury free during high school, despite a few nagging aches and pains,” Schneider explains. “We did not run very high mileage, which was a benefit for me.”

“It’s common to believe that girls in high school are faster as freshman and sophomores and get worse as they get older. That’s so destructive and not true,” Iverson says. “it’s about education, and we do an awful lot of that on strength and nutrition.”

Specifically, Iverson targets the muscles relating to the hip and pelvis region, as that is where the biggest bodily changes occur at the high school age, and what can impact running performance the most.

“As the hips widen slightly and the soft tissue around them expands, the most common thing for a girl to feel is a little heavy, fatigued or slow. They feel like their body is not the same body they’ve run in their whole life,” Iverson continues. “The growth spirt girls go through Is so much different than the ones guys go through, so it’s hard to navigate.”

Commonly, girls will start plateauing, regardless of how much work they are putting in. When this happens, Iverson sees one of three outcomes: the athletes just outright quit, or worse, they give up without quitting, and accept where they’re at. Less often do the girls persevere and end up faster on the other side.

“At this age, girls are retraining their adult bodies to work the way they should … specific strength work that help the hips function is the backbone of female strength work,” he adds.

If a girl doesn’t have strong hips, she can be at risk for having a labrum tear on the hip, which is really serious and can require surgery. After having a few athletes deal with this, Iverson added more flexibility and yoga to the routine in conjunction with the strength training.

For Schneider, she dealt with having low ferritin (iron) levels, which impacted her speed.

“A lot of young runners have low ferritin levels, but don’t catch it right away because they’re not getting blood work done,” Schneider says. “Come college, they monitored our levels every few months.”

While males can also feel effects of not having enough iron, it is much more common in females because they have menstrual periods. Schneider began taking ferrous sulfate, or liquid iron, in high school and still takes it today, which she simply orders off Amazon.

Low iron goes hand in hand with nutrition, and Schneider and Iverson agree that stressing the importance of this in young female minds. However, Iverson approaches this topic with caution, as girls at this age are very fragile.

“I don’t want a kid overthinking their diet, but iron intake is definitely the most important, and just general calorie intake” he explains. “We have them track them in logs. Our program builds a culture around eating and that you need to eat more than your nonrunner friends.”

Iverson encourages parents to pay close attention to their young female athletes though; if there are any signs of the athlete obsessing about their weight or having negative body image, their ears need to perk up.

“It can be really confusing with all of the changes that happen during this time that are associated with weight gain,” Iverson adds. “It’s a temporary thing, but girls think if they’re running slower and gaining weight, they need to lose weight, and that is really dangerous.”

While Schneider didn’t focus too much on her diet until running in college, she did pay closer attention to adding healthy fats in each meal.

“I think high school runners can get away with having a diet that’s not as idealistic, but without enough fat, female runners tend to lose their menstrual cycle.”

This did happen to Schneider in college, and had to start taking birth control and adjust her diet to get it back. Foods she incorporated included nuts, nut butter, avocados and full fat yogurt and ice cream.

“As a female high school coach as well, I tell my girls right away they can ask me anything about nutrition, female issues, stress, etc.,” Schneider adds. “I think it’s really important that young runners train the right way and are aware of some of the repercussions of bad nutrition, or irregular menstrual cycles. A lot of young runners face these issues and think they are out of the norm, so they do not want to bring it up.”

Once females get to college and are more developed in their bodies and training, the workout volume becomes more of a focus. While Schneider definitely experienced an increase in mileage and speed workouts from high school, 18-year University of Chicago track and cross country coach Chris Hall does limit the volume his female athletes do compared to the male team.

“It’s not to say they can’t put in as much time or aren’t as strong, but they are much more susceptible to lower leg injuries, so they can break down easier,” Hall says. “It’s just structural: guy’s hips, knees and ankles are in a straight line, and women are not, so they are more susceptible to stress fractures or tendonitis.”

The women work just as hard as the men do, if not harder, Hall argues. While the men might be on the track putting in longer interval workouts, the women are doing more cross training. Whether they’re in the pool or on an elliptical, Hall knows they are getting the work their bodies need, while resting the muscles that work hard while running and focusing on other ones.

“We’ve actually had more success on the women’s side than the men’s, so they don’t question my theories because there’s proof that it works,” Hall adds.

Throughout all of the transitions of being a female runner, Schneider has learned to be patient with her body, and really focus on recovery. After losing access to a facility in her post-collegiate running days, she feels it’s forced her to prioritize stretching, rolling out, sleep and rehab exercises.

“No matter what level of training you’re at, you have to remember your own personal training history, and not base it off what others are doing,” Schneider says. “I’ve realized that everyone is pretty different, and the older I am, the more I see totally different training styles that end up in pretty similar, successful results.”