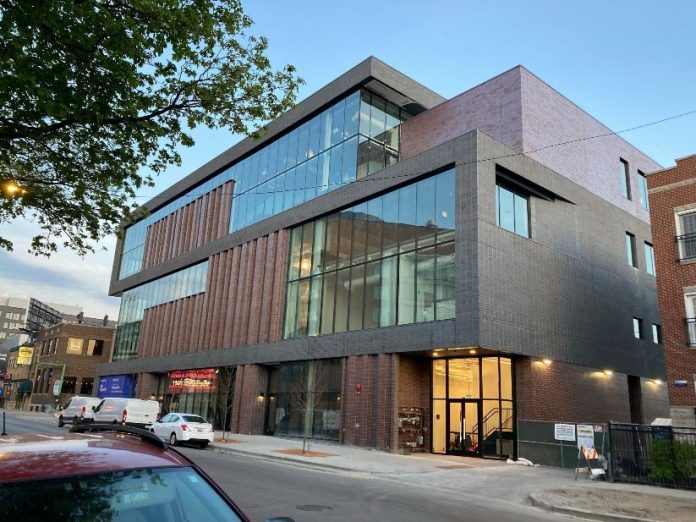 El Cap, one of the nation’s largest communities of indoor climbing gyms, announced today plans to open their first Movement facility (formally planned as Planet Granite) in Chicago this September. This new indoor climbing facility will feature custom-designed bouldering terrain, strength and cardio fitness zones, a yoga studio, saunas, and a fully stocked gear shop. Best of all, Movement Wrigleyville will offer Chicago’s adventure enthusiasts an inviting space to meet with others who share their passion for climbing, fun, and fitness.  It will be situated in the Wrigleyville section of Chicago, just steps from the iconic ballpark. 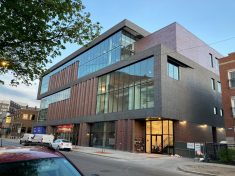 This September, Movement Wrigleyville will open its doors to adventure seekers at 1115 W Addison St., across from Wrigley Field.  The new facility will cover a massive 43,000 square feet and will feature over 12,000 square feet of climbing walls designed for all levels, beginner to pro, by Walltopia, a global leader in interactive climbing wall installations.

Chicago’s newest climbing facility will span three floors which surround a central atrium that’s illuminated by natural sunshine cascading from skylights some 50 feet above. Separate areas for weights, cardio, and yoga occupy their own floor and overlook the multiple climbing areas for a surprisingly open and fluid workout environment.

Movement Wrigleyville will host a full lineup of adult and youth climbing classes led by a friendly and knowledgeable coaching staff.  In addition to climbing, high-quality yoga and group fitness classes will be included with memberships and day passes. The gym will also offer several lounge areas where members can socialize, share their stories, and organize their next adventures.

“Adding to the rich and diverse climbing community in Chicago is one of the primary goals our new facility,” said Jen Torrent, District Director at Movement. “As adventure enthusiast ourselves, we want to meet and welcome others into our space and offer them support, training, and a bunch of fun bouldering problems to master!”

To view a conceptual, animated, walk-through of Movement Wrigleyville on YouTube visit:

Movement Wrigleyville will open in early September, located at 1115 W Addison St and is convenient to nearby mass transit hubs. Movement’s second Chicago gym in Lincoln Park is also slated to open later this fall.

For more information and to sign up for grand opening news and promotions, visit:

Movement is part of the El Cap Family, one of the largest, nationwide, network of indoor climbing facilities. Every Movement, Earth Treks and Planet Granite facility is committed to growing the climbing community through a shared vision to empower personal transformation and inspire social and environmental impact.

Movement gyms feature bouldering, top-roping, and lead climbing, as well as amenities like yoga studios, functional fitness, cardio zones, and climbing gear shops. Each facility caters to participants of all abilities – from competitive athletes to weekend adventurers and families. Learn more at El-Cap.com.