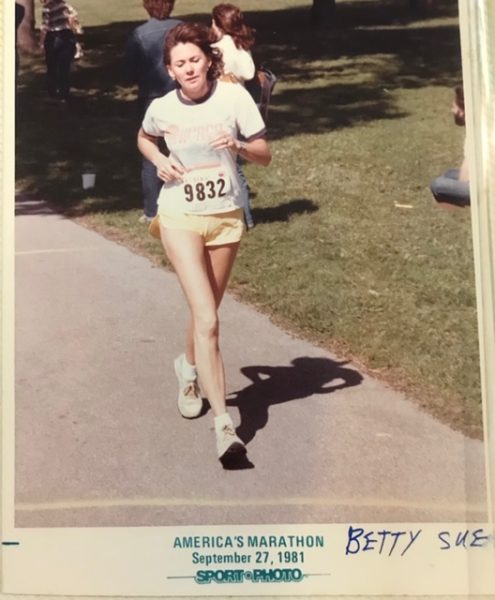 As we get ready to celebrate the 42nd Chicago Marathon, let’s think back to the
first Chicago Marathon which was held on September 25, 1977 under the
original name of the Mayor Daley Marathon. The inaugural race drew a field of
4,200 runners and cost just $5 to participate. Runners began at Daley plaza,
ran along Lake Shore Drive, and ended at Buckingham Fountain.

Less than 10 percent of the field were women. Betty Crim, Chicagoan and emergency room nurse, was one such woman who participated that year. Betty went on to finish the next six Chicago marathons.

“The course included Grant Park and various parts of the city,” recalled Crim.
“We actually ran on Lake Shore Drive for parts of it and finished at the
Buckingham Fountain.”

As one of the few women who participated in the inaugural event, Crim
describes what it was like on the course. “We didn’t have portable bathrooms
and it was a very uncomfortable. Also, we only had water on the course and
the stations were about three miles apart.”

A vast change from today’s course, which touts countless porta-potties,
plentifully stocked aid stations, and medical assistance stationed throughout
the course. Another big difference are the training resources runners have at
their fingertips.

When asked about training, Crim explained her approach. “I just ran. I put in
so many miles a week. I never ran anything more than 12 miles at one time. I
was using tips found in Runners World. I started running and I thought the
marathon would be fun to do. I found the application for the marathon in the
pull-out section of Runners World and sent it in.”

And that was that. Betty Crim became a piece of Chicago Marathon history as
one of the very few women to race in the 1977 Mayor Daley Marathon. She
helped to pave the way for so many women marathoners who make up
just about half the field today.

“The biggest difference I see in themarathon world today is the large increase in women taking over the sport.”

In 2015, Crim survived a fight against breast cancer with the true grit of a
marathoner. Although she no longer runs, Crim continues to support runners, especially her son, CARA member, Lynn Crim, who will be tackling his 16th
Chicago Marathon this weekend. 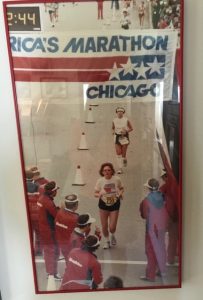