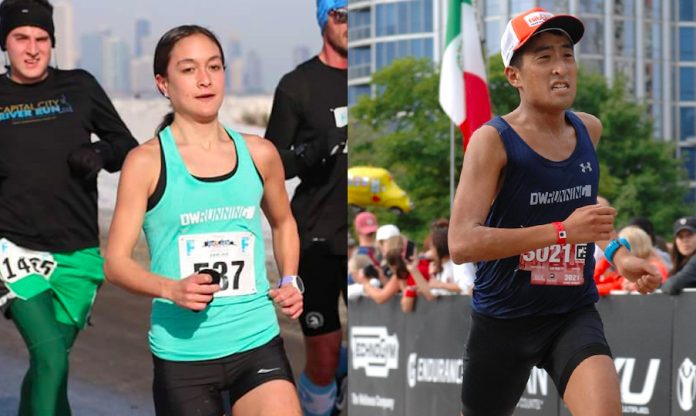 “I quickly became enamored with running after joining the cross country team while attending Northside Prep High School. Running provided me a community and an opportunity to express myself. I continued competing as a member of the Illinois Cross Country and Track Club while attending the University of Illinois. Following university, I became involved in the Chicago running community through Fleet Feet Sports and found success in the marathon and beyond. In 2017, I joined DWRunning coaching staff and finished 84th in the TCS New York City Marathon. As a coach-athlete, I look forward to continuing to contribute to the Chicago running community and tackling new challenges around the world.”

“I started competing in cross country and track and field my sophomore year of high school, and qualified for state every year. I battled a lot of injuries throughout college but worked on a lot of strength to make my senior year at Lewis University my healthiest and best. After college, I wanted to continue the positive momentum; I looked into some coaching choices and met with Dan Walters who started his own team DWRunning. Since the summer of 2016, he has kept me healthy and excited to chase after my goals. I made my marathon debut at the 2017 Bank of America Chicago Marathon I am working towards qualifying for the Olympic marathon trials in 2020 and beyond!”