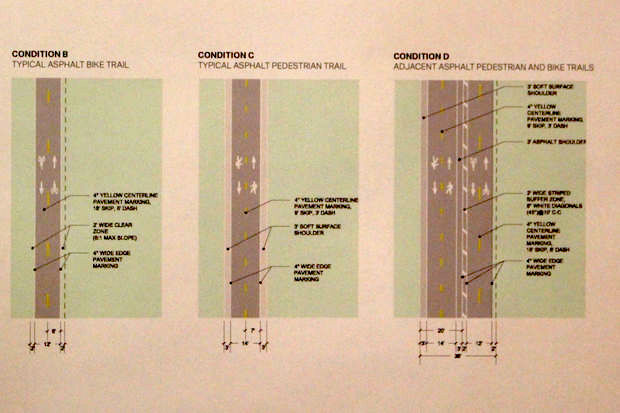 As early as next month, work on two stretches between Fullerton Avenue and Navy Pier will start, DNAinfo Chicago reports. The original path will be refurbished for pedestrians close to the lake and North Avenue Beach, and a new two-lane bike path will be created on Lake Shore Drive between Fullerton and North Avenue. Between Oak Street and Ohio Street, an entirely new four-lane path will be built, with two lanes for bikers on the Lake Shore Drive side, and two lanes for pedestrians.

Michael Lange from the CPD’s Division of Planning and Development predicts the construction to only take a few months. However, Heather Gleason from the CPD admits that the stretch between Oak and Ohio “will be a little bit tricky,” as the sea wall will not be moved and both paths will be shifted so a four-lane resurfacing can take place.

Cyclists and pedestrians will also be detoured at Diversey Parkway to the west side of Diversey Harbor and the Lincoln Park Lagoon until reconnecting with the Lakefront Trail at the North Avenue underpass. A detour will also take place between Fullerton and North.

Construction of the south end of the path at Ohio Street will be put off until the completion of the Navy Pier Flyover, which is set to be finished in 2018.

Upon completion, the entire 18 miles of the Lakefront Trail will be separated for cyclists and pedestrians. This project was announced in December, thanks to a $12 million donation from Kevin Griffin, who is said to be friends with Mayor Rahm Emanuel. Griffin admitted the “lakefront bike path is a disaster.”