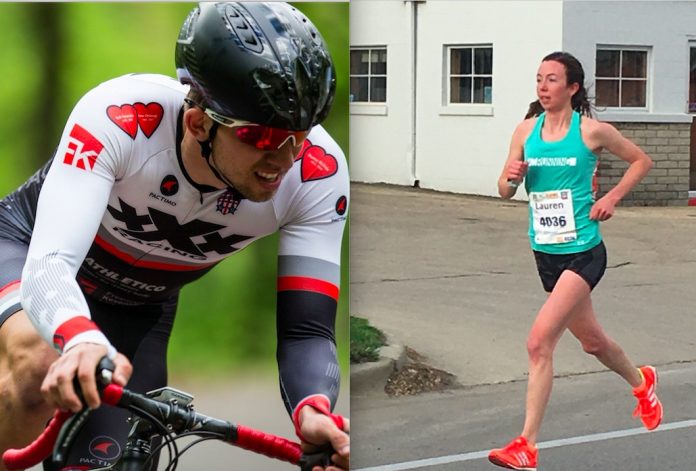 Although he is now a Chicago resident and cyclist, Tyler George started his cycling career in Indiana; in 2006, George raced the Little 500. He then moved to Chicago and joined the team xXx-Racing and has been racing with them ever since, and now does some coaching. More recently, George won the first race in the Illinois cup, the 2017 P/1/2/3 Spring Super Criterium, and second in three other 2017 criteriums. George holds the Northbrook Velodrome Kilo Track record of 1:07.70 and is leading the Northbrook Velodrome Rider of the Year standings for Cat 1/2. He hopes to win the Illinois Cup this year.

Lauren started running on her middle school team, and started doing a few local 5ks with her family for fun on the side. She was a four-year cross country and track athlete at Hinsdale Central High School which led her to be a walk-on athlete at Princeton university. After some time off and discovery of other sports, Zumbach is now a runner at DWRunning and plans to run the Bank of America Chicago Marathon for her first time this year. During her first go at the Shamrock Shuffle, Zumbach came in with an impressive time of 28:43, and was the sixth female at the Illinois Half Marathon in April with a time of 1:21:48.