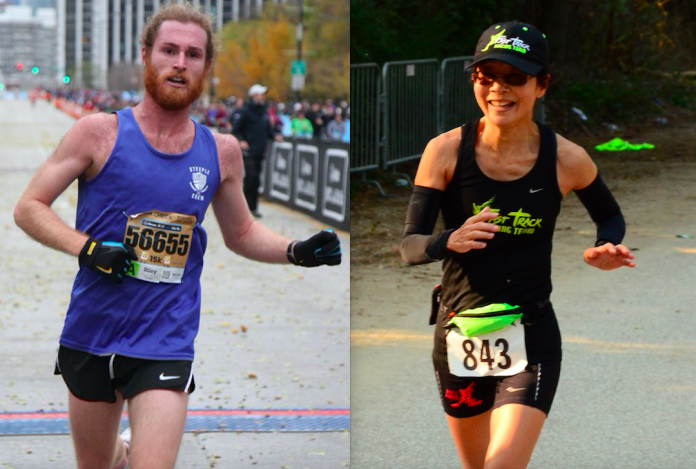 “I started running like most kids: in middle school track. However, my dad was a college coach and a former NCAA All-American distance runner, so running was in my blood. I quickly found success and carried it over to high school where I joined cross country and that’s when I fell in love with the sport. I was a four-time state qualifier in both cross country and track, and All-State athlete in both sports. After high school, I stayed in town and went to Eastern Illinois University. I was a multiple time All-OVC in cross country, indoor, and outdoor track. I was also a part of three OVC Championship track teams in 2015, 2016, and 2017. In my final race, I broke the school record in the 3000m Steeplechase at the NCAA West Regional. Although I’m done competing collegiately, I’m still training and trying to work my way towards the USATF Championships and the Olympic Trials. I’m currently a volunteer assistant coach at EIU and I’m training with the team there, and I teach PE at an elementary school in town.” McInerney recently took second at the Allstate Hot Chocolate Chicago 15k, with a time of 48:32.

“I grew up before Title IX. My school did not have any track & field or cross country running for girls, so I didn’t do any sports in school. I started running in my 30s, jogged on and off for the next 10 years until a co-worker got me interested in races when he signed up and ran the Chicago Marathon; he inspired me to start running (very slow) in smaller 5k and 10k races. I am thankful to this day that I ran into Dave and Ann (the Fast Track Racing Team before it was even that team) and was invited to train with the dozen or so people at the time, more than 10 years ago. My most recent accomplishment was winning my age group at the New York Marathon in 2018. I have won my age group at the 2013 Chicago Marathon, took 2ndAG at the Tokyo Marathon in 2014, and 4thAG at Boston in 2014. I have been part of the CARA running circuit for years and was inducted into the CARA Hall of Fame in 2013. My times aren’t super fast, but I hope to keep going to let others know that age is not an excuse.”