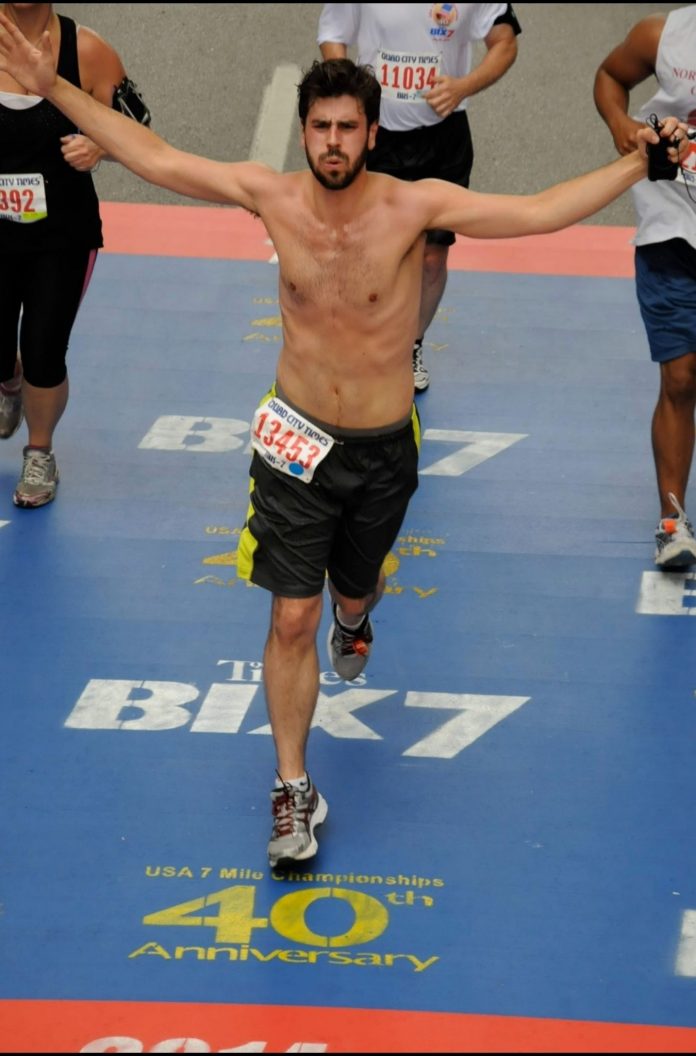 March is Disability Awareness Month and Chicago Athlete Magazine is so proud to introduce you to two local athletes that bring it, every day.

Endurance athletes are known for their ability to push through painful, challenging situations with determination and grit. For a well-rested, healthy athlete, the daily training and racing can still be a grind. For those battling Multiple Sclerosis (MS), a condition that causes communication issues between the brain and the body, that grind presents new challenges. Two Chicago area athletes, Charles Donahue, 37, of Lake in the Hills and Evan Daebel, 31, of Algonquin, are conquering those challenges with inspirational defiance.

As Charles begins his story, the degree to which MS has influenced his life is instantly apparent. This is not an indication that MS has taken over his life, but rather a testament to how Charles has mastered the science of MS and leveraged that expertise to rise above the diagnosis and be the best version of himself.

Charles starts with a high-level description of the disease, explaining how the immune system attacks the myelin, or protective sheath, that covers nerve fibers. Areas where the myelin is attacked, called lesions, are detectable by MRI and most typically found in the brain or spine. Symptoms can vary by individual, and include vision issues, pain, fatigue, and impaired coordination. Despite being diagnosed 15 years ago, and having over 100 lesions detected since, Charles still runs 50 miles per week, averaging about an hour every day.

“I have other friends who were diagnosed around the same time as me that are bed bound, in wheelchairs, or doing the wall walk,” he explains, raising his hands in a mime-like motion to demonstrate. He contemplates the role exercise has played in his battle, citing a recent study involving “exercise-induced increase in blood-based brain-derived neurotropic factor” in people with MS. In layman’s terms, his commitment to exercise is what allows him to continue running daily.

“Still”, he continues cautiously, “any attack could be the one to stop all that.”

Evan, an accomplished Ironman triathlete, snowboarder, and rock climber was diagnosed a year ago, and carried a different familiarity with MS into his diagnosis. 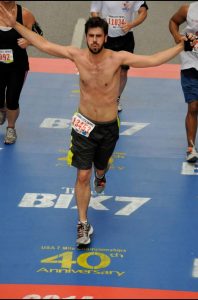 “I grew up with my dad having MS and watched it progress over the years. I was 10-11 years old giving him his shots, but it wasn’t something we really talked about as a family. I just watched him decay.”

Evan’s symptoms began with numbness in his right hand. The loss of dexterity makes it difficult to write sometimes, and his hand often goes numb while swimming. Treatment began with physical therapy, which helped, but an MRI confirmed fears of MS as a lesion was found on his spine level with his right shoulder.

He slipped into depression after the diagnosis, calling the first six months horrible. He recalls a moment snowboarding shortly after, looking out over the mountain, and wondering if it would be his last time cruising down fresh powder on his board.

Rather than roll over and accept limitations, Evan targeted a larger goal – Ironman Wisconsin. Already an Ironman finisher and crusher of multiple 70.3 races, Evan knew the training demands in front of him and dove in. 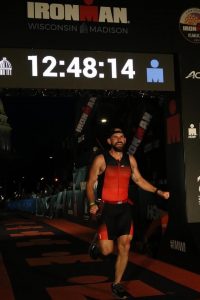 It wasn’t always easy, even by Ironman standards. Besides numbness and tingling in areas of his body, Evan also describes having moments of unrelenting fatigue and pure exhaustion. As he describes, there were times he could barely lift his arms up while swimming and he had to will himself to keep moving. 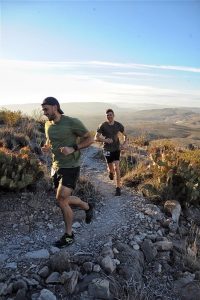 Still, over the course of a year, there were only three workouts he missed completely due to an MS flare-up. Evan recalls a specific bike workout when the fatigue was at its worst. Determined not to skip it, he took it one step at a time – put on his bike clothes, get the bike ready for the journey, and roll out of the driveway.

“I just spun around the neighborhood easily until, suddenly, my body woke up. I could literally barely walk for about 12 hours, then I felt like I could hold 250 watts forever. It showed me that if I can just show up and push through that it will dissipate.”

And show up he did – with one more race day hurdle. After an emotionally and physically exhausting year of Ironman preparation, he threw his back out the week of the race. He spent the day and night before in agonizing pain, unable to stand up straight, and accepting that he may miss this race. He even called friends and family to let them know he would not be competing.

Still, as the rest of the competition was settling in for bed, Evan stayed up. He stretched and moved around his hotel room, trying to regain mobility. As his back loosened, he prepared his nutrition just in case there was a shot to compete, and when his alarm clock finally went off at 4am he was able to stand up straight enough – painfully – but straight enough.

He thought, “maybe I can just complete the swim.” So, he swam, and his back loosened up as he stretched out in the water. So, then he thought, “maybe if I can stay down on my aerobars on the bike it’ll take the pressure off my back, and I can complete the ride.” So, he did, for 112 miles, and the back stayed loose. A few painful twinges on the infamous Wisconsin hills kept him honest, but he completed the bike in good shape. He then prepared to walk for as long as his back would let him. That walk quickly turned into a jog, and he was later able to pick up the pace when he found a friend on the course.

26.2 miles later, the Wisconsin state capital was in sight. He rounded the corner, entered the finisher chute, and released a massive scream.

It was a scream of victory, but also a scream of relief. At the forefront of Evan’s motivations for taking on the Ironman after his diagnosis:

“I needed to prove to myself that I wasn’t dying.”

September continued to be a good month for Evan, as another MRI revealed that his MS has not progressed since his initial diagnosis.

And earlier this month, on a snowboarding trip with friends, he stood again at the top of a Colorado mountain, pondering the question about whether or not this run would be his last. This time, his answer was firm. “No. It’s not.”

Charles and Evan have great individual stories, but together they show how supportive the endurance community can be. Evan found Charles on Strava shortly after his diagnosis, reached out to him, and the two quickly formed a friendship.

Charles has devoted the last 15 years to mastering MS. He is a subject matter expert on the disease, met his wife through volunteer work with the National MS Society, founded an organization called More Sunshine (a wordplay on both the MS initials and studies showing Vitamin D’s positive effect on MS treatment and prevention), and works as a Territory Business Manager for a large pharmaceutical company where he specializes in – you guessed it – drugs for MS treatment.

As Evan voices his MS concerns and goals to live a healthier, more active lifestyle than his dad, Charles reminds him that he was diagnosed at a much different time and is eloquent in his comparison of MS treatments now versus thirty years ago.

“MS used to be diagnose and adios,” he explains, before detailing the history of MS treatments, from steroidal medications in the late 80’s to Interferon drugs that slowed progression to modern drugs that are highly effective. With the disclaimer again about MS being a highly individual experience, he tells Evan that if he’s diligent with his health and takes his prescribed meds that an active, healthy life awaits him.

Charles is just as diligent with his nutrition. As I jokingly (kind of) suggested ordering a large plate of buffalo wings with a heaping side of bleu cheese dressing, he was quick to point out the kebabs with rice on the menu, saying, “they should have the right ratio of protein, carbs, and fiber.”

Charles and Evan are active on Strava. Please see the links below to follow and support their endurance adventures.