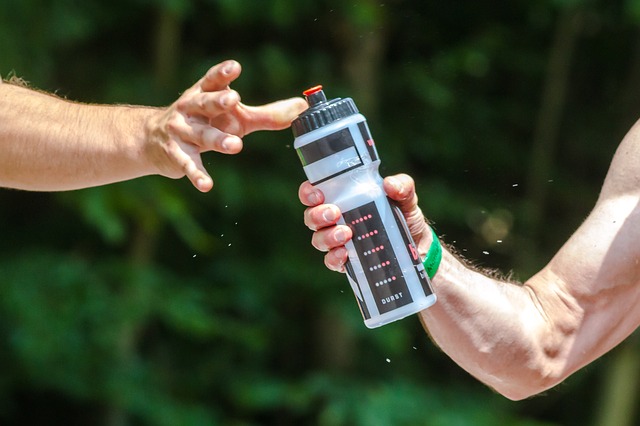 While many runners swear by the “drink as much water as humanely possible before a race” strategy to hydrate, recent research proves that may not be the smartest technique.

Out of fear of dehydration, about 8.9 percent of runners chug gallons of water prior to race day, and 36.5 percent consume fluids to a preset schedule, according to research from Loyola University. However, research from St. Mary’s University in London claims that dehydration isn’t as bad as most think, and it can actually improve one’s performance rather than hinder it.

“Think about it,” John Brewer, professor of applied sport science from St. Mary’s, tells Athletics Weekly. “Each liter of fluid lost equates to approximately 1kg of body weight. Carrying around less weight has a positive impact on endurance performance, so people train their bodies to cope with dehydration, rather than fighting to prevent it.”

In fact, sports scientists from New Zealand suggest that a 3 percent drop in body weight through fluid loss does not slow down runners, and other research shows athletes can lose up to 10 percent without affecting performance.

Though many sports scientists support the idea of mild dehydration, they also encourage runners to listen to their bodies; everyone is different, and if you feel especially thirsty, then drink up, and don’t let your body lose too much water or it will start to malfunction. Taking environment and training intensity into account is also crucial when considering your hydration needs.

One rule of thumb to follow is for every pound lost, a runner must drink two 10 fl. oz. glasses of water, or half a liter, to replace liquid lost. Monitoring urine color is another good indicator – dark urine suggests more liquid consumption is needed.

But, be careful of over-hydration, scientists warn.

Exercise-associated hyponatremia, or when the blood levels of sodium become too diluted, is a result of drinking too much water, and may be more serious than drinking too little. A doctor from the University of Virginia School of Medicine tells Athletics Weekly that 14 athletes have died from EAH since 1981, and many more have suffered from it. The kidney specialist reiterates, “Mild degrees of dehydration don’t impair performance.”

Ron Hill ran the 1970 Commonwealth Games marathon without any hydration, yet others require much more to succeed. A doctor from the Clinical Journal of Sport Medicine says hydrating should be a simple process; “If you drink when thirsty, you will not become hyponatremic and you will not suffer from significant dehydration.”