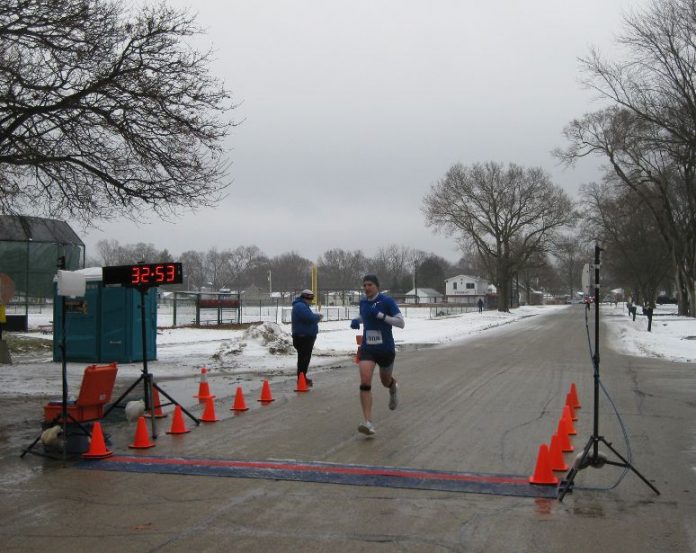 You never know what you are going to get at the Frosty 5 Mile in Channahon. Forecasts for race time- which started at 1pm- called for a snowy morning leading up to the race, more snow and some mixed in rain during the race, and 16 mile per hour winds that made the wind chill temps about 23 degrees.

What we got was, not that.

A layer of snow and slush carpeted the roads just enough to make it a little slick and get your shoes wet, but the wind died down by race time and runners were greeted with a relatively nice afternoon. 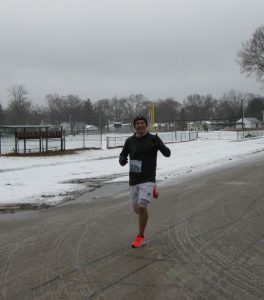 Luckily, Frosty 5 Mile runners know how to roll with the punches and, with the race being in its 41st year this year, you’d expect that to be the case.

While we did have a bit of a headwind and some snow in our faces for the first mile or so, after that, the running gods seemed to have decided that we should have an enjoyable race. It was a day hard fought by all participants, still being mindful of their footing, of course, but everyone out there fought their own battles until the end. Whether that was the battle for the win, where the top three runners race together until mile three, or if it was a battle over the hilly section of the course, willing yourself over the next ridge, knowing that the last mile is flat. 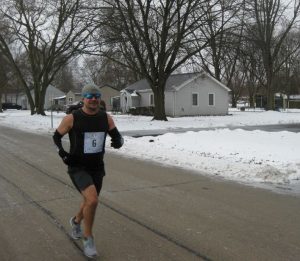 As always, there is a great sense if community at this race, with all participants gathering in the school’s cafeteria and gym before and afterward. Along with the general overall and age group awards, there are also awards for the top Channahon residents, who received nice, fleece blankets for their efforts. Something sometimes unseen at other events but always seen here is that, while enjoying their post race pizza, almost all the runners stick around for the awards ceremony in the gym and, on top of that, they all stick around until the end so each age group winner gets their well earned applause.

People who sign up early for a February race in Chicagoland know that they may have to deal with not so ideal conditions come race day, but the people from the Channahon Park District who set up the Frosty 5 Mile know how to make it a welcoming and well organized event for all in attendance year after year. It is truly one of the hidden gems of the Chicago racing scene.