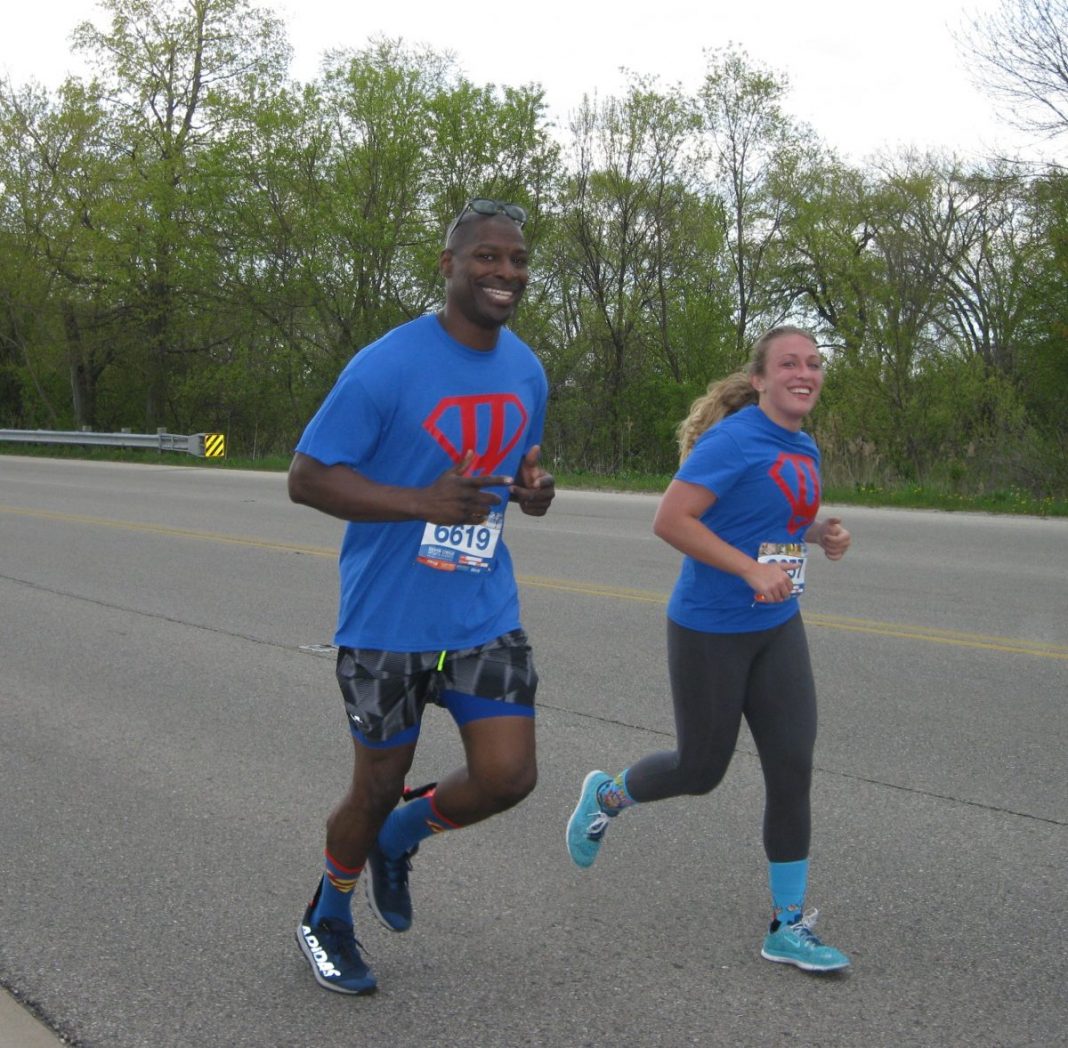 A 5k race that lives up to its name, the Every Kid Needs a Superhero 5k is all about the kids and featured plenty of superheroes.

With all the comic book based, Hollywood blockbusters these days, finding costumes or teeshirts featuring a Superman, Wonder Woman, or any number of superhero logos is not a difficult task, and it seemed like almost everyone broke theirs out for this run along the Lake Michigan lakefront.

The race started at Carthage College and ran out-and-back along the lake, finishing the final 300 meters around the college’s track. After the finish line, runners were able to pick-up their goodie bag and teehshirt. Why do you get your bag after the race? Well, a few steps past the goodie bag table is the school’s basketball court and the Post Race Party. At the Party, a line of tables as long as the court is filled with samples to collect. Goodies ranging from granola bars to peanut butter samples to soap were grabbed up by runners and stuffed into the bags until filled to the brim.

The kids were able to have some fun as well – standing in line and collecting samples is not usually high on their “fun” list – as the gym was filled with activities like a bouncy house, games and photo booth.

The event benefitted the Boys & Girls Club of Kenosha and, in addition to traditional overall and age group awards, prizes were also given for a costume contest and for the local school and business that brought out the most participants.