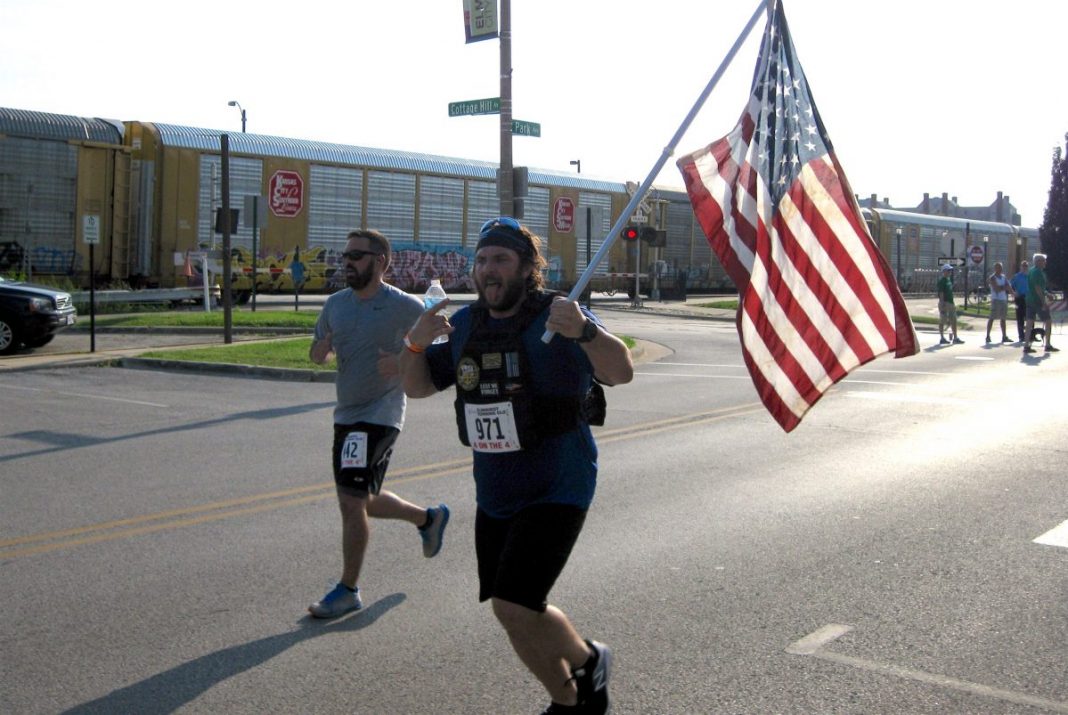 Bright and early on July 4th, prior to the fireworks and festivities that go along with the holiday, the Elmhurst Running Club held its annual 4 on the 4th race.

The event hosts a four mile course unlike others; for being held in the suburbs it still drew an elite field and fierce competition. Despite the competitive nature, the race encouraged families and runners of all abilities to enjoy Independence Day by running together.

The race benefited the Elmhurst Children’s Assistance Foundation which helps to assist families where a child’s life is impacted by a medical condition.

The out and back course was mostly flat except for a few small hills that helped add a slight challenge. The packet pick-up and race start was held at Elmhurst College. The start area was marked clearly for runners to start by estimated pace and there was an on time start. Runners began by heading north on Prospect for a fast quarter mile to jostle for position, a critical moment as cash prizes were on the line.

After a few quick turns, there was a nice long flat stretch heading south on Cottage Hill before eventually turning and heading north into downtown Elmhurst. Being an out and back course, it was nice to be able to see the elites making their way back to the finish while many others were still heading towards the 180° turn around point. This downtown section featured music and a very enthusiastic cheering section. The final stretch was a fast and uphill dash south on Prospect Ave near Wilder Park.

The course was never congested and was a relatively fast course. There was a bit of humidity and the temperatures started to warm up but the early 7:15 a.m. start time helped to alleviate the worst of running in July weather.

The competitive nature of this event meant many local running clubs were out in full force and going for the cash prizes. While no event records were broken, the results were still quite impressive. The top three females were Alyssa Schneider at 22:03, Kristen Heckert in 22:16 and Chirine Njeim in 22:48. The top three males were Phillip Reid in 19:39, Chris May in 19:49 and Eric Wallor in 20:27.