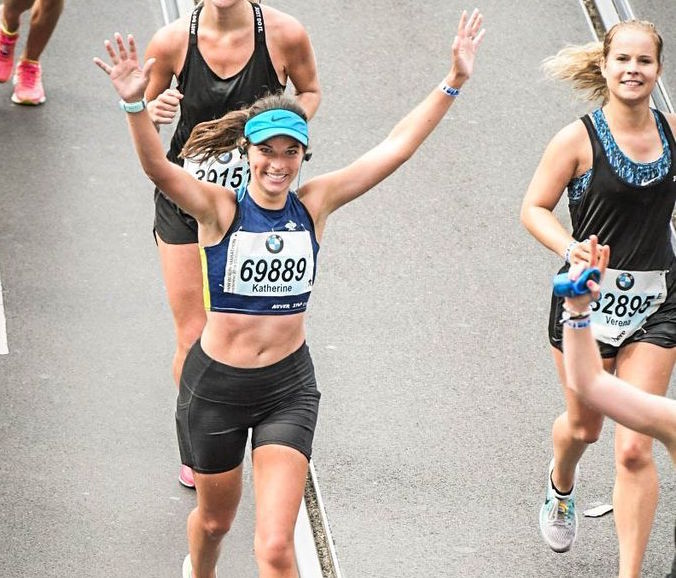 Last year, 896 Illinoisan runners represented at the 2018 Boston Marathon, so this year, we wanted to talk to a few of them heading out there in 2019. Each week, we’ll highlight a new athlete; from first timers to veterans, learn about their goals and training plans, and cheer for them on April 15

1. How did your running career begin?

My running career started in high school when I realized I liked the running part of soccer more than soccer itself. I joined the track team in the spring of my sophomore year and then cross country in the fall and that’s when things really clicked; I loved that my success was largely dependent on my own work and how much effort I was willing to put in, but that there was a community of people supporting each other’s goals. I transitioned to road racing after high school.

2.     Tell us about your journey qualifying for Boston.

My journey to qualifying for Boston began when I started training for my first marathon in college at 19. The qualifying time for my age group was 3:35, and I remember thinking, “8:13 per mile pace? I can do that on repeat no problem.” I followed a training plan consistently but I was humbled during the first marathon when I finished in 4:10. I realized it was going to take a lot more dedication. It wasn’t until 2018 that I really found my stride when I started working with a running coach training for the Berlin Marathon, where I completed the race in 3:28 to qualify for my first Boston Marathon. It took me six years and six attempts to finally run my Boston qualifier, including a DNF in the mix, but I wouldn’t trade my journey for the world.

I dealt with a hamstring/adductor muscle injury in October so for a while I was taking things easy and doing a lot of strengthening exercises to avoid the injury from returning. I expect to add in more speedwork in January and training will really begin. Because I’ve heard Boston is a hilly course, I’ll be making a conscious effort to run my long runs on hilly routes to condition my legs.

My number one goal is to give 100 percent on race day no matter what the conditions are.  Additionally, my goals for Boston include running a sub-3:20 marathon, negative splitting the race, and to smile even when it hurts because it is a dream come true to be running Boston for the first time after the journey that it took to get there.