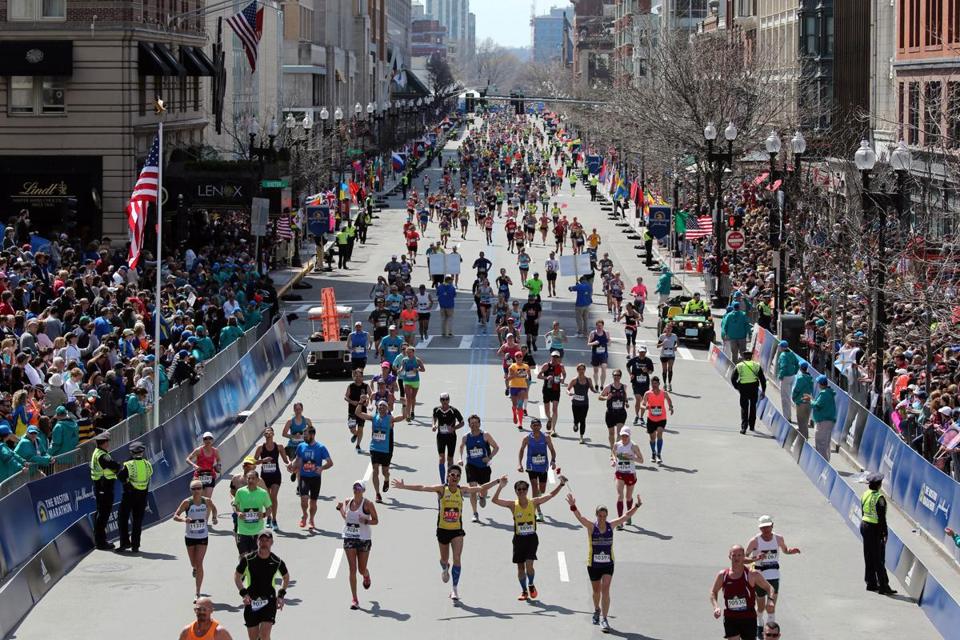 Of the 900 Illinoisans competing in the 121st Boston Marathon on Monday, nearly 150 of them will represent Chicago running groups.

Throughout the winter, several groups have been training with Boston qualifiers in the Chicago area to prepare for America’s biggest marathon. Fleet Feet alone is sending 100 runners to compete as part of its Boston Bound training program.

“The Boston Bound Fleet Feet group has been meeting Saturday mornings and Wednesday evenings since the first of January,” Dan Daly, one of the group’s coaches, says. “Most people live in the city, and we have driven out to Barrington to do hills and Rock Ridge Road for repeats to prepare. It’s a unique thing.”

In conjunction with Adidas, Fleet Feet provides three busses for the group to get out there, along with a hospitality room at the local Marriott for runners to utilize before and after the race. The busses will also be near the start line Monday morning in case of bad weather for the racers to seek shelter.

After the race, all Boston Bound members will meet in the hospitality room to celebrate and share stories from the race. Once back in Chicago, another celebration will take place, with awards going to the person “with the best PR,” “the shortest tangents ran,” “most times in the medical tent,” and much more.

“We’ve been through all these training days and miles and wind and rain and darkness, and in doing it we are like-minded peers,” Daly adds, “There’s great spirit, camaraderie and solidarity, and it makes it fun knowing you won’t suffer solo.”

Another group bringing athletes to Boston is the Chicago Area Runner’s Association. Its program, CARA Boston Performance, has been running for several years, and this year, the new Director of Training Leah Bohr teamed up with 1996 Olympic marathoner Jenny Spangler to customize a training plan.

“Our runners can sit on the bus until their start time and stay comfortable,” Hipp says. “We also transport their gear back to Boston and have it ready for pick-up at the Boston Park Plaza Hotel not far from the finish.”

Saturday night, CARA has a group dinner, and Sunday morning they offer an opportunity for a three-mile group shakeout run starting at Boston Park Plaza Hotel. Hipp says 75-100 runners participated in this last year, and they are expecting a similar size group this year as well.

“It is definitely very cool to have a group from Chicago all gathering together,” Hipp says. “The run is open to anyone, and we are excited about it, as it brings together so many of the local running clubs, not just our CARA Boston training group.”

As for post-race festivities, CARA has a meet up location on Monday night for participants to get drinks and celebrate together.

Support your fellow Chicagoans on Monday by tuning into NBC beginning at 7:30 a.m. CT.