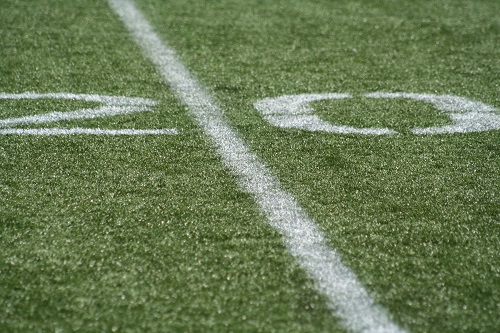 Super Bowl LVI will kick off at 5:30pm CST on Sunday, February 13 when the LA Rams and Cincinnati Bengals face off at Sofi Stadium in Inglewood, CA. An estimated 100 million viewers will tune in to watch the roughly three-and-a-half-hour broadcast to witness the finale of a 2021 NFL season. Millions of those viewers don’t give a single flying Cooper Kupp about the game itself.

If my reference above to the LA Rams number one receiver above missed its mark, this article might be for you. Let’s get the game analysis out of the way first.

The Bengals are led by second year quarterback Joe Burrow, drafted to be the franchise savior for a team that has not played for a championship in over 30 years. Regardless of the outcome of Sunday’s game, he probably won’t save the city from its association with Cincinnati Chili, which really isn’t chili at all, but rather a thin, seasoned meat sauce sloppily poured over spaghetti noodles or a hot dog. The popular regional dish, often ordered as a “five-way” with spaghetti, chili, onions, beans, and cheese, is the second leading cause of heartburn in the state of Ohio, after the Bengals themselves.

The Rams offense will be commanded by Matthew Stafford, whom the Rams acquired via trade this past offseason with the Detroit Lions. In 12 years in Detroit, Stafford proved that more is needed than a quality quarterback to be competitive in the NFL. He’s now the pride and joy of Rams fans, who may be legacy Rams fans from when the team moved from St Louis. Or they’re new Rams fans in the LA area, choosing them over the Chargers, the other new LA team who just moved from San Diego, where they play in the same stadium, which is a different stadium than the one the Raiders played in until 1994 when they were the Los Angeles football team before moving to Oakland before moving to Las Vegas…

What was I saying about heartburn? Whatever. LA is fun.

That’ll do it for the X’s and O’s section of this Super Bowl watching guide. If you’re not already thrilled to watch the football game itself, here are a few ideas to make the broadcast more interesting on Sunday.

Root for the local guys

No, shockingly, for the 35th time in the last 36 years, the Chicago Bears are not playing in the Super Bowl. That doesn’t mean you can’t root for a couple of young athletes from the area as they live out their boyhood dreams.

Snarling in three-point stances at the beginning of every play, the offensive linemen are the only things between Matthew Stafford and eleven large, angry men who want to take his ball away and knock him straight back to Detroit. Two of those off offensive linemen hail from the Chicagoland area.

Brian Allen, center, is from Hinsdale, IL. He played for Hinsdale Central High School before excelling at Michigan State and being drafted by the Rams in the 4th round of the 2018 draft. 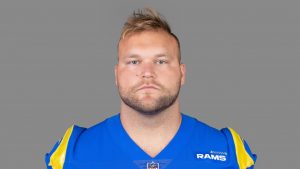 David Edwards, guard, plays next to Allen and was a quarterback for Downers Grove North before eating and weightlifting his way onto the offensive line as a Wisconsin Badger. David was drafted by the Rams in the 5th round of the 2019 draft. 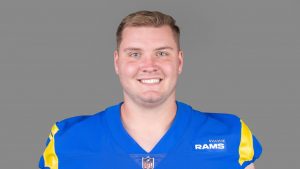 The two linemen come in weighting over 600lbs together, so if you see them at the local pub after the season, regardless of the Super Bowl outcome, my advice is to congratulate them on their success and be really, really nice to them.

The Super Bowl offers no shortage of opportunities to scratch that gambling itch. From now legal sportsbooks in Illinois to daily fantasy to your nephew’s $20 square to support his baseball team, opportunities to pad the pocketbook are easy to find.

Traditional gambling wagers can be placed, but the Super Bowl is famous for more off-the-wall bets. Here are a few examples.

·       What color will the liquid be that is poured on the winning coach?

·       Will Joe Burrow be shown smoking a cigar after the game?

I will have (lose) my money in the DraftKings millionaire contest this Sunday, where I’ll choose one captain and 5 other players and stay under a virtual salary cap of $50,000 while trying to score the highest amount of fantasy sports. $15 buys one ticket into the contest where just over 470,000 people will submit their lineups dreaming of life changing money. Most will realize two minutes after kickoff that they lost when the third string tight end that only 50 people drafted scores the first touchdown of the game. This statistic is not verified, but Super Bowl Sunday is the day the highest volume tears are shed into bowls of salsa and melted Velveeta.

Finally, if you’re not going to watch the actual football portion of the big football game, at least enjoy the entertainment around it.

The Super Bowl commercials are notoriously among the funniest to air all year. And in a time where streaming platforms and DVRs are killing the advertising medium, the stakes are even higher during an event the marketers know the ads won’t be skipped with the swipe of a finger. Advertisers are paying $7 million per 30-second slot this year, which is just seven times more than I plan on winning in DraftKings (see above).

And if the commercials don’t keep your interest, surely the halftime show will. Dr. Dre, Eminem, Snoop Dog, Mary J Blige, Kendrick Lamar. That sentence doesn’t even need a verb to be grammatically correct. The names say enough. Get your snacks before halftime and settle in for what may be the best 12 minutes of entertainment all year.

And to close this article in a magazine that caters to endurance athletes – we know you’re swimming, biking, or running on Sunday morning. Relax. Eat the buffalo chicken dip with the Fritos and wash it down with some cheesy bean dip and a Modelo.

But if your host gets too cute, and the snack table is arranged around the Cincinnati Chili centerpiece, you’re welcome at my place.