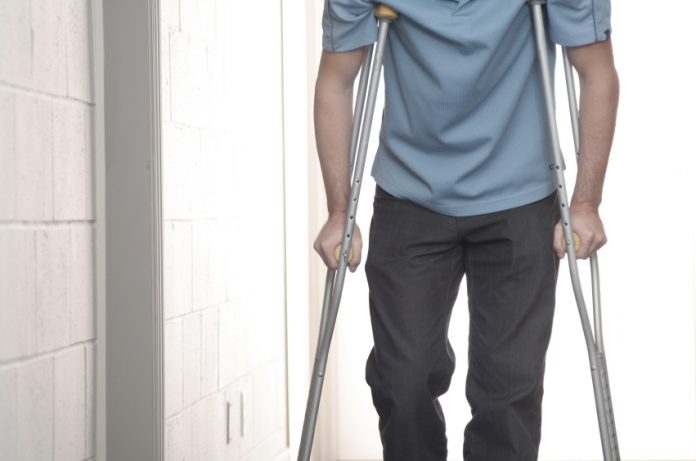 As someone who has been running for several years, I know how easy it is for runners to become a little compulsive about our running.  We like our routines – we have our favorite races and routes to run and our favorite ways to train.  To one extent or another, our running becomes a part of our identity and helps to define who we are.  But what happens when a runner becomes injured and can no longer run?  Sadly, I found out…

This past January, I was looking forward to completing Goofy’s Race and a Half Challenge during Walt Disney World Marathon weekend (running the half marathon on Saturday and then the full marathon on Sunday).  I had successfully run it the year before and knew what to expect.  And this past October, I qualified for Boston for the first time the day after I ran a half marathon.  So running long distances on back to back days and completing this type of challenge was not something new to me.

Unfortunately, my plans didn’t work out the way I envisioned.  On Saturday morning, lightning storms forced runDisney to cancel the half marathon.  Although disappointed, it was the correct thing to do.  I saw this as a chance to have an easy day and better prepare myself for the next morning’s marathon.

The morning of the marathon was extremely cold with temperatures in the 30’s – certainly not typical Florida weather even for January.  The race started out okay.  I had some tightness in my right hip for about a week leading up to the race that I attributed to a hip flexor strain (an injury I had dealt with in the past).  I knew that with the cold weather and hip tightness, this wouldn’t be an amazing race, but I started out at a decent pace and hoped to just run consistently throughout.

By mile four as I approached Magic Kingdom, the tightness started to get worse.  By mile eight I took a walk break to see if that would help – something I had never done in a previous race.  By mile 12 I was walking with a limp; when we exited Animal Kingdom around mile 13, I was looking for a medical tent.  By the time I got to the medical station at mile 14, I knew this race was over.  My hip was throbbing.  They wrapped my hip and thigh in ice packs and got me to the bus back to the finish line.  At that point I could no longer walk.  The slightest movement of my leg sent severe pain through my body and so I had to be pushed in a wheelchair.  I had never experienced anything like this before.

I honestly still don’t know how I made it through the next several hours.  I was alone in Disney World for this race but knew I wanted to just get home.  Somehow I was able to shower, pack, get to the airport and fly back to Chicago.  Yes, I had to be pushed in a wheelchair at the hotel and in the airport and had to hold onto a flight attendant’s shoulders as I hopped down the aisle to my seat.  But I made it.

The next morning, I couldn’t deny the severity of my injury and went to the ER.  After a few hours, one of the doctors gave me the news that would shape my life for the next several months.  I had broken my hip.  More specifically I had suffered a femoral neck stress fracture and needed surgery the next day.  I was devastated.

To go from running eight to 10 miles a day to essentially doing nothing while on crutches for the six weeks after surgery was my worst nightmare.  I was miserable during this time and had frequent mood swings.  Yes, the surgery corrected me physically and I was no longer in any pain, but this injury really focused for me how much I had come to identify and even define myself as a runner.  Taking that aspect of my life away left me questioning who I was.

Some days I cried, especially in the first weeks.  Thankfully, the winter was relatively mild by Chicago standards and I was able to take lots of walks around my neighborhood (yes, on crutches).  I talked to a sports psychologist to help me deal with my feelings and to begin to put this injury into perspective.  And I dove into trying to find out why this had happened to me.

I was ultimately diagnosed with osteoporosis, which was a shock to me as a 41 year old man who had been taking daily calcium and vitamin D supplements for years.  After running many more tests, the doctors never could determine any underlying cause for the osteoporosis.  So I began taking medication to increase my bone density and I have been focusing on dietary sources of calcium and vitamin D even more than I was before.

After six long weeks on crutches I got the glorious news that I could start physical therapy and resume going to the gym to slowly ease back into cardio.  I was determined to give the recovery process my all.  I went to PT three times a week for several weeks, eventually working up to periods of running on their Alter G treadmill (which supports a percentage of your body weight and thus reduces your impact force).  The first time I got in it, I had my therapist take my picture.  I wanted to capture the moment I started running again.

I made my full return to running at this year’s Shamrock Shuffle, exactly 12 weeks after my injury.  It was the first time I had run outside since the marathon.  Yes, an 8K was probably ambitious for my first full run, but I was just happy to be there.  It wasn’t a PR but it also wasn’t my worst time.  Considering all I had been through, I ran a decent pace and was overjoyed at the finish line.

I continue to get stronger day by day and week by week.  I still feel like my hip isn’t completely the same as it was before – but I can run without pain.  In May I completed a runDisney challenge, running a 10K on Saturday and a half marathon on Sunday.  My times were almost identical to my times from the previous year.  In June, I ran a 5K PR and then ran my second fastest 10K later in the month.

I’m in training for the Chicago Marathon in October and plan to finish the Goofy Challenge at Disney World next January.  And then there’s Boston next April.  I’m hoping that this experience has taught me some lessons and made me a smarter runner.  If anything, it has taught me to appreciate the moment and to feel grateful for every run.  It’s taught me that there will always be another race.  And it’s taught me that even when I can’t run, I am still a runner.  Hopefully I have many, many more years of running and races ahead of me.  I guess only time will tell.