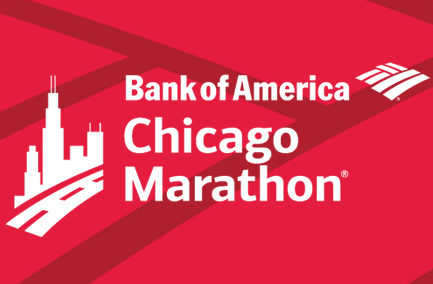 The award was established in 2010 to honor the Bank of America Chicago Marathon participant who raised the most funds for charity through the annual world-class event. As a member of Team World Vision, Jones raised more than $65,000 during the 2015 event.

The fundraising efforts of more than 10,000 marathon runners contributed to an event record $18.7 million raised during the 2015 Bank of America Chicago Marathon. Since the charity program was officially established in 2002, participants have raised more than $150 million for local, national and global causes.

“We are honored to recognize Iain as our top individual fundraiser for his dedication to Team World Vision, a charity devoted to bringing clean water to people around the world,” said Paul Lambert, Chicago Market president, Bank of America. “Iain’s commitment to Team World Vision’s mission is commendable, raising more than $100,000 over the last decade. Iain truly embodies the team’s motto, If you want to go fast, go alone. If you want to go far, go together!'”

Lambert will join Executive Race Director Carey Pinkowski today at a charity reception hosted by the Bank of America Chicago Marathon at the Park Grill in presenting the award to Jones.

“Iain’s prolific fundraising efforts are extraordinary and exemplify the impact of our charity runners,” said Carey Pinkowski, executive race director of the Bank of America Chicago Marathon. “His passion and commitment can inspire others to follow in his footsteps and join a charity team for the 2016 Chicago Marathon as there are still spots available on many teams.”

“Fundraising mirrors the marathon journey,” said Jones. “It seems daunting and impossible. However, with the right approach, patience, persistence and the grace of God, anything is possible. Don’t be shy to commit and take your first steps; you won’t regret it!”

Jones joins Hillary Gelfman (2014, The Leukemia & Lymphoma Society), Jim Jenness (2013, Mercy Home for Boys and Girls), John Nichols (2012, Spinal Cord Injury Association of Illinois), Dr. José Oberholzer (2011, The Chicago Diabetes Project), and Carl Allegretti (2010, Children’s Memorial Hospital) as a recipient of this prestigious award. These award-winning fundraisers, along with the combined efforts of the thousands who commit to running for charity each year, have made the Bank of America Chicago Marathon a critical annual fundraiser for hundreds of nonprofit organizations and one of the largest fundraising events in Illinois.

Although the entry period for the 2016 Bank of America Chicago Marathon has closed, registered runners can still opt to join a charity team at this time by contacting one of the events affiliated nonprofits by going to www.chicagomarathon.com/charity.