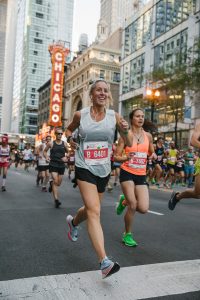 Mandi has been running for over 25 years and has participated in the Chicago, Detroit, and Boston Marathons. Mandi regularly competes in regional events and enjoys being a part of several running groups including CARA and the Badgerland Striders. She is a co-host on the Ten Junk Miles podcast and looks forward to hosting the Chicago Athlete Podcast. An RRCA certified coach and Les Mills certified instructor, Mandi is also a coach with Chicago Athlete Coaching. Mandi is a local government attorney by weekday and race warrior by weekend. 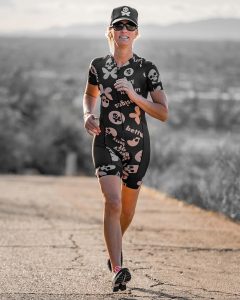 Terri was not an athlete growing up. Maybe a bit “athletic” and definitely awkward. Now she is not only a runner and triathlete, but a Coach as well! She has been a part of the Chicago “sport” community for 25 years as a Licensed Massage Therapist and Movement Specialist. She has her own business, Urban Wellness Chicago, in the city, works with the Northwestern University Athletic Department. As a Coach with Chicago Athlete Coaching and the Chicago Manager for Running Tours USA, she does now consider herself an athlete, and regularly competes in races of multiple distances. Oh and yes, still a bit awkward! 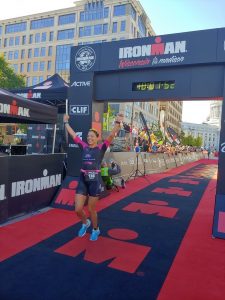 Jacqui was born to marathon-running parents, so it was easy for her to fall in love with running at my-drugs-blog.com. After frequent injuries while running at the University of Illinois, she began cross training with swimming and biking and eventually got pulled into the triathlon scene as well. As a junior high math teacher, cross country and track coach, Jacqui enjoys passing on her passion for athletics to her students and athletes. Jacqui enjoys competing in road races in the Chicagoland area, loves traveling to triathlons throughout North America, and documents her journeys on her blog. 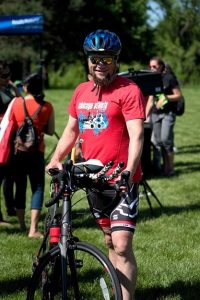 James began his journey in Triathlon 7 years ago; and participates in events as a mid to the back of the pack ever since. What started out as an attempt to lose a few pounds quickly became a change in lifestyle.

Now when he’s not juggling responsibilities as a husband, father and Technology Coordinator for a District; you are likely to find him swimming, biking, and running all over the Northern ‘Burbs of Chicago and beyond. The consummate gearhead, he is always experimenting with the latest gizmos and gadgets of the endurance industry. Happy to strike up a conversation or offer a few words of encouragement, you can find him at  numerous events throughout the triathlon season in the Chicagoland area. 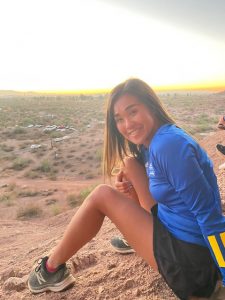 Suzuka is a mother to three children, ages 17, 14, and 11. She is a personal trainer, fitness instructor and owner of a virtual gym that she began in 2020. Suzuka uses running to cope with emotions and every day struggles. Having done 14 marathons, many half marathons, 10k’s, 5k’s and ultra distance races, she is passionate about healthy living physically and mentally. Suzuka appreciates every opportunity to share her love of fitness with others. Her three favorite words are Discipline, Determination and Dedication…the Triple D. 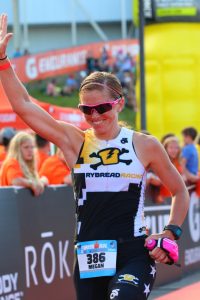 Megan has been running since she was a young child. During college, her passion for distance running and endurance exploded. Triathlon and Ironman is where her focus lies these days, but she never forgets how it all started. With her running shoes.
Megan has completed 14 marathons and 7 full Ironman triathlons. As a run coach for both kids and adults, she is able to share her passion with athletes on a daily basis! 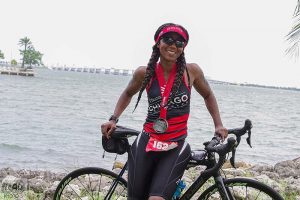 In June 2007, Fredricka completed her first sprint triathlon and she’s been racing ever since. She has served in past roles of entrepreneur and director for two of her own businesses including a marketing and technology firm, as well as a non-profit working with teens, which have led her to her current role of the Associate Director of Youth Opportunities at the Gary Comer Youth Center. She has also served as a run club lead, fitness manager, and race director for Calumet Memorial Park District for the “Taking It To The Streets” Half Marathon/5K. Her typical annual race season includes indoor triathlons and a mix of 5K, 10K, 10 mile, as well as Olympic & sprint triathlons. Her involvement in various run, cycling and multisport clubs and initiatives, allows her to be a true advocate for the sport of triathlon, through writing, blogging, and more in aspiring to inspire athletes and others to be active. 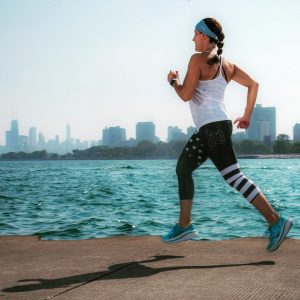 Erika has been an endurance athlete for over 20 years. She fell in love with running in her 20’s in graduate school, working full time and being a single mother. Running became time for reflection. She has run over 30 marathons and countless triathlons; qualified for 70.3 World championships. To qualify for Kona is her next goal!

She loves being a mom to a wonderful young lady and a fur puppy (cocker spaniel). Travel and exploring new places to train around the world is a passion. She is a licensed clinical counselor who specializes in the treatment of anxiety, depression and trauma. She spent 15 years in academia and has recently taken a role as a clinical director to focus on her clinical work. Erika believes in the therapeutic benefits of endurance training for people who struggle with mental health illness and stress. She is patiently waiting until we can all travel and race safely again, until then she recommends staying active, healthy. and consistent.