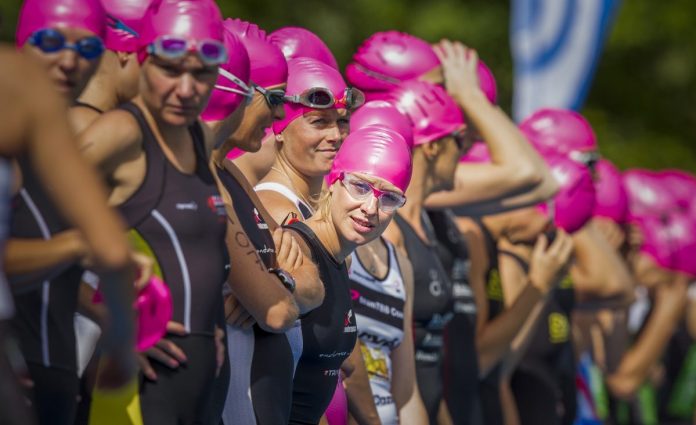 On Thursday, Live Grit hosted a roundtable discussion on gender equality in the endurance sports community. The conversation is part of several sessions sponsored by the Chicago Foundation for Women as part of Talk it Out, its week-long initiative to spark understanding and communication about gender bias with hopes of eliminating gender bias by 2030.

Gane began the dialogue by discussing this plan, which he says has been completed less than five times in history. Beginning July 1, he will cross Death Valley three times in 12 days to raise funds and awareness for Girls on the Run, an after school running program for girls.

Inspired by his experience of being raised by a single mother, he completed the Badwater 135 ultramarathon in support of women’s equality last summer. Because gender inequality continues to plague both the sports community and society overall, he felt compelled to undertake an even greater challenge this year.

From there, women shared their own experiences with gender bias as endurance athletes. They also considered some of the barriers still facing women marathoners and triathletes, including a lack of social support and assistance with childcare responsibilities. They also examined into the underlying causes of these issues, like differences in media coverage and portrayal and sponsorship opportunities. Finally, they proposed strategies for exposing and reducing gender bias in their own training circles and empowering both men and women athletes to maximize their full potential.