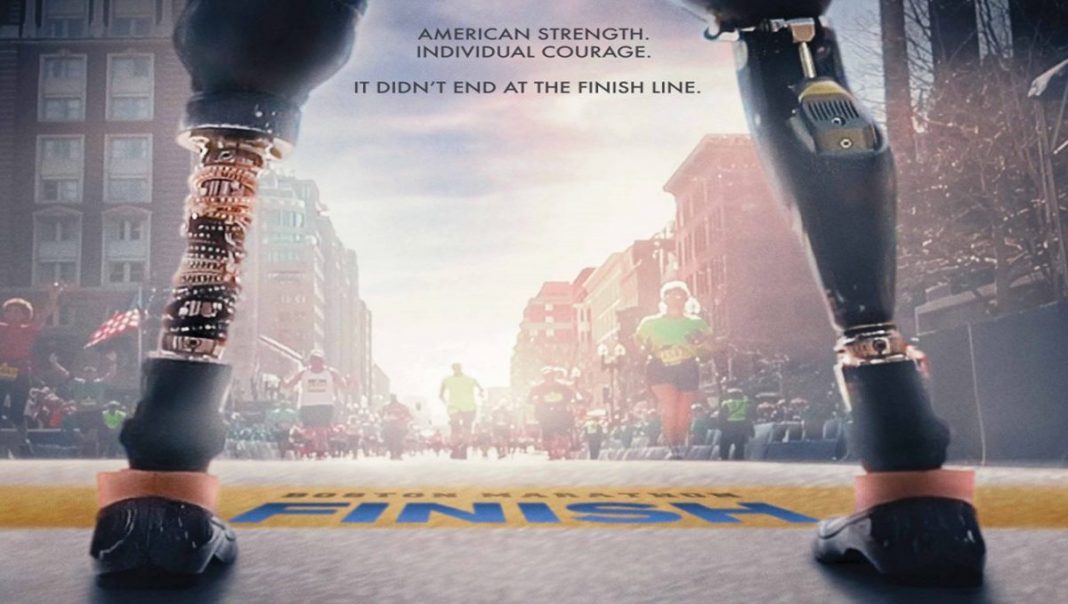 When I heard about the new documentary on the Boston Marathon, I instantly thought it would be a great movie to review for our website. After watching “Marathon: The Patriot’s Day Bombing,” however, a mere review doesn’t seem to be enough.

Even though the bombings were only three and a half years ago, I have to admit I don’t remember them much – I was away at school, and while I definitely paid attention to the news, it was out of my mind just a few days later as I prepared for finals and finishing my first year of college.

I knew what happened; I knew four were killed and several were injured; I knew that it was two brothers behind it all and both are now dead. But I definitely did not understand the scope of it all, and “Marathon” served as both a history and life lesson for me.

A common trend among documentaries about tragic occurrences in history (i.e. World Wars, September 11, etc.), is when the creators focus heavily on those who were impacted, to give an insider’s perspective. Three separate families were introduced at the beginning of “Marathon” — the Corcoran’s, the Norden’s and the Kensky-Downes’. All of these characters were spectators, who were standing at the finish line at the moment of the bombings.

The Corcoran’s was a family of four, Celeste and Kevin with their kids Sydney and Tyler, who were all watching Celeste’s sister run, and both Celeste and Sydney lost limbs from the explosion. Sydney was the last one to be taken to the hospital out of her whole family, and a famous picture of her laying on the street with an Army veteran helping her was the cover of the Boston Globe the very next day. The photographer who shot the picture formed a relationship with the Corcoran’s, who agreed to let him document their recovery.

“I knew how important the pictures were because the whole world needs to know what happened,” Sydney said after the photographer apologized for exposing her in a vulnerable state.

J.P. and Paul Norden, brothers who were only 10-months apart and even closer emotionally, each lost a leg. They were taken to separate hospitals to undergo multiple surgeries, and their parents spent several weeks traveling between the two to show support.

Jessica Kenksy lost both legs and her husband Patrick Downes lost one. The two were newlyweds, who were “as happy as they had ever been” before the bombings, and now, even years later, they feel more than just limbs were taken away from them.

To say these families played on the pathos of the viewer would be an understatement; watching the Norden brothers being reunited while in wheelchairs, or the relatable mother-daughter relationship of the Corcoran’s who helped each other recover created an emotional mess out of me, ultimately forcing me to remember how quickly life can change. This very easily could have happened at the Bank of America Chicago Marathon, and instead of writing a column about a documentary, I could be covering it as a journalist and even injured myself.

The other aspect of the documentary was the investigation; as a crime-show junky, this part was absolutely fascinating to me, and I really learned a lot. Watching the FBI find footage of Dzhokhar and Tamerlan Tsarnaev with their backpacks and track them down was like watching a thriller movie, but I kept reminding myself this was all real, not a scripted show for entertainment.

Often, a terrorist attack is a long, planned out event involving large groups of people. However, “Marathon” explained the brother’s reasoning was to show Americans how Muslims get treated, and while maybe there were more behind the strategizing, it’s scary to think that just two people can pull a stunt that effects so many.  Not only did they kill innocent people, but they scarred others for the rest of their lives, and ultimately changed the nation’s biggest and one of the most historic running events.

Overall, I think the creators of “Marathon” did a great job capturing the different parts of the tragic day – I found myself crying one minute, and nervously sitting on the edge of my seat the next.  As a journalist in the endurance world, “Marathon” showed me what I didn’t know my biggest fear was.

This April will mark the fourth anniversary of the Boston Marathon bombings. Watching the bombs go off in the beginning of the documentary to seeing the Boston community come together in the end was more than just a good timeline for a successful documentary – it gave me the chance to fully experience what happened that day in 2013. As athletes, we are easily discouraged by an injury or setback, but after watching “Marathon,” I will never take having working legs for granted again.

If this was a normal review, I’d give it five stars. Instead, I want to use this column to encourage everyone to grab some tissues, subscribe to HBO and experience it for themselves.

After a long road to recovery, Patrick Downes ran the 2016 Boston Marathon, and while his wife was still in a wheelchair, she went out to support him with other victims from the bombing. That is what this sport is all about, and nobody, not even terrorists, can ruin it for us.