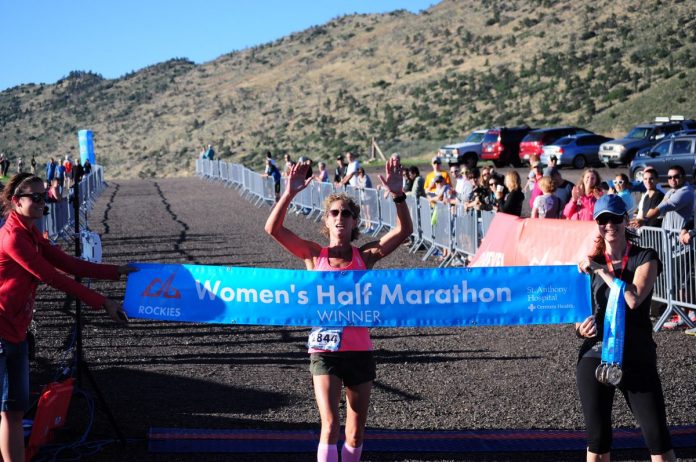 Family: Husband, Mark Shenk and our furry friend Diesel the dog – who is, by the way, an amazing running partner!

Interests other than athletics: Writing! I just finished my first book actually.

Triathlon: I was never concerned about my times, so I do not know my PR’s for most distances. I do know my 70.3 PR since it was set when I won the world champs – 4:02

How did your career as a pro triathlete begin?

My first year as a pro was in 1998. I was still in graduate school at Johns Hopkins, so it was difficult to balance school with training. However, the previous year I won my age group in Kona and at the Olympic distance national championships, so I wanted to challenge myself in a new way.

You finished fourth overall in the 2000 Olympic games, is this still the best place ever achieved by an American Olympian?

In 2004, Susan Williams won bronze, and the Amer- ican women we are sending to Rio are incredibly strong and are gold medal contenders.

Tell us about your Olympic experience and what you remember most.

My Olympic experience was amazing! I never imagined that two short years after turning pro I would qualify for the Olympics or finish fourth. My two best memo- ries are crossing the finish line carrying the American flag, and the sheer number of spectators on the course.

Why was the 2016 U.S. Olympic Marathon Trials the most meaningful races of your life?

I toed the line with a very serious rib injury that required surgery six days later. I only found out a few days before the trials the nature of the problem and that it would require a surgical intervention. At that time, I had an abnormal bone growth in my up- per abdominal muscle, which was pushing on my diaphragm. It was an incredibly painful injury that caused difficulty breathing and vomiting. My only goal at the trials was to finish the race, no matter how long it took or what place I finished. I had a very smart plan in place in terms of pacing to ensure that I would be able to make it to the finish. I was the last female to cross the line, but I was jubilant to get my finisher’s medal. It is the only medal I have ever displayed.

You won the World Triathlon Championships; what do you remember about this accomplishment?

I won the Ironman 70.3 World Championships in 2008 in Clearwater, Fla. My initial goal for 2008 was to qualify for the Beijing Olympics in triathlon. I did not qualify, so I turned my attention to the 70.3 distance, and I won or podiumed every 70.3 race that season. My fitness going into the World Championships was incredibly high, as was my confidence. I had an excellent swim and came off the bike as one of the top four athletes. As soon as I started the run, I knew I was going to win. It was one of those days when everything came together. Winning that race was a highlight of my athletic career.

How are you spending your time now that you are no longer competing in triathlons?

I retired from triathlon in 2010. In 2009 I suffered a career ending bike crash, which left me with a damaged rib cage. Since then, I have been running as a competitive master’s runner. Professionally, I coach endurance athletes and I work as a consultant for a company that specializes in biostatistics. And, I write articles and books.

What is the most memorable race for you?

It is so hard to pick one race – there are so many good ones. The St. Croix triathlon was one of my all-time favorites, and I am very partial to the California International Marathon in Sacramento, Calif.

What advice or encouragement could you share with determined athletes?

Believe in yourself. You are your best advocate for success and if something isn’t working, make changes.

Can you tell us about the book you are writing?

“The Champion Mindset: An Athlete’s Guide to Mental Toughness” will be published by St. Martin’s Press in February. It is about mental aspects of sport and how to become mentally tougher to succeed.

Joanna and Coach Mark were training partners during the 1990’s while she lived in Chicago and attended Northwestern University. These were some of the toughest and most enjoyable runs of their careers.