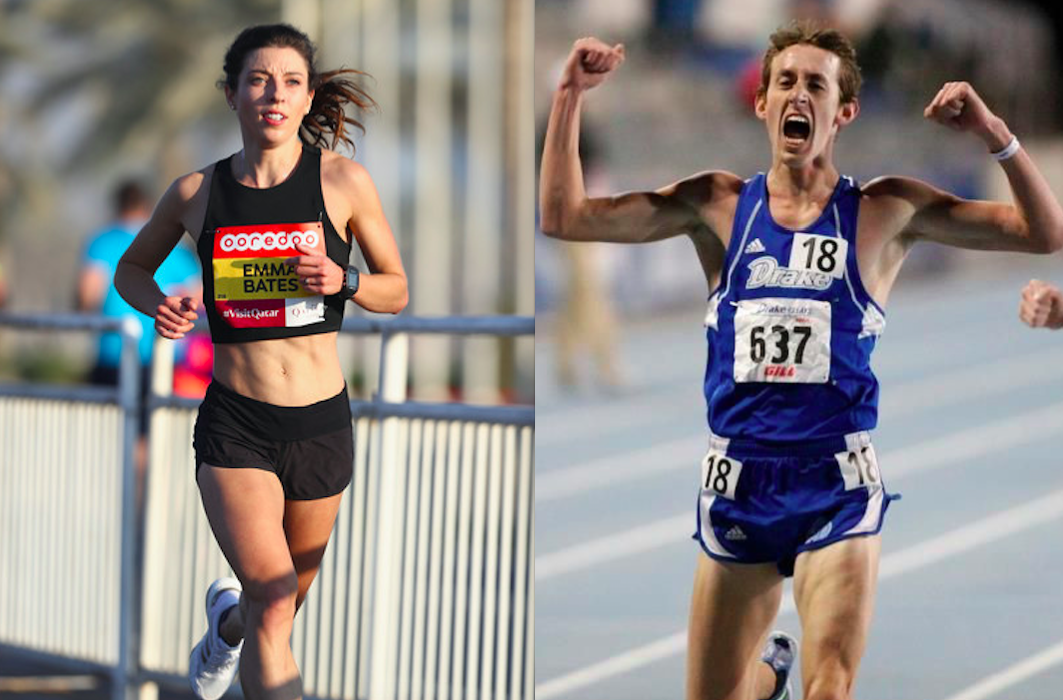 The Bank of America Chicago Marathon announced Thursday that a strong field of American runners will join previously announced superstars Galen Rupp and Jordan Hasay at the front of the field in Grant Park on October 13. This year’s field includes reigning USATF marathon national champions Emma Bates and Brogan Austin, and five U.S. women with personal records (PRs) faster than 2:30 (including two of the top 10 fastest women in U.S. history).

“This year’s elite field highlights an exciting resurgence we are seeing in American distance running right now,” said Bank of America Chicago Marathon Executive Race Director Carey Pinkowski. ”We have a deep pool of American runners who are coming to Chicago to run fast, and we cannot wait to welcome them in the fall. We could see new American records and a lot of personal bests in October.”

With a PR of 2:20:57, Hasay leads this years field as the second-fastest American woman in history and the fastest to ever run the Bank of America Chicago Marathon. Hasay hopes to put Deena Kastors long-standing American record, 2:19:36, in jeopardy. But Hasays primary competitor wont be the clock alone  Amy Cragg, Emma Bates, Stephanie Bruce, Lindsay Flanagan and Taylor Ward represent a strong contingent of U.S. women all vying for podium finishes. The last time three American women finished in the top five in Chicago was 1994, and the last time U.S. women claimed the top two spots was 1992. Chicagos history could be rewritten this fall.

Cragg, a member of Nikes Bowerman Track Club since 2015 and the winner of the 2016 U.S. Olympic Marathon trials, enters this years field as the fifth-fastest American woman in history with a personal best of 2:21:42. Cragg stunned the world at the 2017 IAAF World Championships Marathon when she ended a 34-year medal drought by taking home the bronze. While she hasnt raced much in 2019, she won the one-time Road to Gold eight-mile road race in Atlanta in March. The race allowed athletes an opportunity to run on portions of the 2020 U.S. Olympic Team Trials Marathon course.

Bruces inspiring 2018 season, with a 10th-place finish at the London Marathon and her first national title in the 10K at the Peachtree Road Race, forecasted great things ahead for 2019. She capped off her 2018 season with a second-place finish and a marathon PR, 2:29:20, at the USATF Marathon Championships. She kept the momentum going with her second national title in a personal best, 1:10:44, at the USATF Half Marathon Championships and then set a PR (15:17) in the 5,000m two weeks later.

Flanagan, the 2015 Pan American Games marathon silver medalist and a native of Roselle, Illinois, comes into Chicago after finishing this springs Boston Marathon in ninth place in 2:30:07. She set her current PR, 2:29:25, at the 2018 Frankfurt Marathon. She represented the U.S. globally at the 2017 IAAF World Championships Marathon.

Rupp, a two-time Olympic medalist in the marathon (bronze) and 10,000m (silver) and the current holder of four American records, stands out in the mens field as the 2017 Bank of America Chicago Marathon champion and as one of the fastest runners in U.S. history with a PR of 2:06:07. While it will be difficult to match the foot speed of someone like Rupp, several American men have the potential to run significant personal bests and place inside of the top ten. Brogan Austin, Chris Derrick, Scott Smith, Diego Estrada, Dathan Ritzenhein, Noah Droddy and Brendan Gregg are among some of the top Americans in this years field.

Austin closed out 2018 with a career-boosting win, a national title and a huge personal best, 2:12:38, at the California International Marathon. Prior to that breakthrough performance, he broke the course record at the Indiana Monumental Half Marathon, clocking 1:02:39. He built on his 2018 momentum by winning the Road to Gold eight-mile road race in March. The Chicago Marathon will be Austins third go at the marathon.

Smith, a 4:01-miler, experienced a huge breakthrough in the marathon in 2017 when he posted a 2:12:21 in Frankfurt, and then he hung on to finish sixth overall at the 2018 Boston Marathon (the now infamous year where runners endured whipping winds and freezing rain). He trains with Northern Arizona Elite, and he has represented the U.S. internally in both the half marathon and marathon at the IAAF World Championships. Smiths strongest performance came in May when he finished second at the USATF 25K national championships.

Estrada has been a favorite among Chicagoans, ever since his 2016 breakout performance in Chicago and his second-place finish at the 2017 Bank of America Shamrock Shuffle. After slipping on a bottle at the 10K mark during his Chicago debut and badly twisting his ankle, Estrada rallied to finish eighth overall (first American) in his still-standing personal best, 2:13:56. He finished 16th in 2017 and he did not race a marathon in 2018. Estrada hasnt raced much on the roads in 2019, but his half marathon speed (1:00:51) and 2:13 PR indicate that he has the talent to be a top marathon runner heading into 2020.

Ritzenhein (Ritz), a three-time Olympian and the fifth-fastest American in history, enters Chicago with one of the most impressive resumes. He has broken 13 minutes in the 5,000m, run 27:22 in the 10,000m, collected four national titles, and earned a bronze medal at the 2009 IAAF World Championships Half Marathon. He set his marathon PR seven years ago in Chicago, 2:07:47. At 36 and now racing with the Hansons-Brooks Distance Project, Ritzenhein is a veteran, but his 1:01:24 half marathon earlier this year still makes him a top contender.

Droddy and Gregg both bring massive potential to this years field. Droddy, always a crowd favorite, ran his personal best, 2:16:26, in Chicago in 2017, but his half marathon best, 1:01:48, suggests that there is room to demolish his PR this fall. Gregg made his debut in Chicago in 2014 in 2:18:30, and he experienced his best performance in 2018 at the California International Marathon, running 2:13:27.