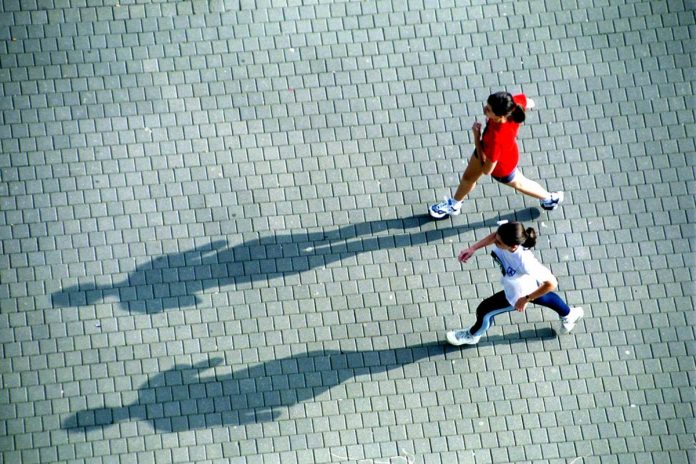 Labor Day is over, and for many, that means summer is over too. As leaves and temperatures start dropping, so do the number of days until the Bank of America Chicago Marathon, which is Oct. 9, and 32 days away.

For first-time runners or those with little experience, it’s not uncommon to register for the marathon in February, run several miles in March, and the not think about training again until the end of summer. The issue with starting to train for a marathon a few weeks before the race – especially for non-runners – is that you’re fighting getting injured while training, says Nancy Fudacz, Master Performance Coach at East Bank Club.

“If you don’t have the ability to withstand the impact that comes with running, it takes a while to build that sturdiness,” says Fudacz.

Fudacz says that people who have little to no running experience might want to consider running the marathon next year as opposed to this October, and begin a training plan for that race now. Michelle Chung, PT, EPT, OCS also recommends that those will little to no running experience consider not running the marathon if they haven’t been training.

“With six weeks left and they’ve never really run before, they’re bound to have some sort of overtraining injury,” says Chung.

While it’s best to start training for a marathon well in advance, those with running experience can still complete a marathon with a less-than-ideal training regimen; if you have completed 10-mile runs at this point, you can probably run the marathon on a few weeks of training, Fudacz says. However, it’s important to adjust your expectations on what you may be able to accomplish while training, and the time it will take to complete the race on Oct. 9.

Being prepared for the marathon really comes down to getting at least one big run (20 miles) under your belt before race day. Runners that have trained consistently for the marathon will usually accomplish their big runs about one month before the race and then taper their training after that. While procrastinators aren’t going to get that 20-mile run in three to four weeks before the marathon, they can still get their training to a point where they can develop a run/walk strategy to use during the marathon that allows them to complete the race and stay healthy.

“If they can add 20 percent per week to their longest run [in training] and get to 15 or 16 miles that would be great,” says Fudacz.

Those looking to ramp up training in the few weeks before the marathon can also do so by increasing the time they spend running as opposed to the mileage.

Fudacz suggests runners engage in three runs per week leading up to the marathon. She says runners should complete one 30-minute run, one 60-minute run, and one long run each week.

Fourteen days before the event, Fudacz suggests that marathoners rest. They can still do their 30 and 60-minute runs in the two weeks before the marathon, but if they’ve completed one good long run two weeks prior to the marathon, they can back off doing any additional long runs. Fudacz says that runners don’t gain any more fitness by doing long runs in the two weeks prior to the marathon. What they gain by running in those weeks is the mental tenacity to push through the race when it gets uncomfortable.

“Mentally, people really need to know what it feels like to be uncomfortable in the long run,” says Fudacz.

Runs alone aren’t enough to prepare for the marathon. Runners need to make sure they’re engaging in strength and stability exercises in the weeks before the marathon. Chung says the most common injuries she sees are knee or hip pain or shin splints. To avoid those injuries and others, Chung says runners need to keep their IT bands loose and their glutes and pelvic floor strong and tight with strengthening exercises.

So, if you are starting your training now, remember to pace yourself and set reasonable expectations for what you can accomplish during training and on race day. And good luck to all!!!