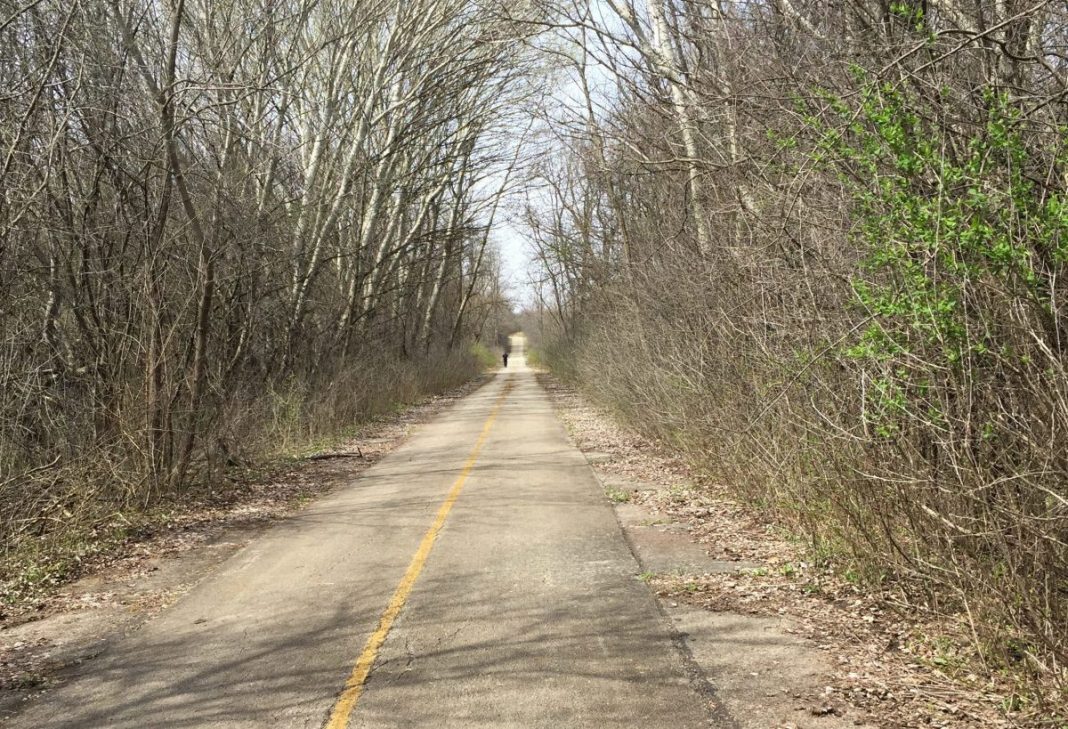 With marathon training right around the corner, the Chicagoland trails will soon be congested as ever; while the Lakefront Path and Busse Woods tend to be favorite long-run locations for many runners, sometimes changing the scenery and avoiding crowds can make a run better.

Chicago Athlete sent out runners to try four underrated yet longer bike paths around the suburbs for their first time. Read their experiences and opinions, and try one yourself this season. 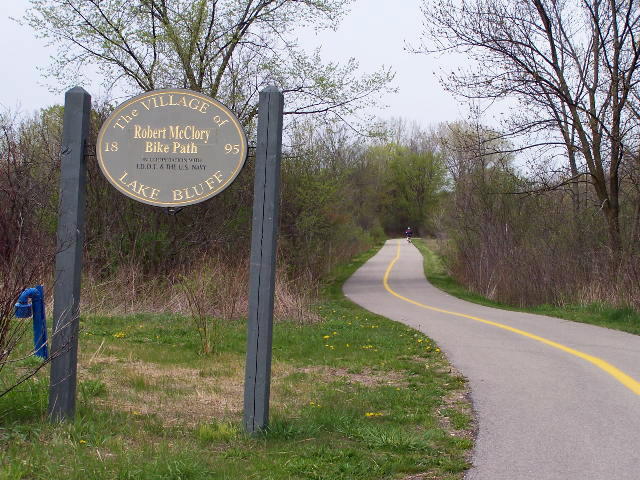 Running or cycling the Robert McClory Bike Path offers a refreshing way to get outdoors, explore nature, visit the North Shore and cross the border; the 26.5 mile path is flat, paved and takes you on a journey from Highland Park to the Wisconsin border.

The entrance is at St. John Avenue, an unremarkable start in the downtown area of Highland Park, so if you’re driving there take advantage of public parking or use the Chicago Metra station. However, less than a mile or so into the ride it becomes more scenic and green.  This route runs seven miles north along the railroad, so get off the train and start running or take your bike for a ride during weekday off-peak hours and on weekends.

It’s also parallel to Lake Michigan, so I was curious and took an off-road trip on Walker Avenue to Openlands Lakeshore Preserve and was surprised with the high rise view of the beachfront which only added an extra 3/4 of a mile to my run.

The Robert McClory Bike Path is more of a scenic route, and less of a commuter route than the Lakeshore Path; a short jaunt takes you past the prettiest houses by Lake Forest, and its scenery ranges from railroad stations, beautiful backyards and gorgeous trees. I was greeted by the occasional dog walker and cyclist which gave me the sense of security.

The only obstacles in the terrain were crossing streets but for the most part, it’s easy cruising. You’ll find safety and bike path signs along the route and mile markers will start after the Great Lakes station.  The path terminates at Russell Rd. and it also links up to Kenosha County Bike trail, which, if you’re looking for a real challenge, will take you another 18 miles through Wisconsin. 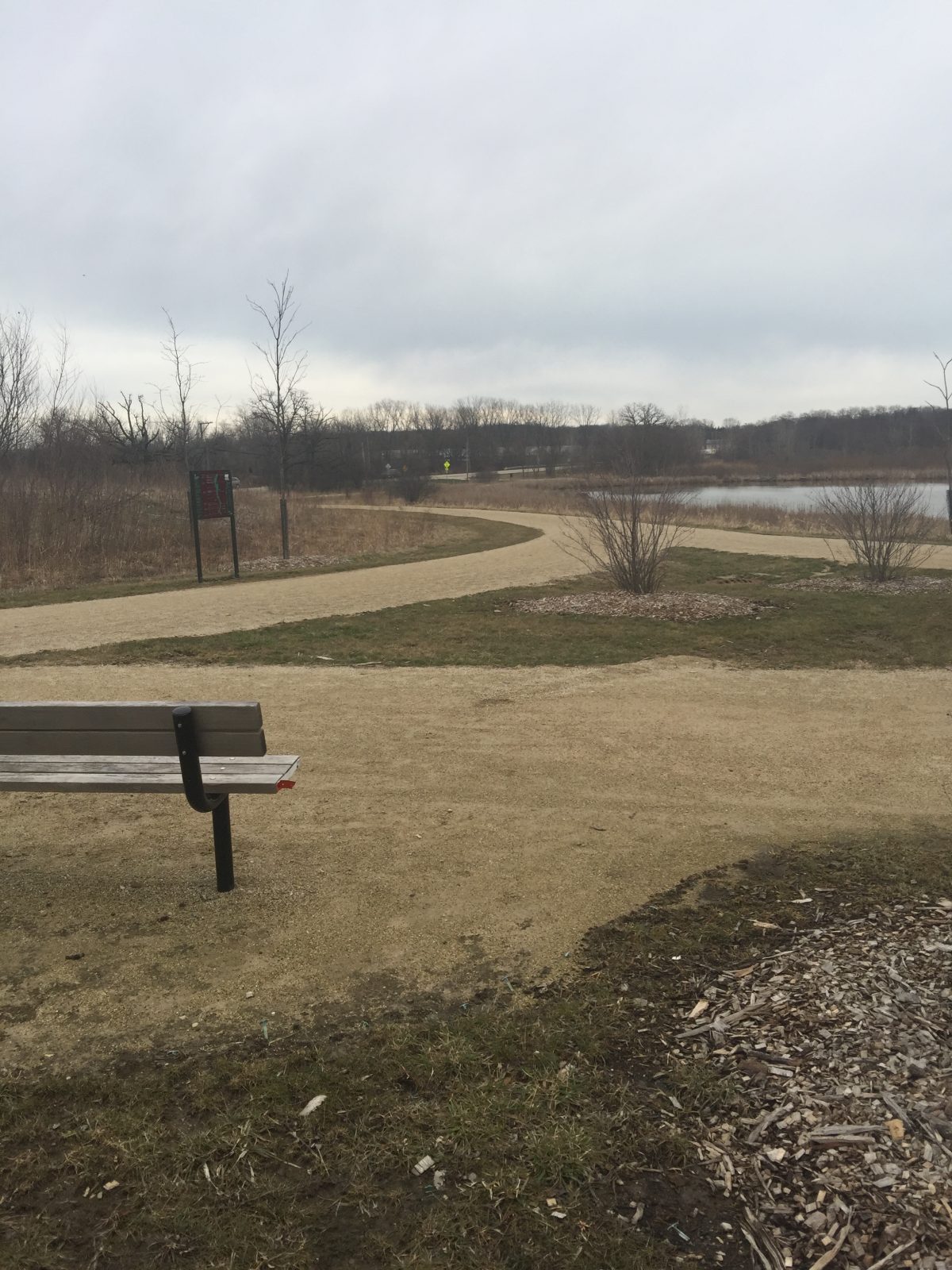 I ran the Des Plaines River Trail in late March after the snow had cleared and before the rain set in. On a dry, chilly afternoon, I entered the trail from a Northern entrance point off of Wadsworth Road and Route 41. There was ample parking located right off the road and an entrance to the trail directly from the parking lot.

I headed south and found the trail to be easy to navigate as it wound its way along the Des Plaines River. A large amount of the land surrounding the trail is protected Forest Preserve land rich with trees and wooded areas. The day I ran the trail was cloudy and a bit drab, but on a hot summer day, I would imagine the tree cover provides a nice protection to the sun and heat.

The 56+ mile trail covers both Lake and Cook counties, running North to South, through numerous municipalities, parks and forest preserves. The crushed stone path is mainly free of debris and underlying roots that may be hazardous to runners in the zone.

The trail not only follows the Des Plaines River, but also runs alongside a railroad track, giving the trail a “rail to trail” designation and adding to the exceptional experience of running on this trail. Within a few miles, runners may find themselves passing a fisherman seeking lunch while hearing the familiar Metra Train whistle as it whizzes past.

The Des Plaines River Trail is a great out-and-back option for runners looking to log exact mileage. It requires a tracking device or cell phone app to ensure that you do not overrun on the way out, but the trail is unique, full of twists and turns that keep it interesting. The trail also gives runners a point-to-point adventure option. This would require a bit of planning on the runner’s part to arrange for transportation back to the starting parking lot, but makes for a fun experience. 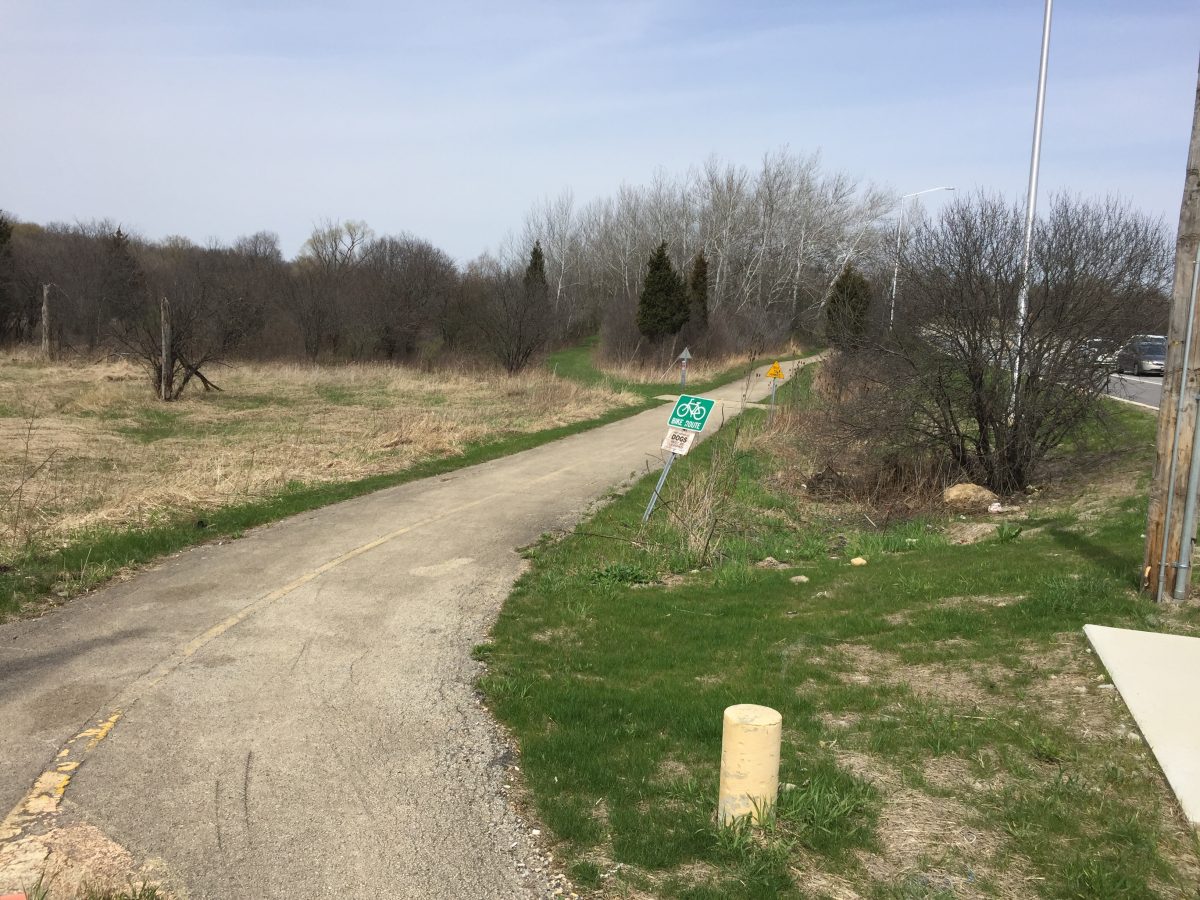 Just south of I-90 off of Barrington Road and Higgins Road in Hoffman Estates lies a paved bike path. I’ve driven past this path many times, and never really saw too many people on it, even in the summer. I wondered how far it was, where it went and what it was like, so I decided to explore it myself.

On a sunny weekday morning, my dad and I took our bikes to the path entrance off of Higgins, and saw the map; it’s an 8.9-mile loop, that goes through the Poplar Creek Forest Preserve. There are five entrances to the path in all, about every mile and a half.   We started at the five-mile marker, and continued counterclockwise along the path.

Instantly, I was impressed. As a runner who frequently goes to the Hoffman-Schaumburg area, I was surprised I had never been on this path before. I’m actually glad I rode my bike on it first because I was able to see the entire loop before going for a run (plus, I’m not in nine-mile shape at the moment.)

Probably because it was a weekday morning, the path remained pretty vacant throughout; we probably passed someone every five minutes or so, which, compared to the constant crowds at Busse Woods, was a nice change. However, most of the path is in a forest preserve, making it pretty isolated.

With scattered hills and lots of curves, it really was a great ride, with a lot of pretty scenery including Bode Lake.  The day I went was 60 and sunny, and although we didn’t need it, there wasn’t too much tree coverage, so on a hot summer day, sunscreen and ample hydration are crucial.

Only a few complaints: there are quite a few stops at major intersections including 59, Bode Road, Golf Road, Higgins Road and Barrington Road, forcing you to take breaks. Also, there’s not many bathrooms or water fountains, so for summer-training marathoners, this might be an issue. 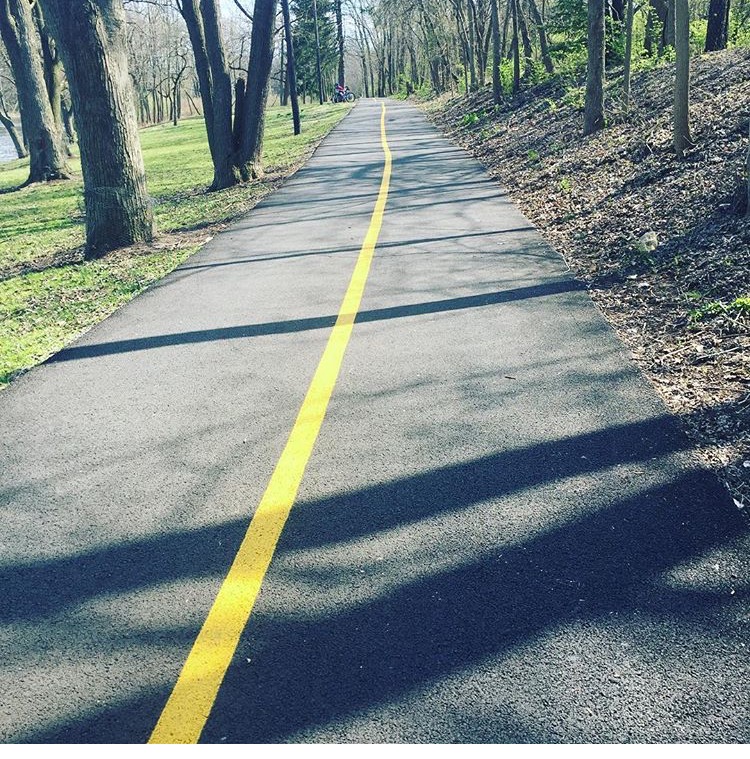 The Fox River Trail spans over 40 miles winding along the Fox River. It begins in Algonquin and ends in Oswego, offering connections to various other trails throughout the northwestern and western suburbs (including the Illinois Prairie Path, Great Western Trail, Virgil Gilman Trail and Prairie Trail).

I started my journey in Geneva at the popular Fabyan Forest Preserve’s “Windmill” location (appropriately nicknamed due to the majestic 68-foot windmill standing in the distance). The morning I went provided a stunning view – the sun rises over the windmill and sheds light over the early morning stillness of the river. In addition to its beauty, the windmill is a popular starting location due to ample parking and newly constructed bathrooms. There is also a picnic pavilion perfect for post-run festivities. The close proximity of the parking lot to the trail provides and additional source of convenience for runners who like to loop back to their cars for hydration and fuel.

The trail was quiet in the early hours I went. Although runners represent the dominant population, cyclists and walkers will also appear to take advantage of all the trail has to offer. However, despite its popularity, the path is rarely congested. The surface of the path varies depending on where it is picked up; the majority is asphalt, but there are also portions of concrete and crushed limestone on different segments. This section of the trail is fairly flat but presents rolling hills as it runs toward North Aurora.

While the river itself serves as a continuous landmark, the scenery is ever-changing. This segment alone offers views of paddle boats and parks in St. Charles, a Frank Lloyd Wright villa complete with Japanese Garden in Geneva and an old train depot (now museum) in Batavia. A number of bridges along the way allow for easy egress from one side of the river to the other.

The Fox River Trail is a great option for those looking for a scenic and serene run with minimal interruptions. There are also many nearby restaurants, farmer’s markets and coffee shops which provide many options for exploring after.