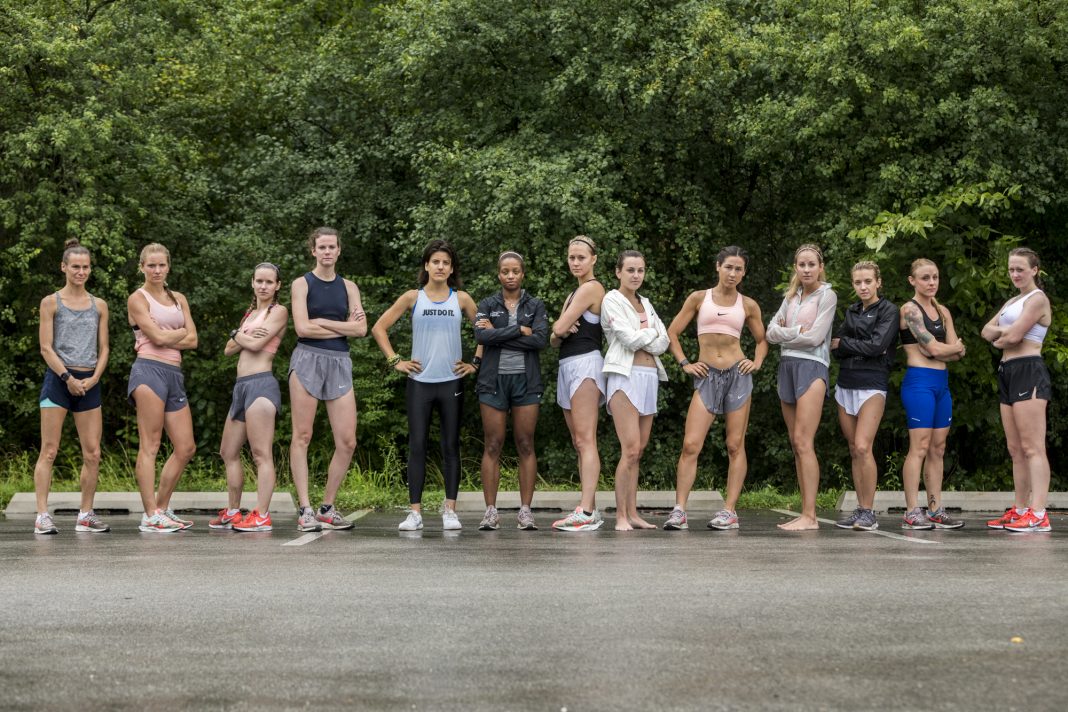 Chicago and its suburbs are drenched in running-group options for local athletes. Nearly every town or running store has its own social group that provides several run opportunities each week at casual paces. There are also many competitive groups whose members are often found on podiums at races around the area. For females just out of college looking for a mix of both, though, the options were limited.

In June 2018, two female Nike employees wanted to change that, and put Chicago female running on the map.

“If you connect female athletes with female athletes, and have them work hard and support each other, can you have that effect of group training work? The answer is yes,” says Robyn LaLonde, head running coach of the female running club the Windrunners.

Three times a week, about ten women get together for various training sessions with the mission of helping each other reach their goals while also working on their own individual ones. While the goals vary from athlete to athlete, the Windrunners compete in the Bank of America Shamrock Shuffle in the spring and the Bank of America Chicago Marathon in the fall as a team, “because they’re great bookends to the running season,” LaLonde adds.

The Windrunners don’t just compete, though; at the 2019 Shamrock Shuffle 8k, the team placed first in the Competitive Division of the Deloitte Team competition, with the top three scoring members earning times of 27:01, 27:07 and 27:11, respectively.

“We recently added that third session of training because when they’re together, they’re magic,” LaLonde, who is also a Nike+ Run Coach and owner of EDGE Athlete Lounge, says. “But every athlete has a full-time job, and none of them are pros, so we recognize that and commend that, but there’s also a balance of commitment.”

In order to join the Windrunners, an athlete would undergo an interview process, followed by a team practice “test run.” Because the Windrunners have created a very team-oriented environment, it is important for all members to be within a certain pace range, and also be a good cultural fit.

Sometimes, LaLonde or the head strength coach Emily Hutchins will recruit a runner to join the group. That’s what happened to Britney Whitehead, after she won a Nike pop-up race last summer.

“When I moved to the city in 2015, I was in that weird limbo because I wasn’t a collegiate athlete anymore, but am such a team person and wanted to keep running with a group,” Whitehead explained. “After watching the 2017 Chicago Marathon, I decided I wanted to do it, but knew I needed a training program, so the Windrunners coming to me felt like fate.”

However, joining a new group can still be intimidating, and Whitehead questioned if it would be a good fit for her. After going on a retreat and getting to know the other women, though, she can’t imagine training without them.

“I’ve loved getting to know everyone and we push each other, and it just really helps me focus,” Whitehead says. “When you’re not part of a team or don’t have someone to train with, you can doubt yourself. It’s so easy to talk yourself out of early morning long runs but a group gets you there.”

Whitehead’s goal for the 2018 Bank of America Chicago Marathon was to place in the top 100 females, and break three hours; she crossed the finish line at 2:58 as the 99th female.

Not only do the Windrunners train hard and compete harder, but they also strive to set an example for female athletes, with a focus on young girls. In fact, Whitehead, who is a teacher, organized a group at her school to get her students to run their first 5k.

“It was similar to Girls on the Run. I just love the direction Nike is going in female empowerment, and the Windrunners have really pushed us to do things to realize we have a lasting impact on girls,” Whitehead says. “It’s been really inspiring and gives more meaning to your running.”

As the Windrunners continue to grow and add members, community involvement is at the group’s forefront.

“Girls are twice as likely to drop out of sports as boys are, so it directly answers the question of how to keep girls in sports and the answer is give them role models.” Lalonde says. “I never did a 5k as a kid, and I wonder what would have happened if I got into distance running sooner.”