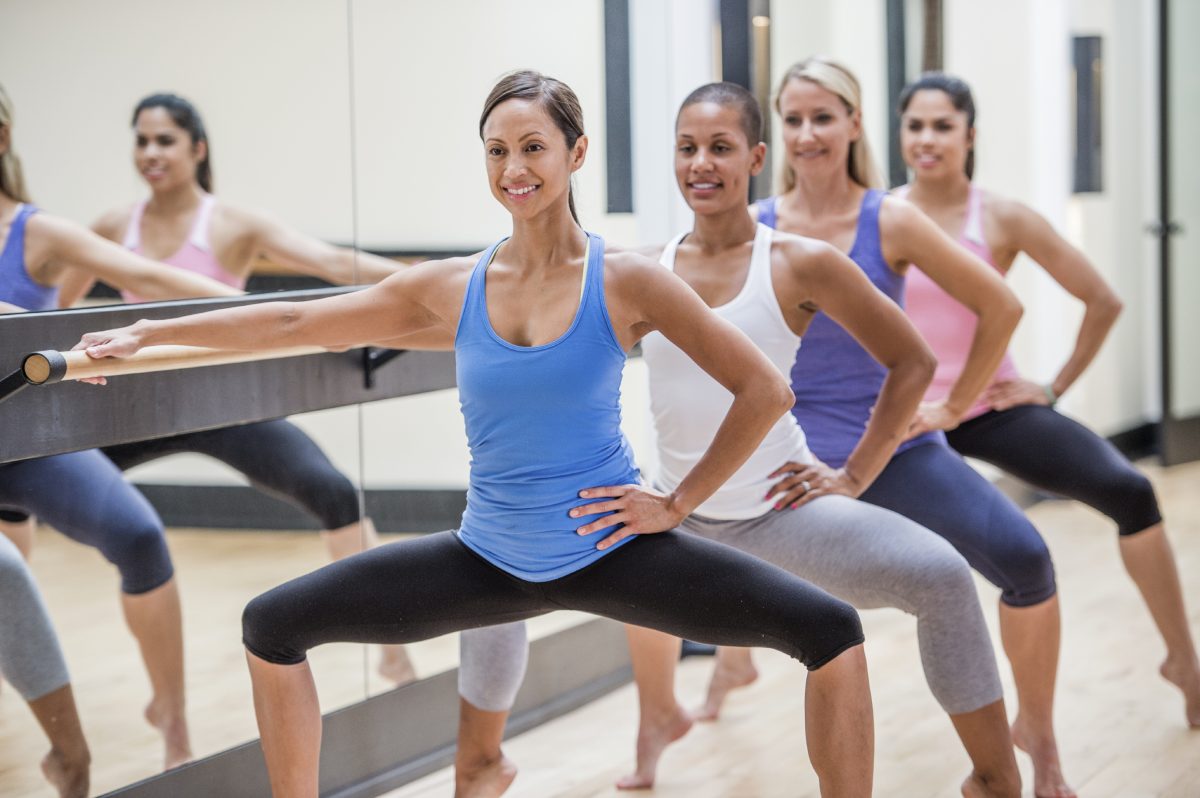 Good news! You can prevent injury and get PRs at the bar.

No, you can’t sculpt your core with craft beer, but barre fitness classes might be just the order you need.

Targeting the core, glute and hip muscles, this ballet-inspired workout addresses all of the “trouble spots” that underlie overuse injuries and limit speed and endurance.

Most classes follow the same structure, starting with a mat-based warm up of push-ups or planks. They’re followed by a series of arm exercises, typically with two- or three-pound weights, and ab moves.

Classes usually finish at the barre with thigh and glute work, including plies and seated holds.

During most of these exercises, you’ll squeeze a small ball between the thighs, which continually engages the core.

Barre uses mostly bodyweight movements, making it very beginner-friendly. But don’t let its simplicity deceive you. Over heavy reps, its tiny one-inch pulses work the core and glutes to exhaustion. They yield benefits for any runner, though, starting with injury prevention.

As such a repetitive and high-impact activity, running strains the same groups of muscles, like the hip flexors and quads, while ignoring core, glutes and hips. If runners don’t devote equal attention to those stabilizing muscles, this creates muscle imbalances and eventually, overuse injuries.

“It works on weak links in the body,” Fred DeVito, founder of Exhale Spa’s Barre studio, said, primarily by “strengthening the hamstrings and glutes and stretching the hip adductors and abductors.”

Beyond keeping runners on the road, its emphasis on core strength and good posture enhances their performance as well. Core and glute weakness undermines both everyday posture and running form, causing runners to slouch, pound their feet and swing their arms across their bodies. These wasted motions limit speed and unnecessarily strains the hips and knees.

Barre instructors emphasize perfect posture with constant cues to open the chest, tuck the hips and engage the core. Runners naturally apply that posture to their running form, boosting both speed and endurance.

When they can recruit their core, runners relieve pressure from the hip flexors and summon more power and speed from their glutes.

This streamlined stride also conserves energy, letting runners go faster longer. Jenny Curt, a runner and Pure Barre regular, agrees. “The exercises focus on [the] core, which has given me better balance. I feel stronger when I run and that translates to more endurance.”

Best of all, runners can reap these benefits without trashing their legs before a long run. Barre strengthens the lower body without straining the joints, making it easier for runners to balance high mileage and strength work.

Ready to hit the barre? Studios all over Chicago offer individual classes and monthly packages at discounts to first-timers. In response to rising demand, barre is developing more variations on the standard class; by using high-intensity cardio intervals, additional weights or heated environments, its letting runners customize their experience to their training needs.

So whether you’re in peak week or building a base, there’s something at the barre for you.