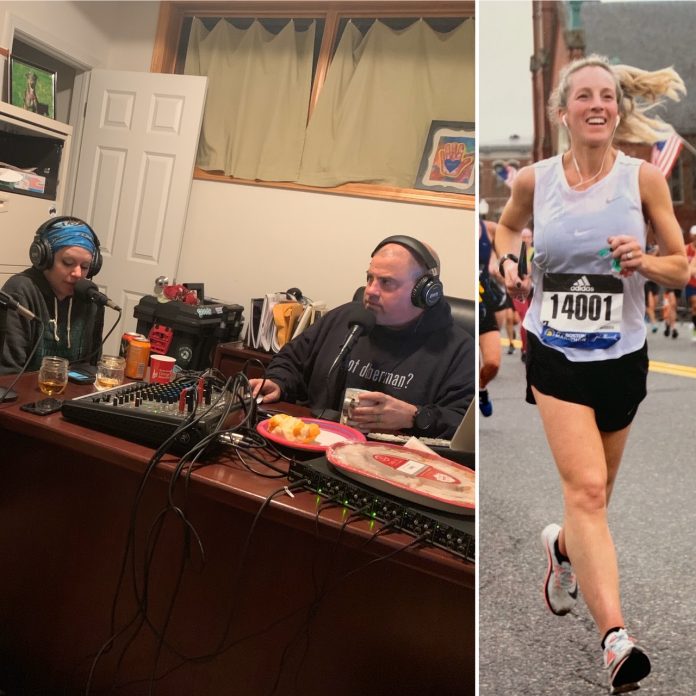 COVID-19 has caused a huge shift in life for everyone. Most of us are being asked to stay home, while essential workers still have to go to work each day. We have all found a new appreciation for grocery store workers, food delivery drivers, and, of course, our medical professionals and first responders.

Until last week, many Chicagoans had a hard time actually staying in. Mayor Lightfoot has had to close the LFT, 606, and parks in order to make her point. Well, the point has been made and we are in. We are following the City’s mandate to “stay in, save lives” and we are binging on television, Twitter, and podcasts.

We are also seeing lots of innovative crossovers coming out of the media, which inspired my friend Scotty Kummer and I to do the same. Scott is the host of the popular Chicago-based podcast, Ten Junk Miles. Aptly touted as a “runner’s podcast”, the show features Scott, along with guest hosts, Holly Lindroth, Adam Benkers, and Rachel Ingle. The show is full of humor, wit, and friendship. 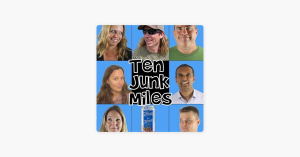 As the times have changed these last few weeks, Scotty has begun doing one-on-one interviews with some of the listeners so that people will have a running buddy for our solo runs. It’s been fun to get to know so many people that are a part of the Ten Junk Miles nation.

Since we both interview people, Scott and I decided to do a crossover Podcast/Interview with a few local race directors who have been impacted by the COVID-19 pandemic. We spoke to Michele Hartwig, of Ornery Mule Racing, Tom Jordan, of the Shamrock Beer Run and Wine 5K, and Greg Hipp, Executive Director of the Chicago Area Runner’s Association.

This article will cover the basics but to dig deeper into these race directors and how they made the decisions to cancel/postpone, listen to the podcast here.

Michele owns and operates Ornery Mule Racing, which puts on several trail and endurance races throughout the year. So far, Michele has had two races impacted by the COVID-19 pandemic.

A popular spring race, the Earth Day 5 mile/15K/50K draws hundreds of runners and generally sells out well before the race. Held at Veteran Acres and Sternes Woods in Crystal Lake, the course features winding single track, rolling hills, blossoming spring flowers, open prairie, and pine forest. It’s a great way to start spring and one of my favorite, but challenging races. The race was scheduled for Saturday, April 18, 2020.

“We postponed Earth Day right away,” explained RD, Michele Hartwig. “We had  to go by CDC guidelines. My son was following the development of this virus from the start and I was aware the whole year would have to be different.”

They had initially postponed Earth Day to early May, but quickly moved it to October 17th when it became clear that early May would still be impacted. As a participant in this race, I greatly appreciated the early notification of the postponement and the opportunity to participate virtually.

I am running, or plan to be running the Detroit Free Press Marathon on October 17th, so I will not be able to run Earth Day on the new date. I think this will be a common theme in fall racing this year, as our fall is quickly becoming crowded with extra races. “We added fun and creative categories to our virtual race option such as most creative race route, shortest, continuous 50K loop, and best post race recovery food or drink.”

Michele had a second race that was impacted and is a notorious one with trail runners. The Kettle Moraine 100, 100k, 50k and 38 mile was set to celebrate it’s 25th anniversary this June 13th and 14th. This classic ultra is 100% trail with the exception of a few road crossings. 65 miles of the course is run on the Ice Age Trail.

“Everything was escalating fast and we felt pressure from our runners to make a decision about postponement,” explained Hartwig. “I realized how hard it is to train properly when your under an extreme amount of stress, as many people find themselves in right now. So, we took the postponement date of September 19th and let our runners know right away.”

Michele is right on with her assessment of training and stress. So many people are dealing with stress in different ways right now. From financial insecurity to emotional distress, training for an ultra is just not a priority right now.

Michele didn’t have too many upset runners and attributes that to the fact that Ornery Mule is a local racing company with a running community.

Tom Jordan is the owner and operator of the vastly popular Shamrock Beer Run series. This St. Patrick’s Day themed race takes place in March in three different locations: Chicago, Rockford, and Milwaukee. Thousands of runners come out to this festive event, which is an untimed race, where runners are greeted by local breweries every 1K.

“I’m a runner so it’s strange that our most popular event isn’t even a timed race,” explained RD, Tom Jordan. “We include local breweries so they can showcase their brews. Runners get to sample a different beer at each 1K and then choose their favorite pint at the finish line.”

The swag at these races is incredible and includes a high quality t0shirt, pint glass, and heavy duty bottle opener/medal. The race begins at 2pm and is more of a party, than an actual race.

“We were able to host the Chicago race because it was in early March, but were told by the cities that we had to cancel the Rockford and Milwaukee races, which were later in March. People were pretty upset about the Rockford cancellation because it was one of the first races impacted. By the Milwaukee races, the runners were suspecting cancellation.”

Because of the nature of a St. Patrick’s Day themed race, it would have been hard to postpone these, so Jordan decided to turn them into virtual events. Runners had the option to donate their race fees to the charity assigned to each race or have their swag mailed to them and race virtually. 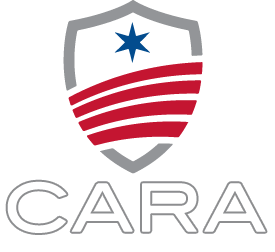 Greg Hipp is the Executive Director of the Chicago Area Runner’s Association (CARA). CARA hosts several races each year for the road running community, including the Honda Miles Per Hour Run this past February and the Wintrust Lakefront 10 Miler and 5K.

CARA also serves as the hub for races throughout the Chicago region, a training provider for the Boston and Chicago Marathons, and an educational resources for race directors. CARA has provided advisement to race directors throughout this period and has attempted to educate runners about various policies associated with race registrations.

As of today, only the Wintrust Lakefront 10 Miler and 5K has been impacted. CARA decided early to postpone this race from April 18th to July 11th. Unlike many RD’s who have gravitated toward a fall date, CARA chose a summer date because it aligned with their various training programs for half and full marathon distances.

As we face this unprecedented time period, it’s so important that we give Race Directors, other runners, and ourselves grace. It’s all different right now and we have to be flexible with new dates, new races, and new ways of running.

I encourage you to listen to the podcast that partners this article on your next solo run to dive deeper into these race companies and how they made the decisions they made. And, if you need a bit of humor, check out TJM’s latest gang show, done remotely. You can even get a tour of Holly’s home if you watch the youtube version!