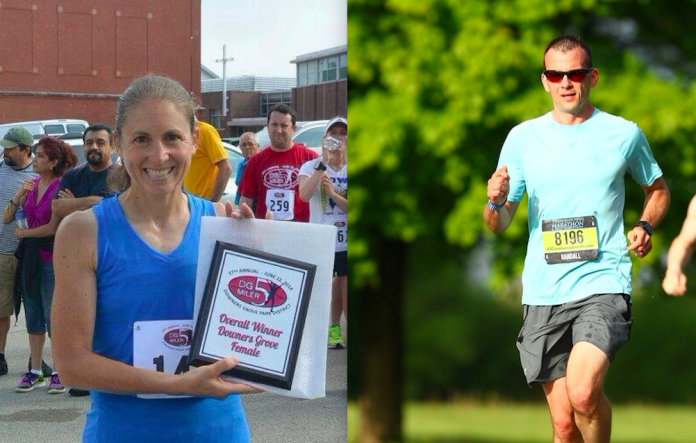 How did you start running marathons?

I would run on this horribly tiny track at the health club near my house. I think it was 16 laps = 1 mile. There was a guy who ran around the same time as me and we started talking and he said I seemed like a decent runner and that I should run a marathon.

When did you first qualify for Boston?

How many marathons have you completed?

I won the 2011 Indianapolis Marathon in October, just two days before my 40thbirthday. It was a small race, but it is still pretty awesome to say I won a marathon.

Why did you start running?

I started running about 7 years ago, after putting on several unwanted pounds.  I had been a runner in high school so naturally I felt that running would be an easy way for me to lose the weight. I’ve been running consistently ever since.

How do you juggle training and family?

Being a father of two can sometimes make it hard to fit in a run. Luckily, I have a very supportive wife. I have made a habit of running home from my youngest daughters softball practices and games. My oldest daughter has been a runner for a few years now and running with her is a great way to bond and they are always my favorite runs of the week!