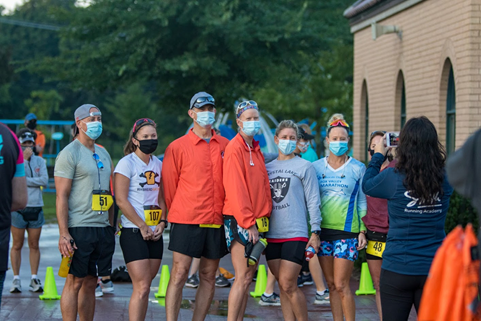 This global pandemic has the entire world not knowing which way to turn next. Life hasn’t been “normal” since early March and it could be awhile before we see life like that again. But we’ve all been yearning for something that makes us feel slightly more “normal”. For us endurance junkies, that came in the form of a half marathon in Crystal Lake on September 13th.

The Crystal Lake Half Marathon went off without a hitch and I think it was safe to say that EVERYONE was relieved to have that small ounce of normalcy back. Safety was their first priority, from the moment you registered until the moment you departed the finish line area. Registration included a COVID-19 questionnaire, along with a list of rules that MUST be followed by all athletes if they wanted to participate. Race Production By Trudy worked closely with their biggest sponsor, Smith Physical Therapy & Running Academy, to offer an event that was sure to keep us talking for years to come. 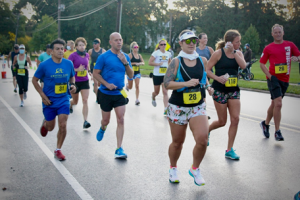 Masks were peeled after runners crossed the starting line: Coral A

As a Crystal Lake native and an avid racer for years, this was an opportunity I couldn’t say no to. I knew I wasn’t in “racing shape” but I wanted to see what my legs were capable of after a summer of more relaxed miles. I toed the line (with 37 others) in Coral A and found a groove early on that I hoped to hang onto as long as possible. I cruised through the Gates along Crystal Lake, made my way through Lippold Park, and eventually found myself in my own neighborhood. This might be as meaningful as a race can get. This is my home turf; these are my roads. I know how to run these roads in every condition. It’s the year 2020. And I’m lucky enough to pin on a bib and race my own turf. That’s all you need to know about how happy this event made me.

The finish line greeted me in the Downtown Crystal Lake area. I grabbed my water bottle, spotted a friend of mine that had me beat by about a minute, and we immediately ran back out to cheer on the rest of our crew. 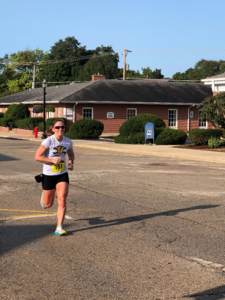 I have such gratitude for everyone involved that helped make this race happen this year. I don’t care who you are, this year hasn’t been easy. Everyone has had their world turned around, and then some. The fact that this event was held in such a safe manner and offered the community peace of mind while given the chance to forget about life for 13.1 miles speaks volumes.

If this is what these race directors are capable of during a global pandemic, what are they capable of once life returns to “normal”?