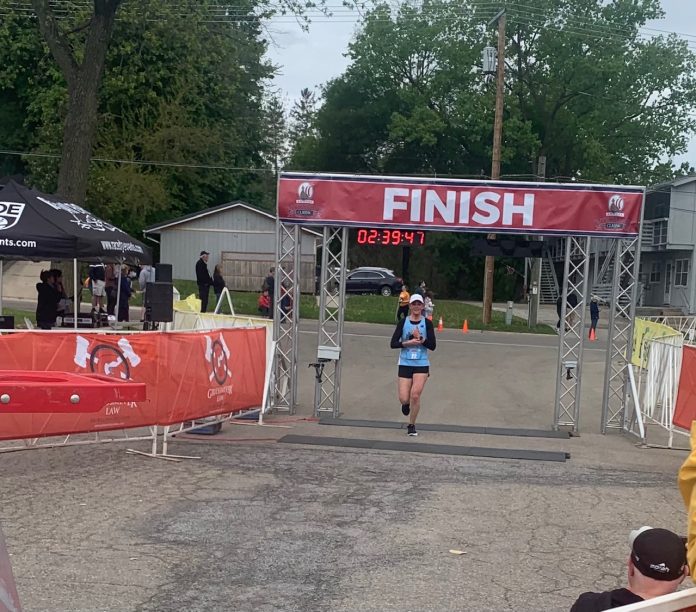 On Saturday, May 15th, I participated in the Syttende Mai Run and Walk. The oldest long-distance race in Southern Wisconsin, this race was in it’s 49th year. This “Norwegian Marathon,” is part of a city-wide celebration of Norway’s May 17th Constitution Day. Participants had the option to compete in the 20 mile run, 10 mile run, or 17 mile walk. All events began between 7am and 8am on Saturday morning.

This is one of the most unique races I have ever run. I ran the 20 mile segment, which was a point to point race, beginning in Madison and ending in Stoughton. The race was put on by Race Day Events, a race company that does an excellent job in pre-race communication, course marking, and runner support.

Runners were encouraged to park in Stoughton at the finish line and grab a shuttle bus to the start line in Madison. The ride was about 30 minutes, and stopped at the half way mark to drop off the 10 mile runners, or as a fellow bus mate jokingly stated “the smart runners.” We stayed on the bus and were treated with a partial course preview of the hills that would await us. 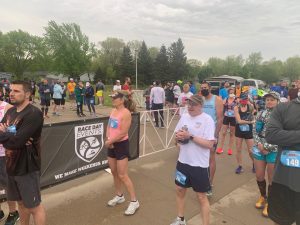 The start line was in Madison at a school, where runners were able to drop bags and use the porta potties. At promptly 7:30 am, the “Norwegian royalty” sent us off to tackle the course. And by tackle, I mean burn our legs on hills throughout the entire 20 miles. My Strava showed 715 feet of elevation, a point which I had not been aware of prior to starting the race. 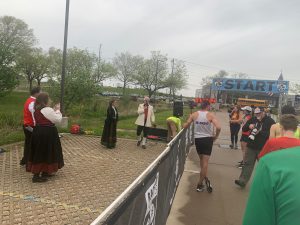 Point to point courses are extremely difficult for race directors, but Race Day Events has continuously shown runners that they are up for the challenge. We wove through several towns as we made our way back to Madison. The course was scenic and paved, but the hills were intense, especially for those of used to Chicago flatlands.

During the last 2 miles, runners wove through downtown Stoughton and were greeted by cheers along the streets. Many of the shops had pulled out tables in anticipation of the festival that was planned throughout the day. Also included in the festival are a canoe race and strongman competition.

I don’t know if this comparison has been made, but I was struck with how similar in experience this race is to the Boston Marathon. Both races are point-to-point and run through several cities and towns. Both races require runners to take a shuttle bus from the finish line to the start line. And probably most notably, both races are crammed full of hills, challenging one’s quads and hamstrings to the core.

Despite my lingering soreness, I’m already looking to sign up for this race again next year. Another job well done by Race Day Events and a huge thank you to the volunteers and spectators that lined the streets to cheer us on.