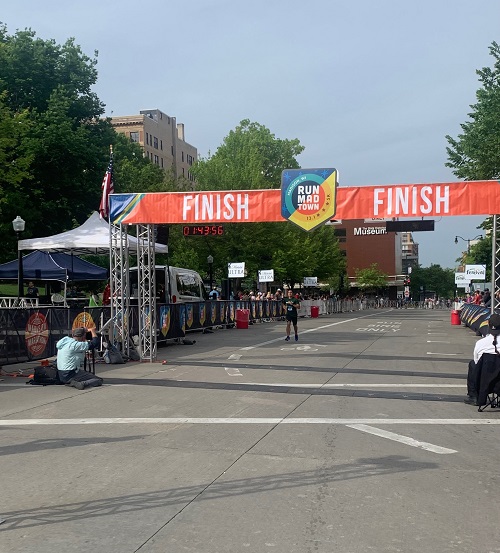 On Sunday, May 29th, Run Madtown returned to downtown Madison and offered runners a 13.1 or 5K filled with hills, hills, and more hills. Did I mention that it was HILLY?!?

Wow – what a course. Don’t get me wrong – it was beautiful and ever changing as runners wove through the downtown streets to begin. Downtown Madison is straight out of a Hallmark movie with coffee, wine, and art shops lining the streets. Not to mention charming restaurants and boutiques.

Runners began at the capital building where the race company had streets closed and it felt like a true party at the start and end. 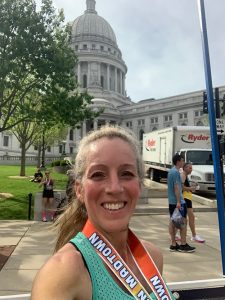 It was very fun to read all of the different signs on each of the shops lining the downtown streets. Nearly every storefront was filled, which was a nice thing to see.

After the first few miles, runners enjoyed a tree lined path that wove around Lake Wingra and offered runners both shade and nature. We circled past a golf course and even ran through the University of Wisconsin.

It was a very well thought out course that required an immense amount of planning by Race Day Events. The course was very well marked and volunteers were available at every turn. Aid stations offered water and a sports drink every few miles and local law enforcement had streets closed for runners.

Luckily race morning temps were cool in the high 60’s and low 70’s and the sun only peaked out toward the end of my race. But, wow those hills. It’s similar to the Cary Half Madness in that the hills were really spread throughout the course with a killer toward the end. 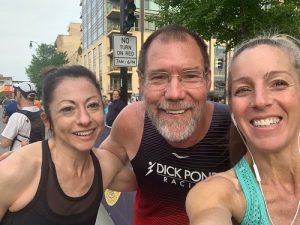 All runners received a short sleeved shirt and finishers medal. And, we were treated to a great breakfast at the end of the race. Thanks to Madison Festivals for an incredibly well done race. 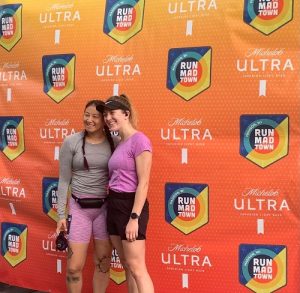