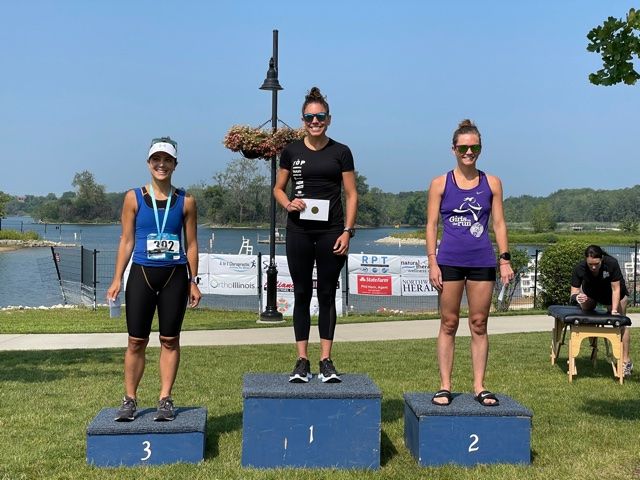 Swim. Bike. Run. Minus the bike and you get the Crystal Lake Aquathon. In the 4th year of the race, athletes were treated to perfect weather, incredible volunteers, awesome food and totally unique medals.
The Crystal Lake Aquathon offers four options: Sprint Distance (500m swim/5k run), Olympic Distance (1mile swim/10k run), 2 mile open water swim, and a Kids race (250m swim/1mile run). The swim is in the Three Oaks quarry and the run goes through trails, sand/gravel and pavement and is not flat!
The Olympic distance swim was essentially a triangle around three islands in the quarry. The sight buoys were great and the turn buoys were fun objects (swan, unicorn and flamingo). The swim ended up being wetsuit legal, which made many athletes very happy! The Sprint distance was a different course, and the 2-mile swim option was the Olympic distance course done twice.
The first mile has three nasty uphills (one on pavement, and two double hills on grass), but there were SO many volunteers on the run course that you almost forgot that you were climbing these hills. The next mile was primarily pavement and included another water stop. The final mile was more on gravel/crushed limestone type surface and was the fastest mile of the route. The Sprint distance athletes turned to finish at this point, while the Olympic distance athletes did one more loop. 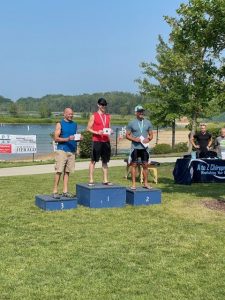 All finishers received a wine bottle opener medal which was for sure the most unique race medal I’ve ever received (and, yes, it works for opening beer in case you’re curious). Athletes were treated to an excellent post-race food spread courtesy of Fork It Foods, legit 10-15minute massages thanks to Natural Therapy Wellness Center, and smiling and happy volunteers throughout the race. Race director Denise Smith truly thought of everything for this race all while managing her own physical therapy company (she is an amazing PT for those of you local to McHenry County!). Even if you love the bike portion of a typical triathlon, this is most definitely an event that you should mark on your calendar for the first Sunday in August of next year! 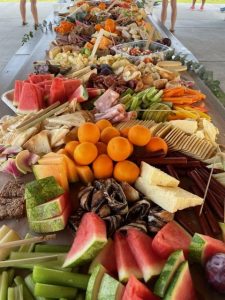